Originally, this post was going to be a pretty short piece about anthropocentrism, delving into Otherness and understanding the gods as non-human. It’s a topic that people are already talking about – here and here. But what started as a short post grew into a bit of an unwiedly one, so I’ll be splitting up my thoughts into two posts concerning the topic. These will pretty much exclusively focus on the Other People’s approach to the issue, and I look forward to delving into it. (I’ve got around 10 tabs open for just this one issue!) I also want to link to this post, which touches on a lot of what I’ll be covering when I write about this stuff.

That said, before writing on anthropocentrism, I want to pose a challenge to the Pagan blogosphere.

“I realize that saying paganism has a Messiah Complex is applying really strong language; after all, the state of mind characterized by the belief that one is exceptionally unique, with a predestined mission, is delusional, and can even be schizophrenic. But might the actions of The Human (our species as a whole) be seen as delusional, and more than a little pathological, by other species looking in at us?“

Statements like these are incredibly problematic. Or, more simply, totally not-cool. I realize my pointing these comments out may seem like nitpicking, but I’m hoping to tie them into a larger tendency in the Pagan blogosphere and communities that we need to challenge. Namely, our tendency to use ableist language and pathologize behaviors we don’t like.

Ableism is an issue that we’re seeing more people discuss in Paganism and polytheism, at least with access to public rituals and such. There is also a blog here on Patheos Pagan, Staff of Asclepius, which “is for Pagans with mental, physical or sensory impairments; who are in recovery from major injuries or addiction; and/or who are members of the Deaf or Blind community.” I’m very grateful that we are seeing more resources and more discussions about these topics, from those with disabilities. But, of course, we’re not perfect, and we still see issues arise in our community concerning disability and ableism.

For me, as a sort of challenge and New Year’s wish/resolution wish, I would love to see us, both online and off, reduce and eliminate our use of ableist language. Terms like ‘crazy’ and ‘insane’ are tied up with mental illness. There was one article I read online that consistently and repeatedly stated that sane people never engaged in destructive behavior. Sane people were never purposely and continually cruel to others. Except that’s not true. At all. Sane people are not magically or inherently better than those suffering from mental illness. Those suffering from mental illness are not monsters waiting to sink their fangs into you. Rhetoric that implies or states that is not acceptable, and we shouldn’t let it go unchecked.

We need to stop misusing psychiatric terms. We need to stop because we are hurting people in our communities. We’re making it unsafe for those suffering from mental illnesses to speak up. (And I should note – if you suffer from mental illness and are not offended, that’s great. Some people are hurt by it, though, and deserve to have that respected.)

So, my challenge to the general, ridiculously large Pagan and polytheist blogosphere, is to stop using ableist language. This includes ‘lame’ and ‘retarded’. I want to see us start addressing behaviors and problems without pathologizing them, without equating them to mental illness. If we do that, we’ll move into better dialogues – and we’ll make room for those that do have mental illness to speak up without (or with less) fear.

Changing our language is just one step, but I think it’s an important one. 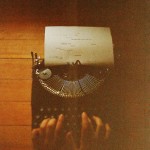 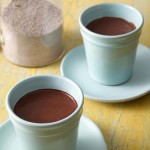 January 14, 2014 Briefly: Update
Recent Comments
0 | Leave a Comment
"I do not think it is easy to reconcile most of the notions of reincarnation ..."
Gordon Cooper No, I Don’t Do Ancestor Work
"I don’t do any kind of ancestor work/veneration/whatevs either. But I also don’t believe that ..."
Corvus No, I Don’t Do Ancestor Work
"January 6, 2021: A day that will live in infamy. I would be lying if ..."
Amanda Ingalls Brief Thoughts on an Insurrection
"It's a great lesson in magical praxis. The material basis to manifest your will must ..."
modifiedlizard Brief Thoughts on an Insurrection
Browse Our Archives
Related posts from Aine Llewellyn - Dalliances with Deities