Every Friday, in the ‘Musings’ series, we’ll be exploring in-depth or complex topics related to the Otherfaith and our gods. These will be wandering, wondering posts, and not presented in any expected order – they are entirely based on events or occurrences that happened during the week.

This Friday, we’re focusing on the concept of pride in the Otherfaith.

My planner includes a variety of blocks, each sketching out when to study what, even when to eat – and also when to pray. Right alongside one block lies another, simply reading: ‘Pray for humility‘.

In a faith that lifts pride as a quality to cultivate in ourselves, this may seem strange. the Dierne, after all, is arrogant, enough so that the Clarene and he often come into conflict. (Though that is partially because the Clarene is just as arrogant as the younger god, and two people with so many similarities usually end up fighting.) But we are taught, through worshiping the Dierne and learning the stories of the faith, that true pride comes from within.

What the People call ‘false pride’ is pride based on elevating oneself above others. We compare our accomplishments (or failings) to those around us, and we find them wanting. This sort of pride is associated with the arrogant-obnoxious side of the Dierne. He’s beautiful, and sexy, and powerful, and he constantly tosses his weight around.

True pride, in comparison, is based on feelings of joy from ones own accomplishments when judged against oneself. It is amazement that one has come so far from where they once were, and there are elements of wonder and happiness in such pride. And it is a pride that stands stable regardless of the accomplishments of those around us.

I have such trouble with pride, hence the ‘pray for humility‘ written in my planner. Like many people I have met and spoken to, I swing back and forth between self-degradation and arrogant behavior, and part of worshiping the Four Gods involves finding the calm space in-between those areas. Self-pity and arrogance are seen as two sides of the same coin – and we can see that when we, and the gods, act in arrogance, they are often dealing with feelings of fear or insecurity. the Clarene and Dierne come into conflict when they are insecure in their shared domains, and the Ophelia attacks and tries to stifle the Laetha out of fear that she will be replaced. We puff ourselves up because we feel small.

And sometimes we feel big, bigger than those around us. When we buy into the voice inside us that says we are better than other people, we’re superior, we’re inherently more valued, we lose so much. We lose chances to learn, we lose the ability to listen to others. We also lose some of our awareness and can step on the toes of those around us, and if we’re too lost in the arrogance spiral, we might not even care.

For the Other People, that’s a big, big problem.

Mircea, a spirit that is ultimately defeated and destroyed by the gods, falls into the arrogance trap, his fear of death leading him to try to destroy the land to feed himself – and in him we can see ourselves. (This is important, because Mircea’s story doesn’t teach us that there are Scary Evil Beings out in the world, but that each of us is capable of horrific acts.) He highlights the destructive problems of arrogance. We ignore others’ needs, because we’re better than them anyway, right? We deserve this luxury, they don’t. Rather than true pride, which allows us to be confident in our skills and our desires, false pride leads us to become hollow devouring monsters, constantly in search of that which will heal our wounds, but never looking inside ourselves.

That dream we share with the gods shows us that for their world to blossom with ours, we have to be aware of the world inside our hearts. Many of the conflicts in the Otherfaith myths come from someone not knowing what is inside their heart, or being afraid of their inner worlds, or stifling what is inside them – but the way we are taught to unlock that dream we have with our spirits is through understanding how our own inner worlds advance or halt that dream, and understanding pride is part of exploring that inner landscape. 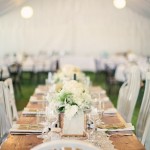 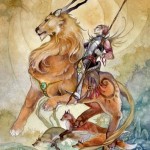 February 3, 2014 Monday Tarot: Knight of Wands
Recent Comments
0 | Leave a Comment
"Thank you! I'm glad you liked it."
Aine Pop Culture and Paganism
"Thanks so much for addressing this! Great post!"
Kris Hughes Pop Culture and Paganism
"Glad to see you back, great post. I’m not from otherfaith but created my own ..."
R. V. ‘Dalliances with Deities’ Opens Again
"Au revoir!"
A Witch's Ashram Moving Forward
Browse Our Archives
Follow Us!