Every Monday I will do a quick one-card draw from one of my Tarot (or oracle) decks and interpret the card. This isn’t going to be ‘introduction to the Tarot’ or ‘intro to divination’ or anything like that, and my interpretations should not at all be seen as the only or correct way to read the cards. These posts will focus on the interpretation of the card as it is related to the Otherfaith and act as a jumping off point for musing and discussing the Four Gods & their work.

The way I read Tarot is very, very intuitive. I’m not writing these posts to teach, but rather to share my thoughts and hear other ideas about the cards and their influences. If you’re expected someone who has read endless books on Tarot or can tell you their history, I’m not your girl! I read the cards the way they speak to me, and that’s pretty much it.

Today’s card is XXI the World from the Shadowscapes Tarot.

If you didn’t notice the above change – I will be focusing on the Otherfaith interpretations now, since the ‘personal’ and ‘Otherfaith’ were already blending so much as I kept writing these posts.

Otherfaith Relevance: Tied to the Clarene & Laetha, as well as the West and our own world.

This card pops up frequently when I’ve asked other diviners to read about the Otherfaith. When I seek aid or counsel about what I should do or where we are going, inevitably she appears, the last card in whatever spread used, the last card in the Major Arcana to boot. She seemed to pop up and say, “Don’t worry, this work is going somewhere.” It was always a comfort in moments of spiritual frustration.

This card has meant the Clarene to me for a long time – partially because of that comfort it has offered. the Clarene is the beginning and the end for the Other People. She opens the Gate of the faith to us, welcomes into her home, turns us into one of her people. She buries our mystics and births them anew into monsters. And, if the faith is our main religion, we go to her after we die, to live out another life in her world.

But this card also meant her world – and ours, as they are connected, and when mentioning one it isn’t really accurate to exclude the other – and her world meant her son. (“Her son is the land.”) And it was fitting that the first god to properly come to me, the Laetha, would be associated the ‘last’ card.

the Laetha is complicated with his relationship to the land. He is both the land itself and the destroyer of the land. He’s the only god that can really make the world right again by bring it (also himself) back into alignment with the other gods. He is both the land and apart from the West, the one who’s body we walk on while also being a great fiery bird in the sky. And he is, in the myths, completion. He returns, battered and tired, to his mother, and he heals himself and the world by accepting all the pain that has been inflicted and seeing a way forward.

The stories I’ve been told tell of a time when the West was separated from the other worlds, when the suffering of the gods split the holy West away from all else. They say that the only way the worlds were brought back together was through the acts of sacrifice and love the gods and spirits offered, and of the healing that the gods chose to undergo. The mythos that I worked with last year, much of which is still not published or properly pieced together in written form, was all about that time. And after seeing what the gods would show, and knowing what they knew, I felt a peace at the communion our worlds now share.

We had returned to the end, but because of the cyclic nature of life, the World is not the true end – she is the beginning again, a stable point to leap off of once more, just as the gods do. 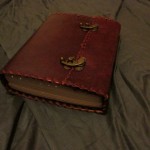 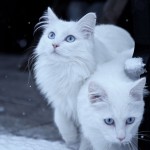