A Goodbye to Witchvox

As you may have heard by now, the Witches’ Voice will be shutting down in December. Here on Patheos, Jason Mankey and Heron Michelle both have articles about the news (edited to add: Thorn Mooney also has a post up).

I don’t have a lot of the same experiences older (even just a few years older) Pagans had with Witchvox. When I was coming into my own as a young Pagan Witchvox was still putting out weekly articles, but networking had begun shifting to Facebook and other social media platforms. The articles were my main interest on the site. I learned a lot from reading various opinion and education pieces. I absolutely agree with Jason when he says, “It’s not wrong to suggest that the Witches’ Voice was also the first significant Pagan Blog.” I probably wouldn’t have gotten into Pagan blogging without the steady stream of Witchvox articles that fed my youth.

Even though I never found a coven to initiate with through Witchvox (as I’ve seen many people report), I do think that the spiritual path I’m on now wouldn’t exist without it. I reached out to tons of other young Pagans through the site. I am still friends with some of those people now! I wouldn’t have been inspired or had the opportunity to connect with people across the globe without Witchvox’s extensive listings.

The news of the Witches’ Voice shutting down hit me the same as when I found out my favorite cafe back home was closing shop. Even if it’s understandable, even if we knew it was inevitable, it still just sucks.

Still, time moves on. And Witchvox does have a Facebook page. They’ll be archiving all the data as well.

There’s been a lot of changes in online Paganism over the years. I never really experienced the heyday of Yahoo email lists, though plenty of my friends have stories from the time. I never brushed up against the pagan Livejournal scene either. (Thank goodness, because I was young enough I’d have made a massive fool of myself!) Most of my experiences with online Paganism were through forums, like the still-running Ecauldron and many, many other smaller tiny forums that existed for a year before poofing into the ether. A lot of people say forums are dead now too. I’m not entirely sure I agree, but they have definitely fallen in prominence.

Witchvox shutting its doors is an end of an era. What the new era of online Paganism will look like… Who knows?

Blogging seems to be going strong. There’s not only big hubs like Patheos but hundreds of smaller blogs spread across WordPress and Blogger and other hosting services. Social media websites have their own pockets of Paganism and witchcraft that have developed their own unique flavors (and faults). Youtube and Instagram witchery are often very distinct from the rest of broader Paganism. To me, it all feels a lot more partitioned.

The Witches’ Voice brought tons of people together. It helped form in-person communities and connected people from a variety of traditions. It represented, to me, a diverse but more unified Pagan community than we have now. (Of course, witch wars and in-fighting have been with us since the beginning.) And it filled a need in our communities that is now being filled in a dozen different ways. I’m going to miss it.

Many, many thanks to those who built and worked on Witchvox over these two decades. You gave Paganism an amazing gift. 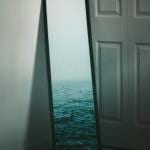 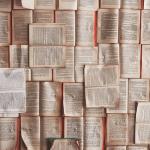 November 22, 2019 Reading Thoroughly
Recent Comments
0 | Leave a Comment
"I do not think it is easy to reconcile most of the notions of reincarnation ..."
Gordon Cooper No, I Don’t Do Ancestor Work
"I don’t do any kind of ancestor work/veneration/whatevs either. But I also don’t believe that ..."
Corvus No, I Don’t Do Ancestor Work
"January 6, 2021: A day that will live in infamy. I would be lying if ..."
Amanda Ingalls Brief Thoughts on an Insurrection
"It's a great lesson in magical praxis. The material basis to manifest your will must ..."
modifiedlizard Brief Thoughts on an Insurrection
Browse Our Archives
get the latest from
Aine Llewellyn - Dalliances with Deities
Sign up for our newsletter
POPULAR AT PATHEOS Pagan
1

How Do I Know If A...
John Beckett
Related posts from Aine Llewellyn - Dalliances with Deities