The Witches’ Voice: A Love Letter

I feel like I grew up with The Witches’ Voice. I can remember discovering it back in the late nineties and being completely blown away by how much content was suddenly available to me, for free. I lived in DC at the time, and there were only three other teen listings, one of whom was a girl named WolfSong. I never messaged her, but I should have, because her WitchVox listing linked to her LiveJournal, and she wrote almost exclusively about therianthropy, which is how I learned that was a thing. I followed her on lj for years. Since then, I’ve moved a half dozen times, and every time I’ve updated my profile, scoped out the local listings, and inadvertently memorized practically every personal in every town I’ve occupied. I kind of wish I’d reached out to more people.

I used to aspire to have articles posted there, because people on message boards would brag about that sort of thing. “I’ve been published on The Witches’ Voice,” they’d say with authority. There was even a teen page, and there were so few places for teenagers online in those days. I made my first Pagan friend through the listings in Virginia, meeting up with a girl name Raven at a Mars Music and imagining what life would be like if we started a Pagan rock band.

I started my first college Pagan group through WitchVox, too. Aside from my personal listing, this was the first time I had cause to make a group posting. I got three responses: one from a girl in my own dorm, one from a graduate student, and one from a library employee. How cool is that? Yes, one of them showed up to the first meeting and claimed to be able to start fires with her mind, but it was a start.

I also found shops! Even now, when I travel the first thing I do is pull up the corresponding WitchVox page and see if there are local metaphysical and witch stores to cruise. I found Woman’s Wish this way, which used to be in Occoquan, VA. Its owner, Arlene, was the first grown-up Pagan I ever met, and she ordered my first copies of Triumph of the Moon, What Witches Do, and Eight Sabbats for Witches. She’s still on my ancestor altar, and I like to think she’d be pleased with where my life took me.

There are many people I sort of wish I’d interacted with. For years, a dude by the name of Witch69 would post on the North Carolina pages, looking for a single, romantically available woman he could train to be high priestess of a coven most of us were pretty sure never existed (one version of the listing claimed to have acquired a yacht specifically to accommodate meetings). Pretty questionable, yes, but at pagan meetups and CUUPS rituals, people would mention him, just because his posts were so bizarre. He changed his name a few times, but we could always tell it was him. He was a legend in our community. Witch69, wherever you are, I light a candle for you.

As a Gardnerian, it was always amusing to watch new coven and individual listings appear, claiming lineage, and then watch them disappear when you’d reach out to say hello and see if you could meet up and chat. As fellow Gardnerians, of course—certainly never to call a bluff or make a point. Every now and then, I would make a friend, though, which happened when I moved to Raleigh and reached out to a local coven only two months ago.

WitchVox led me to the coven that would eventually initiate me. It also led me to covens that were stops along the way before that. Foxglove, thank you for never responding to my inquiries; I found another way, and I trust it was the one I was meant to. I was too young for what I was asking for, and I figured that out eventually.

WitchVox helped me start countless book clubs, three college Pagan groups, launch two websites, and form my own coven, once I was ready. It made me feel less alone, and came with the added benefit of my parents, bosses, and school bullies not knowing  it existed, which meant that it felt private and safe in a way that Facebook never will. It was an archive—a testament to the weird, wonderfulness of the community I was just getting to know, and would come to devote my life to.

It’s the end of an era, for sure. I’ve been pointing people to WitchVox this whole time, and I recommend it as the best place to find others in my book. I still get one or two inquiries a month through my own listings, and I’ll miss those. Even the ones that were just, “When does your coven meet and where I want to join.” I hope those people eventually figure out why no one ever responded to them.

I’m one of the few people who still checks in regularly (thought I managed to update my coven listing and not my personal…whoops). I’ve never gotten viable seekers through Facebook, and I won’t be turning to it as any sort of replacement. Maybe nothing can replace WitchVox, I don’t know. I hope we’ll build something new. I hope we’ll go out and look for community, instead of just complaining that there isn’t any, which is what so many seem to do.

To Wren Walker, Fritz Jung, Peg Aloi, and Diotima Mantineia, thank you for this extraordinary gift. You have been the architects behind the most important communities in my life. 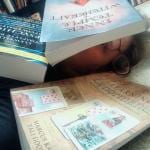 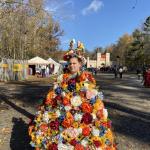 January 2, 2020 Saying Hello to a New Year
Recent Comments
0 | Leave a Comment
Browse Our Archives
get the latest from
Oathbound
Sign up for our newsletter
POPULAR AT PATHEOS Pagan
1

An’ it Harm None, Do What...
Beneath the Moon
Related posts from Oathbound