Is 2 Timothy 3:16 a Good Defence of Sola Scriptura? 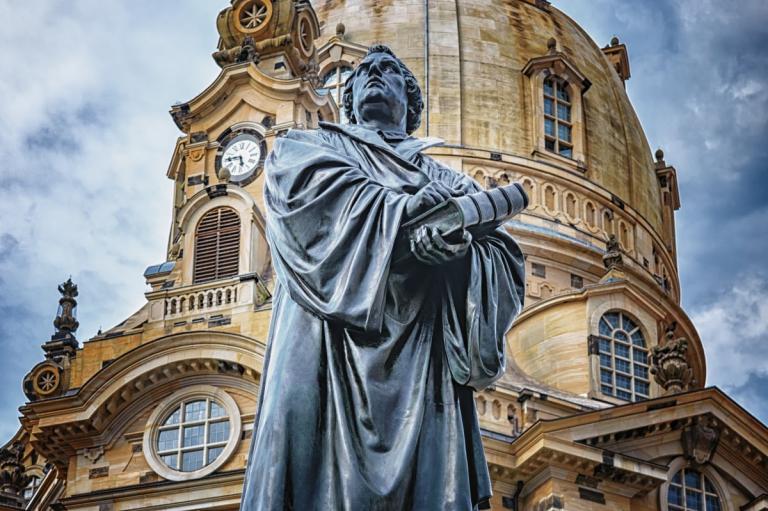 Up until the time of the Protestant Reformation in the 1500’s all Christians believed that their faith was shaped, understood, and transmitted through a combination of Sacred Scripture, Tradition, and the Magisterium—the authoritative teaching office of the Church.

(Orthodox Christians, despite a schism in 1066, held this to be true in their own way as well.)

This begins, we can clearly see, in the pages of the New Testament itself which chronicles the very first Christians wrestling with Old Testament Scriptures, Tradition, and ultimately using the authority that Christ gave his apostles, namely Peter as the chief apostle, to settle one of the first major disputes in the Christian church (cf. Acts 15).

The process begun at the very first church council and continued, unabated, until Luther and the early reformers challenged the authority of the Catholic Church and developed a new protocol for guiding their faith: the Bible alone. Sola Scriptura, in Latin.

What Luther’s challenge meant was that for Protestant Christians, their beliefs and practices would no longer be formed by the working of Tradition, handed down since the apostles, and the ultimate authority of the Church to rule on matters of faith and morals, a charge that Christ gave to Peter and the apostles, but by referring to the collected writings of the New Testament as the only guide for the Christian faithful.

In other words, using the Bible as their only guide for faith.

It is, ultimately, a very difficult position to defend because as Catholic Answers apologist Jimmy Akin notes in his new book on the Bible, the doctrine of Sola Scriptura is found nowhere in Scripture itself. The Bible itself does not tell us that it’s the sole rule of faith. In fact, it does the exact opposite, in several instances.

One verse which is frequently employed to defend a view of using only the Bible as a rule of faith is 2 Timothy 3:16.

In this letter of Paul we find the zealous apostle writing to Timothy, his apprentice of a sort, and instructing him in various ways and means of the faith. Paul is likely close to death and is giving Timothy some final, passionate instructions on how to watch out for people who would try to deceive him and to encourage him to cling to what he’s learned since he was a child. Finally, Paul writes,

But as for you, continue in what you have learned and have become convinced of, because you know those from whom you learned it, 15 and how from infancy you have known the Holy Scriptures, which are able to make you wise for salvation through faith in Christ Jesus. 16 All Scripture is God-breathed and is useful for teaching, rebuking, correcting and training in righteousness, 17 so that the servant of God may be thoroughly equipped for every good work. (2 Timothy 3:14-16)

The charge, in 2 Timothy 3:16, that “all Scripture is God-breathed” is often held as a defence of Sola Scriptura.

Since all Scripture is God-breathed, goes the challenge, it is all we need to understand our faith. After all, Paul doesn’t tell Timothy in his dying breath to cling to Tradition or to trust that if we ever have disputes the Pope will sort it out. It is Scripture that Paul exhorts Timothy to trust, therefore it is all we need.

But this defence is anemic at best.

A short examination of these two key questions will, I think, make it abundantly obvious that 2 Timothy 3:16 is not, in any way, a good defence for Bible alone Christians.

What Scripture is Paul Referring To?

A translation primarily created for Jewish people living outside of Jerusalem, the Septuagint was widely read in the Greek speaking world and modern discoveries, like the Dead Sea Scrolls, are only shedding more credibility on this translation of the Old Testament Scriptures as likely more original than even some of the Hebrew translations used by the Jews. In other words, it was translated from more original sources.

All this to say, the Septuagint contained, within its canon, several books of the Old Testament Scriptures which Protestant Christians, following the Reformation, later rejected.

Why is this important? Because Paul, like the other New Testament authors, quotes from the Septuagint. A collection of books which contained other books which Protestants reject. In fact, a good case can even be made that Paul (and even Jesus) directly allude to some of these rejected books within the canon itself.

At any rate, the enormous problem posed by using 2 Timothy 3:16 to defend a “Bible Alone” Christianity is how do we know what Scripture Paul is referring to?

At the time of Paul’s writing the biblical canon was not even close to being officially closed (this wouldn’t happen until the AD 300’s) and if the Scriptures he was referring to was the Old Testament it would’ve been, or at least included, the Septuagint canon which contains books that Protestant Christians, proponents of Sola Scriptura, reject.

Consider that Paul writes that Timothy was taught the Holy Scriptures “from infancy” we know he can’t possibly be referring to the other letters he has written or to any of the gospels of the New Testament itself. History demonstrates that even at the earliest dating of the New Testament books it would simply be impossible for Timothy to have been raised on them as a baby.

Ultimately, what we can learn from Paul is that Scripture is good but that’s about all. We can’t know what Scriptures he was necessarily referring to (if we claim we do, it must include the Septuagint which poses a larger problem for Protestants) and it certainly can’t be the other books of the New Testament.

Does Paul’s Claim that “All Scripture is God-Breathed” Discount Tradition?

The second challenge with using this verse as a defence of Sola Scriptura is that it does not, in any way, shape, or form, say that only the Bible is God-Breathed and suitable for training and raising up of the Christian faithful.

I love a good coffee in the morning.

Suggesting that I love a good coffee in the morning does not mean that I don’t also enjoy a good coffee at noon, tea time, or in the evening. It also does not suggest that I don’t enjoy a donut with my coffee or that sometimes I might skip coffee altogether and drink tea.

Just because Paul tells Timothy that all Scripture is God-breathed does not imply that it is the only thing that is God breathed or that nothing else is suitable for guiding him in his Christian faith. Think, again, of my coffee example above. If I wanted to make it clear that I only love coffee in the morning I would have to say, “I love a good coffee only in the morning.”

This same logic applies to Paul, and Paul did not say, “Scripture is the only thing God-breathed and suitable for teaching.”

This is proved out in absolute technicolour when Paul, ironically in his first letter to Timothy, calls “the church” the “pillar and bulwark” of the truth—not Scripture.

If I am delayed, you will know how people ought to conduct themselves in God’s household, which is the church of the living God, the pillar and foundation of the truth. (1 Timothy 3:15)

As a non-denominational evangelical Christian this verse was shocking for me to discover.

Not only does 2 Timothy 3:16 not exclude Sacred Tradition or the Magisterium from being a guiding principle in the life of Christians but Paul—a whole letter earlier—reminds Timothy that it is the church itself which is the “pillar and foundation of the truth.”

Here, he doesn’t remind Timothy to cling to the Scriptures but to “the church.”

A church that Paul himself had witnessed in Acts 15 wrestling with Scripture, Tradition, and ultimately using the Magisterial authority given to Peter and the apostles to authoritatively decide on a matter of faith and morals.

The same authority, the same principles of being guided by Scripture, Tradition, and the Magisterium that the Catholic Church practices to this day.

As a non-denominational evangelical Christian I inherited a tradition—make no mistake that’s what it was—which taught me that the Bible was the sole rule of my faith. The problem arose when I began investigating the history of my Christian faith. I found, to my surprise, that this rule, Sola Scriptura, was a mere 500 years old and was found nowhere, any earlier, in Christian history. It was new, novel, and new things should always be approached with a measure of skepticism until they bear out their fruit.

I’d say, a simple survey of the landscape of Protestant Christianity clearly demonstrates the results of this particular experiment.

Even still, a position must be defended and I would have, as an evangelical, employed verses like 2 Timothy 3:16 to try and defend my view.

This, I hope I have shown in some measure, is entirely unsuccessful for two clear reasons. First, we need to determine what Scripture Paul is referring to. Even a cursory understanding of the Scriptures Paul was familiar with poses a major problem for Protestants because he quoted from a canon which includes books they reject. And, second, Paul’s famous statement in no way rejects other ways of being instructed by God like Sacred Tradition. In fact, elsewhere Paul commends Timothy to cling to “the church” in all its practices.

It is clear that a doctrine which asserts that the Bible is the sole rule of faith needs to be proved, somewhere, in the Bible itself otherwise it is self-refuting. If this is the case, 2 Timothy 3:16 is not the proof you’ve been looking for. 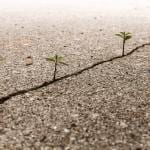 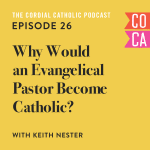 September 25, 2019 026: Why Would an Evangelical Pastor Become Catholic? (w/ Keith Nester)
Recent Comments
0 | Leave a Comment
""Led me toward Catholicism"I'm curious. Why not actually study the TRUTH of the existence of ..."
Pope Hilarius II How the Eucharist Blew My Mind
"I suppose you "square the circle" on whether the Eucharist is the Real Presence or ..."
therealguyfaux ✓ᵛᵉʳᶦᶠᶦᵉᵈ How the Eucharist Blew My Mind
"I really enjoyed the discussion and the politeness between the 4 of you. Personally, I ..."
Artistree 092: Does Studying Church History Make ..."
"Paul,St. Jerome used the proto Masoretic text to translate the OT instead of the Septuagint. ..."
Artistree Would the Early Christians Be Welcomed ..."
Browse Our Archives
get the latest from
The Cordial Catholic
Sign up for our newsletter
POPULAR AT PATHEOS Catholic
1

Cancel Culture? Or Actions and Consequences?
On the Catholic Beat 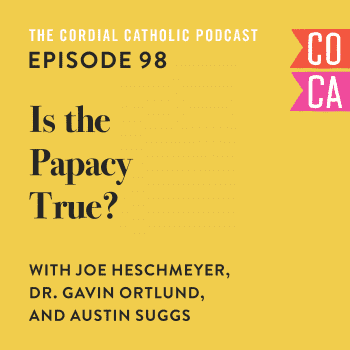 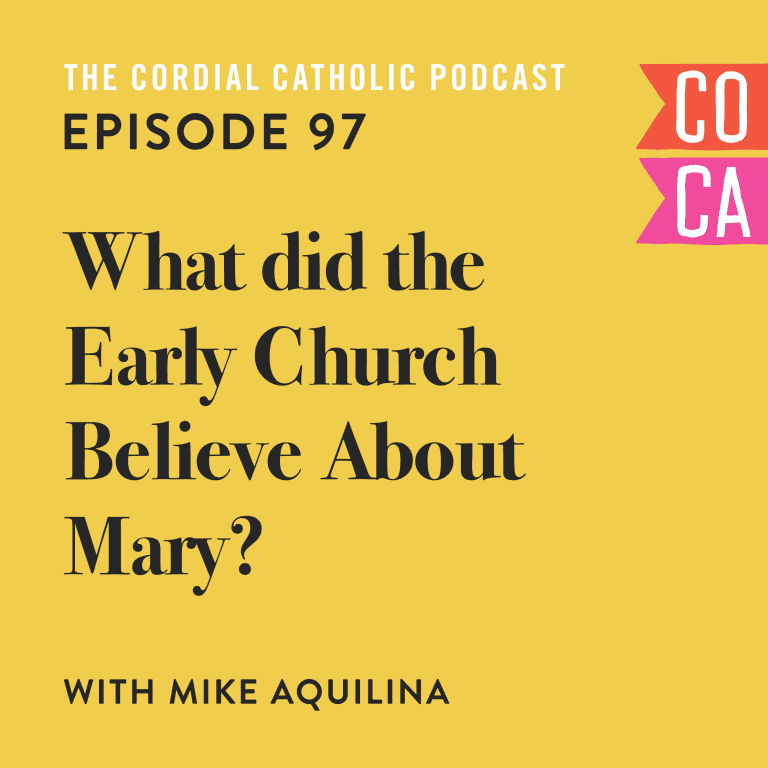 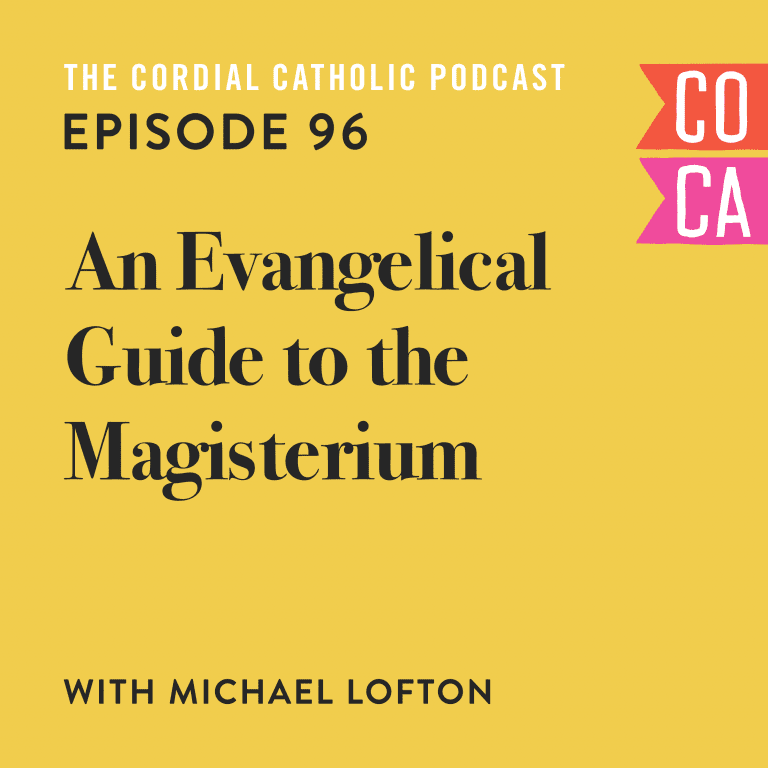 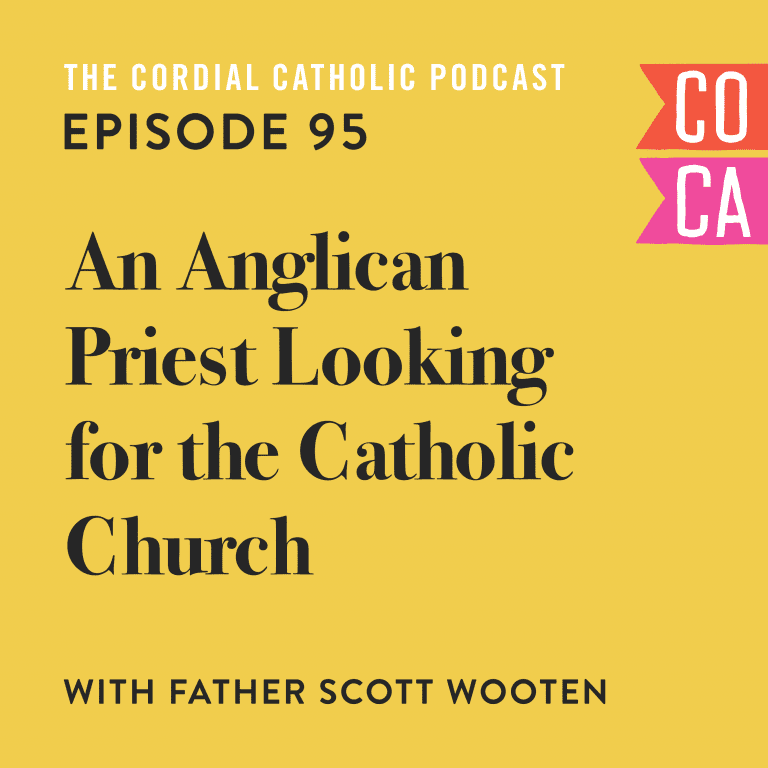