I recently caught an interesting debate between Ken Ham, from Answers in Genesis, and Jeff Zweerink from Reasons to Believe on the idea of Young Earth Creationism.

Ken Ham, who was famously engaged in a debate with Bill Nye, argued for a literal interpretation of the creation narrative found in Genesis. In other words, that we live on a young earth which is only thousands of years old. Ham argues, passionately, that anything other than “believing God at his word” would be devaluing both God and the Bible.

God, says Ham, was the only witness to what went on and we should “take Him at His word.”

In fact, argued Ham, for 1,800 years of church history, Christians would’ve believed that the world was created, literally, in six days with God resting on the seventh.

It was an interesting debate, as I said, and I do have deep sympathies for Young Earth Creationism. By all accounts one of my favourite saints, Thomas Aquinas, was a Young Earth Creationist and, in what is actually a growing body of literature, would’ve argued strongly for this same view today.

However, there is a great big gaping hole in the theology, the historical narrative, and raw logic of the Young Earth Creationist point-of-view and I simply couldn’t ignore it as I listened to the debate unfold and it is this:

In this very same debate, Jeff Zweerink, Ken Ham’s interlocutor, argued that Genesis shouldn’t be taken literally because many biblical scholars have found reasons to believe otherwise. Some say it takes poetic license, some say it was not meant as historical literature, and these scholars have all very good reasons to say so. These are Jewish and entirely orthodox Christian believers. They do not, for the most part, have some sinister agenda to undermine Scripture—although some who write on those topics may.

At any rate, there are good reasons to believe that the Genesis creation narrative wasn’t meant to be believed literally.

That Christians can read, research, and come to the conclusion that not all parts of the Bible are literal.

But Ham would disagree.

“We need to take God at His word,” repeats Ham.

But what about John 6?

If we cannot pick and choose when to interpret the Bible literally, if we aren’t meant to have to rely on the scholarship of experts to tell us what genre of book we’re reading and how to understand it then we cannot escape Jesus’ words during his Eucharistic Discourse.

If Young Earth Creationism demands a literal interpretation of Genesis then it must, for the sake of consistency, read John 6 as literal as well.

And, remarkably, much like Ken Ham appeals to 1,800 years of belief in a Young Earth, all Christians up until the time of the Reformation—for 1,500 years—believed that Christ was speaking literally here. That, when the priest celebrated the Eucharist, the elements literally became Jesus’ flesh and blood through a God-ordained miracle.

Even an appeal to history, which Ham makes, comes down squarely on the side of what has long been called the Real Presence of Christ in the Eucharist as articulated by the Catholic Church.

As a Catholic, holding a view of Young Earth Creationism would not be very difficult at all—if Genesis is literal then John 6 is literal too—but this view seems theologically, historically, and even logically untenable for a non-Catholic Christian to hold.

It just does not square.

Because the entire framework underpinning Young Earth Creationism is that we “take God at His word.” Yet, the same movement ignores God, in the Person of Christ, when he literally says what He means. A belief which, historically, was believed for 1,500 years in absolute continuity.

This is the great big gaping hole in Young Earth Creationism which demands an explanation. 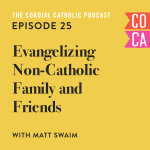 September 21, 2019 Is 2 Timothy 3:16 a Good Defence of Sola Scriptura?
Recent Comments
0 | Leave a Comment
"I’d like to know what he thinks of the preaching......."
RPlavo . A Charismatic Pastor Hears God’s Call ..."
"Hey Isaac (& any others) - feel free to reach out :)tinyurl.com/V2summary"
K. What I Wish I'd Known About ..."
"You realize God (a god) created mouths. So language is sacred.Hence saying you "heard God" ..."
James Harbour A Charismatic Pastor Hears God’s Call ..."
"And just as many, or more, Roman Catholics are leaving the Catholic Church for Evangelical ..."
Artistree Church Splits Are Driving Evangelicals to ..."
Browse Our Archives
get the latest from
The Cordial Catholic
Sign up for our newsletter
POPULAR AT PATHEOS Catholic
1 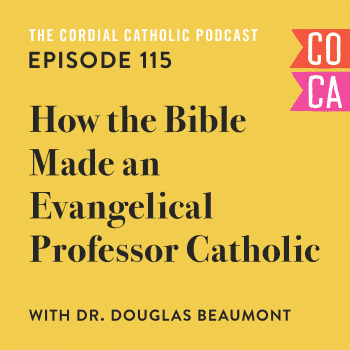 Catholic
115: How the Bible Made an Evangelical Seminary...
The Cordial Catholic 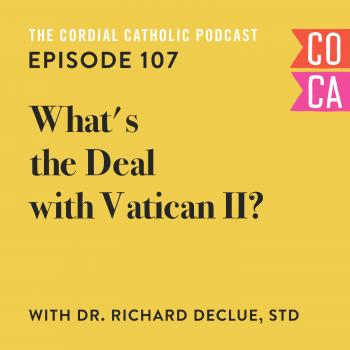 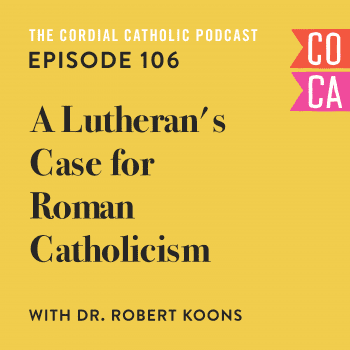