Let’s Not Kill Each Other: Canada’s Euthanasia Crisis

While America entertains itself with the likes of Donald Trump and the Presidential Primaries its neighbour to the north Canada, my home and native land, inches itself towards what’s bound to be a monumental decisions with repercussions on both sides of the border.

And by “inches” I mean “barrels towards it at a breakneck speed.”

A bit of background.

In Canada, the Charter of Rights and Freedoms guarantees individuals protected rights, as interpreted by the Courts, with which the government must respect and comply. Since it’s inception in 1982 by the last Prime Minister named Trudeau, these rights have been slowly and inevitably expanding and have evolved, recently, to include the right to die.

Reporting back this past week, a government-backed expert panel studying the issue released several recommendations for a legal and practical framework for doctors to end patients’ lives. These recommendations, which far exceed the scope of the Court’s original mandate (to allow terminal, suffering patients the right to death), have sent nothing short of shock waves through the Canadian Christian community.

Recommendations which include the right to seek death by,

Less shocking, perhaps, but no less worrisome is the recommendation that physicians who are unwilling to comply with a patient’s wish to die must refer to another doctor who will.

Maureen Taylor, a Physician Assistant and advocate for medically-assisted dying, appeals to the Hippocratic Oath to argue that doctors unwilling to perform euthanasia must reasonably provide a referral. To do otherwise would amount to “patient abandonment,” said Taylor this past week in an interview.

I would point out, ironically, that this same Hippocratic Oath prevents doctors from killing their patients to begin with.

What a topsy-turvy world we live in.

But once again, Canadian Christians must form a sort of vanguard of society. We must, loudly, clearly, and with compassion, appeal to something better. Something outside of ourselves. A standard to which we far too frequently fail to rise and not one determined by our own individual, admittedly faulty, internal compasses.

When a society sanctions killing its young, its mentally ill, and anyone who wishes to die as Cardinal Thomas Collins, Archbishop of Toronto, put it: this isn’t merely a slippery slope we’re dealing with, the slope has already been “well-greased.”

Writing succinctly about physician-assisted suicide the Bishops of Alberta said, “it makes legally permissible in some circumstances what is morally wrong in every circumstance.”

So as Christians, as Catholics, we must pray. We must pray for our country until our lips can pray no more. We must pray without ceasing. And, we must act. We must add our names to petitions. We must write our Members of Parliament. And we must be unafraid to have the tough discussions.

Some people become convinced that, at a certain point, there is no longer any “value” in their life, since they cannot function as they once did. Their concern deserves our compassionate respect, but it is a shaky foundation for social policy. Our value as people comes not from what we can do, but from who we are. It comes from within, from our inherent dignity as human beings. Once we make people’s worthiness to live dependent on how well they function, our society has crossed the boundary into dangerous territory in which people are treated as objects that can be discarded as useless.

Ending a life, for the Christian, is not a compassionate choice and we must work to explain this distinction. We must, equally, bolster the vocations of our Christians brothers and sisters already hard at work in the field of palliative care. We must walk, with them, and alongside the dying and suffering, to suffer, with faith, together.

Collins, again, writes, “Christians should be guided by these words of Jesus, that for 2000 years have inspired heroic acts of loving service: Whatever you did for one of these least brothers of mine, you did for me (Matthew 25:40).” 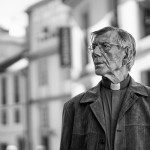 February 20, 2016
What A Tired Priest Taught Me About Humility
Next Post 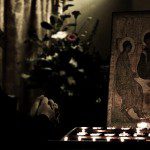 March 14, 2016 On Lent and Letting Go of Grudges
Recent Comments
0 | Leave a Comment
"to mock stupidity. and yourself?"
kyuss You Should Receive Communion Kneeling, On ..."
"Why are you here Kyuss?"
Scorned You Should Receive Communion Kneeling, On ..."
"Hey,I listened to the first part of your podcast because I was curious about the ..."
Grimlock The Cordial Catholic Podcast – 041: ..."
"“...consider this: that Christ didn’t just leave us with a Bible, he also left a ..."
catholicchristian Three Things to Tell Your Evangelical ..."
Browse Our Archives
Follow Us!

Catholic
Mass is the Spiritual Workout God Knows You...
The Cordial Catholic 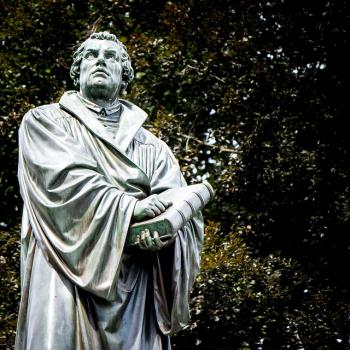 Catholic
On Reformation Day, I Remain a Catholic
The Cordial Catholic 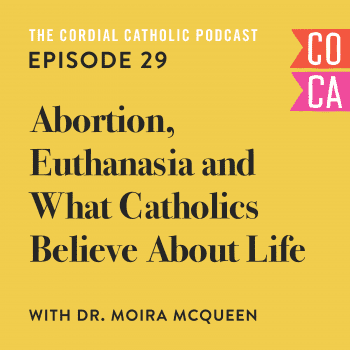