This time of the year is about climaxes for me.  It is the hottest time of the year here (on average).  The sun is still bright and the days long.  But it won’t last forever, of course.  So I have an idea for a personal ritual which I am going to call a “Descensus Averni” ritual.

“Descensus Averni” is Latin for descent to hell.  It is a common pagan motif.  It is described well by Joseph Campbell in one of the books that eventually led me to Paganism, The Hero With a Thousand Faces.  The journey of the hero into hell and back is a symbol of the descent of the ego into the unconscious.

So recently, I was listening to some Pagan podcast (I can’t remember which) and the thought comes to me: When have I had my most profound Pagan spiritual experiences?  Of course I have had spiritual experiences in nature, but they have all been low key.  So what came to my mind when I had this question was my very first ritual, my self-dedication.

When I decided to begin identifying as Pagan, I decided to create a self-dedication ritual around Odin’s self-sacrifice on the World Tree, the first Pagan myth I connected with.  I fasted for 9 days, eating only breakfast and drinking water through the day.  Then at midnight each night I would light nine candles and extinguish one for each night.  Then I would recite part of the Havamol from the Elder Edda describing Odin’s sacrifice, and then I would go to bed.  I kept dream journal and I had some very significant dreams.  (I rarely remember my dreams — something I would like to remedy.)  I may talk more about those dreams in a future post.

So, I have been feeling a strong need to have a real spiritual experience recently.  (My most powerful experiences were when I was Christian and were distinctly Christian.)  So I decided I would do the fasting again.  I thought I might do this near the equinox, which is a liminal time.  But I feel compelled to move forward now.  Today I was listening to Thorn Coyle’s podcast interview with Diana Paxson about the latter’s trance work, which coincidentally (or not) is seidh (Norse ecstatic practice), which the myths say Odin practices.

Odin is kind of a patron deity for me, if I have one, although I don’t like that term (more on this later).  My first connection with any pagan deity was with one I called the Storm Lord, not Odin, but Odin is a god of storms.  (My second post on this blog was about a storm.  I feel like it is my natural element, if you will.)  Odin is a psychopomp, a soul guide, and it was in this capacity that I invoked him in my dedication ritual.  So there are all kinds of correspondences going on here — synchronicity maybe.

So here is my plan.  I am going to fast like I did before, starting tomorrow, but for seven nights.  Inanna’s descent was through seven gates.  I have a beautiful tealight holder that looks like a tree and holds seven candles.  Plus, today is Wednesday (Woden’s Day), and seven days from now is next Wednesday, which will be an auspicious day to end the rite.

During the rite I will listen to a recording I will make of me reading over a recording of a storm.  (The recording was Diane Paxson’s idea.)  I will read Mary Oliver’s poem, “The Journey”, which I have always loved (and represented for me my departure from the LDS Church), followed by reading the part of the Havamol I mentioned earlier.  I will end the reading with the words: “from that tree I fell.”  Here’s why:

I don’t like guided meditations.  I don’t feel like they help me descend below my ego.  In fact, visualization is a problem, I think, if you want to escape the ego … at least if you are a head-centered person like me.  If I want my unconscious to speak to me, I am not going to visualize in advance what it will look like.

So, I was listening to Diane Paxson talk about trance work, and she and Thorn Coyle were touching on some of my issues with guided meditations.  And it occurs to me that maybe I can use the visualizations to get me to the gate and then stop the visualization there.  Odin’s sacrifice can be seen as a kind of self-sacrifice of the ego.  And his fall from the tree can be seen as a descensus averni.  And Mary Oliver’s poem, “The Journey”, about walking on a road on a wild and stormy night would be a wonderful prelude to that.  And all of this comes to me in a matter of seconds.  I feel inspired.  So I’m off to make my recording.

August 4, 2011 Descensus Averni Day 1: Gospel of Eve
Recent Comments
0 | Leave a Comment
"Ironically, the pagans have stumbled upon evidence that there will be an Armageddon exactly when ..."
The Penitent Man Shall Pass Call for a Pagan Community Statement ..."
"John H.Halstead...Someone wrote or said. Be the change you want to see in the world. ..."
Toni Stamps 13 Things You Don’t Need to ..."
""petty and defensive"?: "Are you foolish enough to think christianity is the elder?""
John H Halstead 13 Things You Don’t Need to ..."
"Attack? This isn't my faith :)Is it yours? You come accross more christian....petty and defensive."
Toni Stamps 13 Things You Don’t Need to ..."
Browse Our Archives
get the latest from
Pagan
Sign up for our newsletter
POPULAR AT PATHEOS Pagan
1

Connecting to Gods for Whom There...
John Beckett
Related posts from The Allergic Pagan

Pagan
The Neo-Pagan Mysteries, Part 6: Descent to the...
The Allergic Pagan 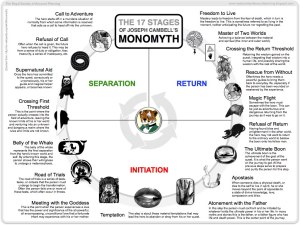 Pagan
Navel gazing versus the journey to the World...
The Allergic Pagan 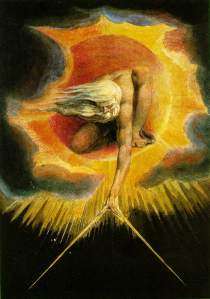 Pagan
These are my gods: or my biography told...
The Allergic Pagan
TRENDING AT PATHEOS Pagan