Why my story (and yours) is important

A week ago Sunday, in our Unitarian Sunday morning spirituality discussion group, we talked about what the Buddhist in our group called “now-ism”, a form of mindfulness, which is a kind of pseudo-Buddhism advocated by Eckhart Tolle and others.  We also talked about gurus and the need for spiritual teachers.  It was a good discussion.  But something jumped out at me during the discussion.

The Buddhist in the group (we’ll call him “B”) kept saying that we need to let go of our “personal story”.  B said, we all want to be the star of our own “personal story” and we need to let go of that in order to experience the present purely.  I think he was talking about ego-centrism, the kind that keeps us from connecting with other people and the world around us.   At one point B said that we need to ask ourselves, “Why do you think you are so important?”  He was getting a lot of nods in the room.  Honestly, I admit I was having difficulty understanding the connection.  In fact, one of the things I like about our spirituality discussion group is how everyone shares their personal stories.

I understand how ego-centrism can cut us off from the rest of the world.  And I know well how unhealthy it can be to cultivate drama in one’s life.  I remember an episode of Ally McBeal (yes, I used to watch that show) from years ago when one of the characters asked Ally: “Why are your problems so much bigger than everyone else’s?”  And she replied, “Because they’re mine.”  If that kind of egotism is what B was talking about, then I can agree.

But there was something about the way B seemed to devalue our individual story that bothered me.  Perhaps it comes too close to the “we are nothing” rhetoric in evangelical Christian churches that turns me off.  I’ve written before about my issues with Buddhism’s model of serenity and about the notion of karma here.  (If you’re interested, check out what John Horgan, former staff writer at Scientific American and Slate contributor, also doesn’t dig the Buddha here and here.) But I guess there’s another aspect of Buddhism that bothers me: selflessness.

Now, I’ll be the first to admit that my reaction may be a simple case of ego-inflation.  But I don’t think it’s necessary to devalue our individual lives in order to cure our ego-centrism.  Herman Hesse captures the importance of the individual’s story in the introduction to his novella, Demian:

What a real human being is made of seems to be less understood today than at any time before, and men – each of whom represents a unique and valuable experiment on the part of nature – are therefore shot wholesale nowadays.  If we were not something more than unique human beings, if each one of us could really be done away with once and for all by a single bullet, storytelling would loose all purpose.  But every man is more than just himself; he also represents the unique, the very special and always significant and remarkable point at which the world’s phenomena interact, only once in this way and never again.  That is why every man’s story is important, eternal, sacred; that is why every man, as long as he lives and fulfills the will of nature, is wondrous, and worthy of every consideration.  In each individual the spirit has become flesh, in each man creation suffers, within each one a redeemer is nailed to the cross.

Rilke echoes this sentiment.  Why then have to be human? he asks.

Not because happiness exists,
that apparent profit
which barely presages loss.
Not out of curiosity,
nor as an exercise of the heart […]
But because to be here
means so very much.
Because all that’s here seems
seems to need us —
this fleeting world,
in some strange way
calls to us: we …
most fleeting of all.
Once and once only for
each thing — then no more.
And we too, once.
Then no more … ever.
But to have been this, completely,
though but the once,
to have been with this earth,
can never be undone.

My wife recently told me about a spiritual experience she had years ago when she was on vacation at the Black Sea.  (She has given me permission to write about it here.)  She has told me about it many times before, but the other day she described it in more detail than she ever had, and I was deeply moved.  She said that she felt, in that moment, so small and the world so big, and at the same time, she felt so important, and that everything and everyone else was important also.  And I thought, “Yes! That’s it!  Both are true!”  Yes, I am but a drop in a sea of life.  Yes, I am not that important … but, on the other hand, I am.  And so are you.

Does this mean that the universe owes us special consideration?  Of course not.

“I am!” says the philosopher to the universe.

The universe responds, “Yes, but that does not create in me any corresponding sense of obligation.”

(Credit to my UU pastor for that one.)

Walt Whitman asks, “What good amid these, O me, O life? …

“That you are here—that life exists, and identity;  That the powerful play goes on, and you will contribute a verse.”

It is only a verse, but my story is a verse in the Great Story.  It is small, but it is significant.  And so is yours.

June 26, 2012 Ancient Paganism Memorial Day
Recent Comments
7 Comments | Leave a Comment
"Ironically, the pagans have stumbled upon evidence that there will be an Armageddon exactly when ..."
The Penitent Man Shall Pass Call for a Pagan Community Statement ..."
"John H.Halstead...Someone wrote or said. Be the change you want to see in the world. ..."
Toni Stamps 13 Things You Don’t Need to ..."
""petty and defensive"?: "Are you foolish enough to think christianity is the elder?""
John H Halstead 13 Things You Don’t Need to ..."
"Attack? This isn't my faith :)Is it yours? You come accross more christian....petty and defensive."
Toni Stamps 13 Things You Don’t Need to ..."
Browse Our Archives
get the latest from
Pagan
Sign up for our newsletter
POPULAR AT PATHEOS Pagan
1 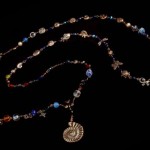 Pagan
"The Great Story": A Non-Theistic Cosmology
The Allergic Pagan 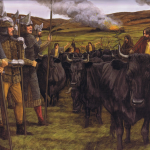 Pagan
Raiding of Intellectual Cattle: A Guest Post by...
The Allergic Pagan 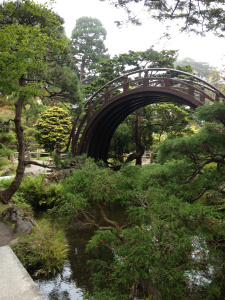