Why I am joining the First Unitarian Church

“The Beloved Community is not an organization of individuals seeking private and selfish security for their souls. It is a new adventure, a spontaneous fellowship of consecrated men and women seeking a new world. It is the comradeship of those who forget themselves in their passion to find the common life where the good of all is the quest of each.” — Clarence Skinner, Worship and Well Ordered Life

Tomorrow I will become a member of First Unitarian Church of Hobart, Indiana.

This may be shocking to some people who follow my blog.  Just over a year ago, I wrote a post here entitled, “The Baby is the Bathwater: Why I haven’t joined the Unitarian church”.  It got quite a few comments and was even quoted in UUWorld, the UU magazine.  It was only the most recent in a series of posts (here, here, here, and here) over the last five years in which I have expressed my frustration with the lack of (formal) spirituality in Unitarian Universalism.  Even as recently as March of this year, I grappled with this in post entitled, “Church is no substitute for religion: The Spirituality Gap”.

In spite of all this, tomorrow, on May 31, 2015, I will, without reservation, become a member of First Unitarian Church of Hobart.  It’s taken me five years of wrestling with these issues, but I am finally ready.  Here’s why …

1.  I believe in First Unitarian Church.

If you’ve followed my writing about Unitarian Universalism, you’ll notice that my criticism tended to be directed toward the tradition as a whole, and not so much with the specific congregation that I attend on Sundays.  While I agree with the UU Seven Principles and the Six Sources resonate with me, they seem to me to be a necessary, but not sufficient, condition for a vital religion.  It seems to me that UUism is the logical conclusion of a failed premise, that premise being that religion can be stripped of all of its irrationalities and still be religion.  And for that reason, I previously wrote:

“What holds me back, I think, is this: I don’t believe in it.  Perhaps it is a remnant of my being raised in the Mormon church, but it does not seem like enough to want to be a part of the local religious community; I feel like I need to believe in the mission of the UU.  And I just don’t.  I can’t help but look at the UU as a failure — not my local congregation, but the UU as a whole.”

Since writing that, though, I have come to see that how much that perspective is a reflection of my history in the Mormon church.  The Mormon church claims to be “the one and only true church on the face of the earth” and is lead by a prophet and twelve apostles who claim to have the same relationship with God as the Biblical prophets and apostles.  Once a month, during testimony meeting, dozens of Mormons in every Mormon congregation voluntarily go up to the pulpit to affirm their belief in the uniquely divine status of the LDS institution.  It is the worldwide LDS church, not their local congregation, that they testify of.  In fact, it’s not uncommon for members of the LDS Church to contrast the fallibility of local congregation with the infallibility of the LDS Church as a whole.  Although Mormons will deny that the Mormon prophet is infallible, I have often heard Mormons say that God would kill the Mormon prophet before he allowed him to lead the LDS Church astray.  I ultimately left the Mormon church because I no longer believed this.

While I left the Mormon church, I unfortunately did not leave behind the Mormon understanding of what church is.  And I brought those expectations with me into my experience of Unitarian Universalism.  I didn’t realize it for a while, but I came to UUism looking for another “one and only true church”.  But Unitarian Universalism is a entirely different kind of tradition.  In fact, my focus on “UUism” was misplaced.  For Unitarians, the focus is not the national body, the UUA, but on the local congregations.  Unitarian churches are congregational churches, not apostolic churches.  The are led from the bottom up, not the top down.

I have come to appreciate recently the power of collective action.  Working on “A Pagan Community Statement on the Environment” has taught me this.  I have seen how ten people working together can accomplish more than 10,000 people acting individually.  While I may not be satisfied with UUism as a spirituality, I profoundly admire it as a social justice movement.

A couple weeks ago, while attending a UU service in Chicago,the pastor paraphrased a quote by Martin Luther King in which he coompared religious communities which are “taillights” to those that are “headlights”.  “Taillight” religions are adjusted to the status quo and resist change, while “headlight” religions point the way forward to a more just world.  I had just been complaining to my wife that issues that concern me — racism, sexism, ecological devastation, human trafficking, war, corporate and governmental corruption — are never talked about in our religion of origin, Mormonism.  Dr. King’s taillight/headlight metaphor captured perfectly for me the difference between Mormonism and UUism, the first always putting on the brakes and acting as a bulwark against change, and the latter consistently pushing toward as-yet unrealized levels of justice for all.

UUism is a force for good in the world.  And I am honored to join my name to those of Unitarians who have fought to make the world a better place.

3.  I want to give part of myself back to the church. 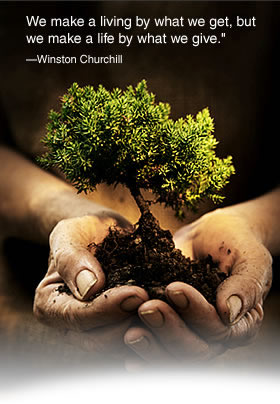 I have come to appreciate how my attitude toward my participation in UUism has been consumeristic.  I came to the church asking what I could get out of it, not what I could give.  I was happy to pay for the benefits I gained from attending — by writing a check.  I didn’t want to be a free rider after all.

You might think that giving money would be hard.  But writing a check every Sunday was easier than giving part of myself.  It became a way of excusing myself from deeper participation in the church life.  I kept myself one-step removed in my heart because I knew I had not formally joined.  And this kept me, not only from participating in church committees, but also from volunteering for other aspects of church life.

Some time ago, I was challenged by a UU pastor, Rev. Dr. Victoria Weinstein, to reconsider this individualist, consumeristic mentality toward church.  She wrote:

“Church is not a product that one chooses and then purchases, and worship is not an event that one attends as a spectator and then reviews as one would a movie or play. We need to preach covenantal theology, a theology that proclaims that we have been called by the Spirit out of the self-absorbed shallows of the consumer culture to become a people, God’s people, if you will. The covenant tradition teaches us that it is not we who choose to attend worship services based on what the program, but we who are chosen by God to embody and incarnate the shalom, wholeness, peace, and mutual love. In Humanist terms, we might say that it is life’s longing for itself that draws us out out of our separate dwellings to take strength, solace and inspiration from gathering around the common hearth fire.

“In this covenantal framework, people do not merely tolerate the readings, hymns, dances, and rituals that constitute one week’s worship and wait impatiently for their favorite flavor or worship to appear back on the menu, they consider each Sunday a sacred hour of spiritual expression to which they obligated to bring their most generous heart and mind. This is not to say that we do not continue to strive for excellence in our offerings, it is a call to re-orient ourselves to a covenantal, rather than a consumeristic, understanding of theological pluralism and its expression in worship.”

It has taken a while — years in fact — but I am starting to grasp what Rev. Weinstein was talking about.  As as cliche as it may sound, I have come to be less interested in what the church can do for me than what I can do for the church.  And it is harder to give back without being a member.  I can always write a check.  But I also want to give a part of myself back to the church.  I am not sure yet how exactly I can best be of service to the church.  And I am somewhat reluctant to bring my own agenda to the church, to try to remake it in my own image, because I have seen people come to the church in this way and quickly lose interest.  I would rather find out where I am most needed and fill that space as completely as possible.  And I am sure there will be many opportunities to do so.

So tomorrow, with my family in attendance, I will stand up before the congregation and sign my name to the register and promise to give part of myself back to the church members, as they has given to me and to my family. 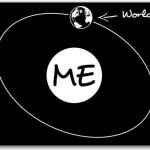 May 28, 2015
EGO-Paganism and the Tyranny of Structurelessness
Next Post 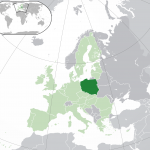 Pagan
The Awkward Adolescence of the Polytheist Movement: Defining...
The Allergic Pagan
TRENDING AT PATHEOS Pagan