Pagans, Stop Being So Silly!

Everybody’s got a water buffalo.

Yours is fast, but mine is slow.

Oh where’d we get them, I don’t know, 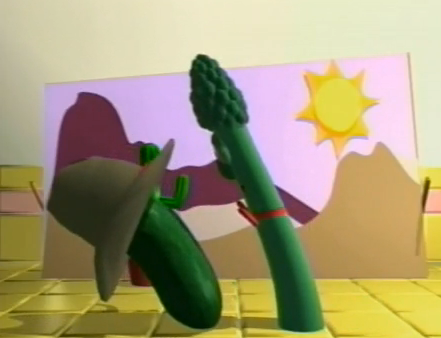 My kids (and consequently we their parents) watched a lot of Veggie Tales when they were young.  This was because we didn’t have cable and we only had a few VHS tapes. Even if you’re not Christian, the Veggie Tales are hilarious.

Anyway, we have a running joke in our family, where someone who is being a killjoy says, in their best Archibald Asparagus voice: “Stop … being … so … silly.”  That person is usually me.

I’ll admit it … I can be a killjoy.  On the religious reverance-revelry spectrum, I definitely swing toward the reverence end.

So it should come as no surprise that I was put off by a recent story about Phelan MoonSong, a Pagan devotee of Pan.  Mr. MoonSong and his horns showed up in the local Maine news after he won the right to wear glue-on horns in his driver’s license photograph.  You can read the whole story at The Wild Hunt. 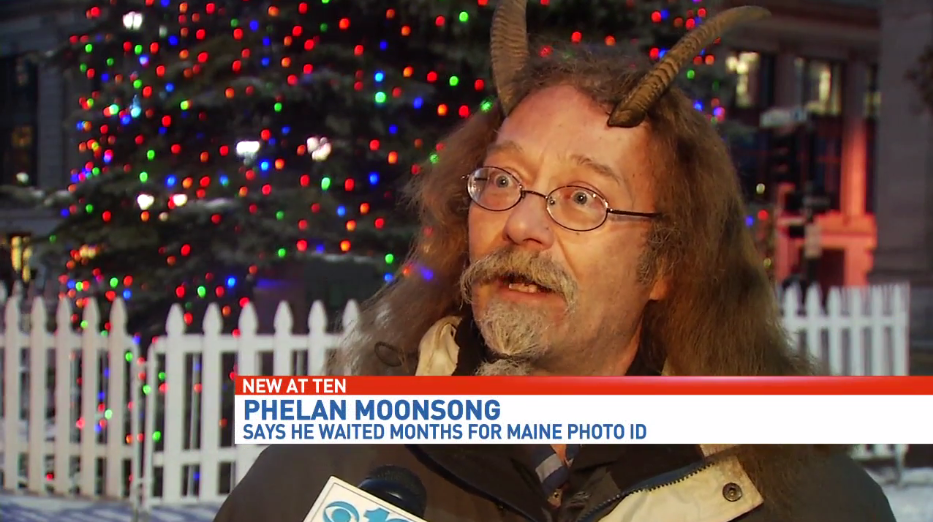 Let me start with a few disclaimers.  First, I agree that Mr. MoonSong should be able to wear his horns in his driver’s license photo.  Second, I don’t think anyone has the right to force Mr. MoonSong to take his horns off.  And third, I respect Mr. MoonSong’s right to call himself a Pagan.

There’s two reasons.  The first is emotional: I just find it embarrassing.  I already have to have the “not-that-kind-of-Pagan” talk way too often.  And I just don’t like being associated with that kind of frivolity in religious matters. I take my religion very seriously, and it’s just really hard to take MoonSong seriously.  But I’ll freely admit that that probably says more about me than it says about MoonSong.

But there’s another reason I wish MoonSong didn’t wear those horns and call himself Pagan: Tabloid publicity like this diminishes our credibility with the rest of world.

Now, I will inevitably be accused on practicing “respectability politics” for saying this.  “Respectability politics” refers to “attempts by marginalized groups to police their own members and show their social values as being continuous, and compatible, with mainstream values rather than challenging the mainstream for what they see as its failure to accept difference.” (Wikipedia)

I agree that we should not do that ourselves.  We should not sacrifice authenticity for acceptance by the mainstream.

On the other hand, I think concern for authenticity needs to be balanced with concern for effectiveness.  I am Pagan, not because Paganism let’s me do my own thing, but because I believe Pagan spirituality has the potential to transform the world.  But we can only do that to the extent that we are able to communicate with the world.  Paganism is and should always be a challenge to the mainstream.  But if we don’t take ourselves seriously, then neither will anyone else.

Now, you may not care what other people think about us.  But I do … for a very practical reason.  We cannot change the world by ourselves.  We are a small minority and one that is not well organized.  And our effectiveness in the world is diminished even further, because people can’t see beyond our costumes and silly antics.

I’m not suggesting we should start acting and dressing mainstream.  But I am suggesting that we need to dress and act like we have something serious and important to say to the rest of the world … because we do.

Paganism is more than a fashion statement.  We have a deeper wisdom to share with the world.  And we need to ask ourselves whether the costumes are helping or hurting that deeper purpose.

Rebellion for rebellion’s sake is not virtuous; it’s adolescent.  What’s more, it isolates us.  And isolation does not serve us or the world.  Our power to effect change — our magic — is inversely proportional to our insularity.

In addition, we need to remember that spirituality practiced in isolation is a recipe for a shallow spirituality.  There are times to withdraw from the world, to turn inward, and heal.  But we need to go forth again from the labyrinth of the self into the world.   Both because the world challenges us, and because we have a responsibility to carry our insight into the other communities we belong to.

“Respectability” has become something of a dirty word among Pagans.  But there is a difference between respectability and respect.

Respect means power — power to bring about change according to our collective will.  And that is a kind of magic that all Pagans should be interested in.

So feel free to fly your freak flag.  But ask yourself: Who is it serving? 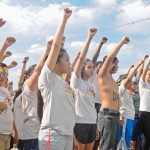 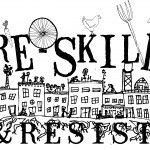 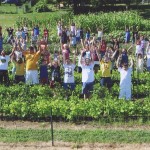