A “Valiant Attempt” to Bridge the Gap Between Pagans and Environmentalists

A “Valiant Attempt” to Bridge the Gap Between Pagans and Environmentalists November 13, 2015 John Halstead

A Pagan Community Statement on the Environment was recently described in a Master’s thesis as a “valiant attempt” to bridge the gap between Contemporary Paganism and environmentalism:

“A more cohesive and overt Pagan stance on environmental concerns has been emerging, as evidenced in part by “A Pagan Community Statement on the Environment” that was published online at www.ecopagan.com on Earth Day (April 22) 2015. This document was drafted by a group of 40-50 Pagans from a wide range of Pagan spiritual identities, and it has been signed by over 6,000 individuals and organizations as of the publication of this thesis in June 2015. The document focuses on the sacredness of the Earth and the human-in-nature relationship that is central for all Pagans. It is action-oriented in its call to “build a culture of true sustainability” and revolutionary in its assertion that “any economic or political system which encourages the exploitation of Earth and people must be dismantled or substantially reformed.” The statement calls for change on the personal day-to-day level, the societal and cultural level, and the spiritual level …

“I was surprised in conducting this research to find that most of my informants did not identify as environmentalist and had trouble with that identity. This discomfort with environmentalism is clearly not shared by all Pagans, as evidenced by “A Pagan Community Statement on the Environment,” published online at www.ecopagan.com on Earth Day (April 22) 2015. The statement is an overt effort by some prominent members of the Pagan community to create a unified Pagan front in addressing environmental concerns.

“It is notable that the statement excludes reference to gods, goddesses, faeries, or spirits. In defining Paganism, it does say that “Paganism includes polytheistic and pantheistic nature-worshipping religions, and often includes deities of all genders, ancestor veneration, and celebrations in tune with our Earth,” but the rest of the statement only mentions spirit in very abstract terms, alluding to pantheism in just one instance. Most of the language is focused on science and on the human-nature relationship. If I were to read the statement without knowing the title or the source, I would say that it takes a spiritual humanist perspective.

“I believe that the scientific bent of the statement and inclusion of only abstract references to spirit make it more palatable to a wider audience. It is clear that Paganism and environmentalism are close allies in building a more sustainable future for the planet. It’s as if the two groups speak different languages, and “A Pagan Community Statement on the Environment” is a valiant attempt to appeal to both Pagans and environmentalists at once, to identify common ground and common cause. The human-nature relationship seems to be a comfortable framework for Pagans as well as environmentalists, and of course it speaks to those who identify as Pagan environmentalist[s].”

“Human-Nature Relationship and Faery Faith in the American Pagan Subculture” by Sarah Goodrich, University of Vermont, 2015 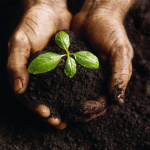 November 8, 2015
My Religion is Rooted in the Holy Powers of the Soil
Next Post 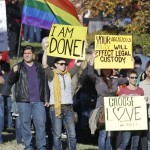 November 18, 2015 The Mormon Church Leaders Still Don't Get It
Recent Comments
0 | Leave a Comment
Browse Our Archives
get the latest from
Pagan
Sign up for our newsletter
POPULAR AT PATHEOS Pagan
1