My Religion is Rooted in the Holy Powers of the Soil 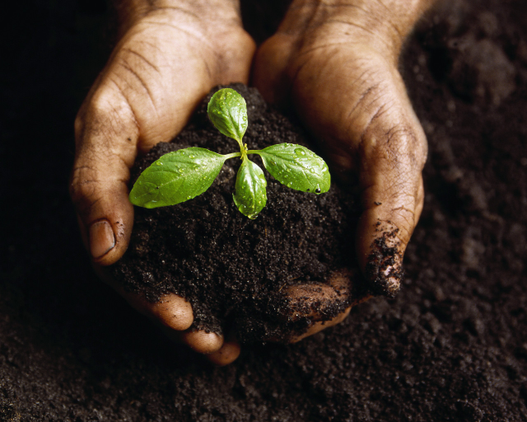 Sarenth Odinsson, a devotional polytheist, recently wrote that, if you don’t believe in gods, then nothing is sacred or holy to you.

I responded here with a statement of the things I, a non-theistic Pagan, hold to be sacred and holy: all life, the earth, nature, our selves, our bodies, our relationships.

In reply, Odinsson doubled down, saying:

“You can say all you like that you believe that things are sacred or holy, but those words carry absolutely no theological or philosophical weight when you say them because you don’t actually believe in the Beings nor the cosmologies that imbue them with that weight to begin with. … It is not surprising to me that he misses this point, as Halstead has no conception of holiness himself … He says he regards these things [all life, the earth, etc.] as sacred, but without any of these things being involved with, dedicated to, devoted to, or consecrated to Gods, Ancestors, or vaettir, what are these words worth? … Indeed, how can Halstead claim to be religious whatsoever when he denies any of the requisite things for which religion itself functions …?”

There is no ambiguity in these statement.  Odinsson has made himself clear. He is not limiting his declaration to those in the Northern Tradition or Heathenry.  He declares that I, and anyone like me who does not believe in literal gods, has “no conception” of holiness or sacrality.

The presumptuousness, not to mention the myopia, of this declaration is mind-boggling.  As far as I am concerned, you can be Pagan and a polytheist, or a duotheist, or a Goddess-worshipping monotheist, or a pantheist, or an animist, or a non-theist, or an atheist — if you want to call yourself one.  I’m not interested in pushing anybody out of the Big Tent of Paganism.

But I will say this: A Paganism which does not recognize the inherent sacredness of the earth, of our bodies, of our relationships, is a Paganism I don’t recognize.  In my opinion, the notion that the earth, and our physical bodies, and our very selves are holy — in and of themselves — is the most profound and transformative realization which Paganism has to offer.  The idea that the sacred nature of … nature … does not derive from any God or gods: this is the revolutionary core of my Paganism.

Odinsson’s kind of theism, which locates the sole source of holiness in invisible god beings … well, that’s something I thought I left behind when I left Christianity.  From where I stand, Odinsson’s polytheism appears not fundamentally different from the transcendental theism of the Abrahamic religions: instead of Yahweh, we have Yahwehs — a difference in form, but not substance.

Perhaps this the difference between a deity-centered religion and an earth-centered one.  For deity-centered religionists, like Odinsson and many Christians, the earth is holy only because it was created by a holy God or gods.  For earth-centered Pagans, however, the earth itself is the source of holiness.  “How can Halstead claim his religion is rooted when the soil of the Holy Powers is denied?” Odinsson asks.  My answer and my question is: “How can Odinsson claim his religion is rooted when the Holy Power of the soil is denied?

Odinsson says “rootedness is holiness.”  My religion is rooted.  In fact, it is a religion of roots … and of tubers and worms and actinobacteria.  I am a dirt worshipping Pagan.  My gospel is the gospel of compost.

If you need a cosmology to understand my conception of the sacred, then I give you “The Greatest Story Ever Told”, the greatest creation myth ever conceived: “The Epic of Evolution”.

And if you need see a deity to understand my conception of the holy, then … behold the Goddess! The Mama!  She who is the Universe.  She who is the Earth.  She is the largest supernovas exploding in the unimaginable vastness of space.  And She is the earthworms in my garden.  She is as real and as present as the ground beneath our feet, because She is the ground beneath our feet.  In Her, “we live and move and have our being,” like the air we breathe, because She is the air we breathe.  She is closer to us than we are to ourselves, because She is the blood in our veins, the electricity in our brains, the microorganisms in our gut metabolizing the food we eat, the shit we excrete which returns to the earth as fertilizer for new life.

In the words of earth-centered Pagan, Ruby Sara, “my religion rests on the belly of the Mama. … The Mama is simply All. She is not the manifestation of the Divine, She is not the creation of the Divine – She IS Divine.”  And I am a part of her.  And so are you.  And our bodies, our flesh, our whole organic selves are holy.  This is not a reductionist theology.  This flesh, this landscape, this earth, this cosmos is more complex than we can comprehend in our present state.  Understanding this doesn’t close the doors of perception; it opens them.  It deepens our relationship with all that is.

The god of dirt
came up to me many times and said
so many wise and delectable things, I lay
on the grass listening
to his dog voice,
crow voice,
frog voice; now,
he said, and now,

and never once mentioned forever,

Grok Earth. Praise to the Mama! Thou Art Goddess. 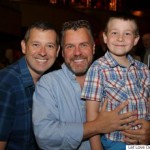 November 8, 2015
The Mormon Church Punishes the Children of LGBT Parents for the "Apostasy" of Their Parents
Next Post 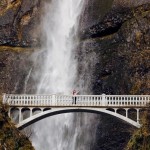 November 13, 2015 A "Valiant Attempt" to Bridge the Gap Between Pagans and Environmentalists
Recent Comments
0 | Leave a Comment
"Ironically, the pagans have stumbled upon evidence that there will be an Armageddon exactly when ..."
The Penitent Man Shall Pass Call for a Pagan Community Statement ..."
"John H.Halstead...Someone wrote or said. Be the change you want to see in the world. ..."
Toni Stamps 13 Things You Don’t Need to ..."
""petty and defensive"?: "Are you foolish enough to think christianity is the elder?""
John H Halstead 13 Things You Don’t Need to ..."
"Attack? This isn't my faith :)Is it yours? You come accross more christian....petty and defensive."
Toni Stamps 13 Things You Don’t Need to ..."
Browse Our Archives
get the latest from
Pagan
Sign up for our newsletter
POPULAR AT PATHEOS Pagan
1