The World As My Beloved: My Winding Path to Environmental Activism (Part 4/10)

I returned to Muir Woods two years later, just before I went to PantheaCon with my wife. That second visit set the tone for the entire Con, and I think it opened me up to the realization I was going to have.

On the first evening of PantheaCon, I had the first hint of this realization during a ritual organized by T. Thorn Coyle. At one point in the ritual, Thorn asked those present to think of the name by which the divine calls to them. I thought about it, and the name that came to me, seemingly out of nowhere, was … “Beloved.” I thought it was strange, but it felt right. It wasn’t until later that the name fit into the larger picture for me.

Later, my wife and I attended a workshop led by LaSara Firefox and Robert Allen entitled, “Mystical Love: Encountering the Divine Other.” LaSara and Robert drew on the writings of mystics through the ages to develop the idea that we can encounter the Divine through another person and eventually transcend our ego-consciousness in this way. They described it as a form of bhakti yoga, a devotional path which involves fostering love and surrendering to a divine other. It got me thinking about the idea of encountering divinity through a passionate relationship with another person. It think it was a short step from there to the idea of encountering God through a passionate relationship with the world itself.

But the most significant experience at the Con for me happened at the Kali Puja ritual organized by Chandra Alexandre of Sharanya. I had been to this ritual at a previous Pantheacon I attended, so I knew what to expect, but this time I had a very different experience.

The Kali Puja ritual is a devotional ritual. There are expressions of love, gratitude, and surrender to the goddess Kali. Outwardly, the ritual has the form of the worship of a single Indian goddess. But for Sharanya, Kali is an expression of the universal Goddess, the Divine Feminine, which emphasizes her “antinomian, relational, embodied, cyclical and chthonic” attributes, a Goddess who is manifest in the physical world and in our own bodies. While, in a superficial sense, the focus of the ritual seemed to be on the goddess Kali, it is the Goddess as experienced by and manifest through each of the people present. Unlike a polytheistic ritual in which the benefit to the participants is secondary to the benefit to the gods, the goal of the Kali Puja (as I understand it) was the transformation of the participants.

There was one point in the ritual when Chandra invited those who were menstruating, had recently given birth, or had recently had sex to stand and be honored. The last time I had attended, my wife was not with me, and I did not stand. Obviously, the only way a cisgendered man would stand in this context is if he had had sex recently. This time I did stand. (It was the day after Valentine’s Day!) I considered remaining sitting and hiding, but it seemed wrong, like I would be hiding something that shouldn’t be hidden.

So I stood.  And then everyone in the room bowed to those of us who were standing. It was one of the most sublimely humbling experiences of my life. I am accustomed to public speaking, but this felt like I was standing naked before all the world — and yet unashamed. I was acutely aware of my maleness, but I also felt something else that transcended gender.

Someone from a monotheistic religion looking at this might have thought that those bowing were worshipping me and the others who were standing. But I understood that what they were honoring was the Goddess manifest though us, through our bodies. I knew that it was not me that was being worshipped, but the Goddess. I have never experienced a Drawing Down before, but I imagine that what I felt standing there was a little like that. I felt, more than ever before in my life, that I was manifesting the Goddess — the Goddess who is the creative, erotic, fleshy, physical world itself.

After the Kali Puja ritual, I started to put these pieces together. For a long time, I had been so distracted by theological questions, both fascinate and repulsed by devotional polytheism, that I had lost sight of why I had been drawn to seek the gods in the first place. I realized that devotional practice is not limited to deity-centered religion. There can be an earth-centered or nature-centered kind of devotion too. I realized that what I needed was to develop a devotional religious practice, not toward gods, but toward the world. The world itself could be that Divine Other who I had been seeking and who could draw me out of my ego. What I needed was a religious practice that would affirm, encourage, and sustain the embrace of the world as my Beloved.

May 14, 2016
My “Double Rainbow Experience”: My Winding Path to Environmental Activism (Part 3/10)
Next Post 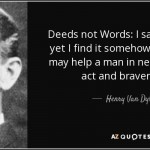 May 16, 2016 Tell us about someone you know who is putting A Pagan Community Statement on the Environment into action
Recent Comments
0 | Leave a Comment
"Ironically, the pagans have stumbled upon evidence that there will be an Armageddon exactly when ..."
The Penitent Man Shall Pass Call for a Pagan Community Statement ..."
"John H.Halstead...Someone wrote or said. Be the change you want to see in the world. ..."
Toni Stamps 13 Things You Don’t Need to ..."
""petty and defensive"?: "Are you foolish enough to think christianity is the elder?""
John H Halstead 13 Things You Don’t Need to ..."
"Attack? This isn't my faith :)Is it yours? You come accross more christian....petty and defensive."
Toni Stamps 13 Things You Don’t Need to ..."
Browse Our Archives
Related posts from The Allergic Pagan