Voices in the Wilderness: My Winding Path to Environmental Activism (Part 8/10)

Voices in the Wilderness: My Winding Path to Environmental Activism (Part 8/10) May 20, 2016 John Halstead

It was around this time that I realized that something was wrong with the Neo-Paganism.com website which I had been curating. It presented a very Self-centric view Neo-Paganism, and the absence of an earth-centered perspective was suddenly glaring to me. I started researching, looking for material to round out the site, and I discovered the writings of John Muir and Rachel Carson, the “father of the national parks” and the “mother of the environmental movement.” They inspired me to learn more about deep ecology and to become an activist myself.

I was deeply moved by the story of how John Muir cut short a career in industry, following an accident that left him temporarily blinded, after which he walked 1000 miles from Indiana to Florida, and then sailed to San Francisco in 1869. From there, he walked to the Sierra Nevada mountains, where what he saw (what he called the “Range of Light”) transformed him and led to him becoming the “father of the national parks.” I recognized in Muir’s evocative prose my own experiences in the woods, and I heard in his writing the voice of a modern-day prophet.

I was similarly moved by the story of Rachel Carson’s discovery that the disastrous decline in bird populations was due to insecticides like DDT, and her campaign to end their use. I was especially inspired by the image of Carson standing up against chemical industry which threatened her with legal action, attacked her scientific credentials, accused her of being “hysterical”, and even attacked for being an unmarried woman. Like Muir, Carson’s activism was informed by her insight into our interconnectedness with our environment. Their stories awoke in me a growing sense of urgency about the decimation of the environment and compelling need to do something about it.

That fall, I participated in my first environmental demonstration, as a local part of the People’s Climate March, and then in a large anti-tar sands march in St. Paul. I began looking for other ways to take action, from other public demonstrations to changing my own lifestyle. Around the same time, the Covenant of the Goddess published their public statement on the environment, which prompted me to organize a group of Pagans to create what became “A Pagan Community Statement on the Environment.”

May 19, 2016
It Should Have Happened on a Mountaintop: My Winding Path to Environmental Activism (Part 7/10)
Next Post 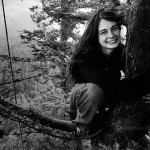 May 21, 2016 We’re Already Living in a Tree: My Winding Path to Environmental Activism (Part 9/10)
Recent Comments
0 | Leave a Comment
"Ironically, the pagans have stumbled upon evidence that there will be an Armageddon exactly when ..."
The Penitent Man Shall Pass Call for a Pagan Community Statement ..."
"John H.Halstead...Someone wrote or said. Be the change you want to see in the world. ..."
Toni Stamps 13 Things You Don’t Need to ..."
""petty and defensive"?: "Are you foolish enough to think christianity is the elder?""
John H Halstead 13 Things You Don’t Need to ..."
"Attack? This isn't my faith :)Is it yours? You come accross more christian....petty and defensive."
Toni Stamps 13 Things You Don’t Need to ..."
Browse Our Archives
get the latest from
Pagan
Sign up for our newsletter
POPULAR AT PATHEOS Pagan
1

The Toxicity of Crystals and Ways...
Keeping Her Keys
Related posts from The Allergic Pagan