An Open Letter to Mr. Trump

Editor’s Note: This letter is primarily written to presidential candidate Donald Trump, but it also expresses what must be said to all who claim the identity of Christian and advocate violence as a credible solution to the world’s problems. Matthew writes for the benefit of all who are affected by the vicious cycle of violence and hostility which is unfortunately being fueled by Islamophobic rhetoric. The victims of this rhetoric are innocent Muslims harassed at home and falsely labeled enemies abroad, but they are also those who perpetuate this dehumanizing rhetoric and lose something of their own humanity in the process. All who profess to follow Jesus should understand that violence is antithetical to his Way, as he came not to take life, but to give life in abundance to all.

Just a few days ago, you stated that your plan for ISIS, should you become the President of the United States of America, would be to “bomb the shit out of them.” My first question regarding this is: how do you reconcile your stance with that of Jesus? As a good Christian, I am sure you are aware of the story of Jesus in the Garden of Gethsemane. In Matthew’s version of the story (as well as John’s), you will read about a violent disciple, Simon Peter, who attempts to thwart Jesus’ peaceful mission with a sword but is immediately rebuked by the Lord. Live by the sword, die by the sword. Jesus then even says that he has twelve legions of angels at his disposal, should he decide to bomb the shit out of the overwhelmingly powerful Roman soldiers and thus, save his own hide. Is that not essentially the same type of firepower that you will posses should you become the President? So, why then, would you unleash your arsenal when your Master did not? You do claim to be a follower of Jesus, don’t you?

Now, I am sure that you are also very familiar with the Sermon on the Mount. Even non-Christians like Gandhi, who read the sermon daily, take these teachings seriously. In this sermon, Jesus offers some very radical teachings on non-violence and enemy love. Contrary to Levitical law, Jesus teaches that we are to love our enemies (Matt 5:44) and turn the other cheek when violence is committed against us (5:39). We do this because that is what the Father does (5:48). Mr. Trump, how can you honestly reconcile this command of love with your current view of the worldwide crisis, one that is only exacerbated by an ever-escalating cycle of retributive violence? In my opinion, it simply cannot be done, no matter how creatively, or rather, how un-creatively, you read Matthew 5–7.

And speaking of commands of love . . .

Do us all a favor and read the Parable of the Sheep and the Goats because it will go a long way in helping you better understand how to properly love the One you claim to follow. In this teaching, Jesus, in a very real way, teaches that what we do to the “least of these,” we do to him. Literally! Paul takes an identical view regarding humanity’s interconnectedness in his letter to the Romans. According to John’s gospel, this is because nobody comes into being without coming into being through Christ (John 1:3). If I may be blunt: this includes Middle Eastern refugees, of which, Jesus was one. When you refuse to feed the hungry, when you refuse to give drink to the thirsty,when you do not welcome a stranger, you do those very things to Jesus Christ, the Lord of your life, nay, the Lord of everything and everyone!

So, after the cameras are turned off, after the microphones are taken from your mouth, after the ego lays itself to bed at night, meditate on this.

I do not say these things to condemn you. Your words and actions are self-condemning (See Romans 2:1). But you are loved and therefore, can be love to others. You must humble yourself and see Christ in even your enemies though. The first and second century followers of the Way—i.e. Christians—had this view and that is why they were decidedly non-violent.

O, how far we have fallen as a church!

Mr. Trump, I implore you to repent. Change your mind regarding this. It is never too late to change your posture to line up with Christ’s, which is decidedly peaceful. Test this with John 20:19–23. If you claim to be a follower of Christ and thus, living in the Spirit, then the manifestations of that will clearly match the Spirit Jesus breathed on the disciples after the resurrection. The public actions I have seen from you in the past few months assuredly do not. Again, in the quiet moments, when you are at your most childlike, meditate on this and repent.

I pray you find the peace of Jesus in your heart. 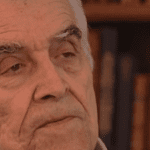 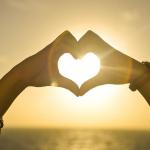 ReligionProf Podcast with Ruth Hayhoe about...
Religion Prof: The Blog of James F. McGrath
Books by This Author Books by All Set Free 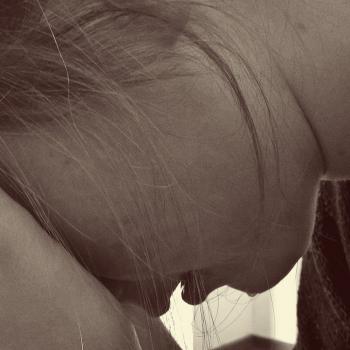 Progressive Christian
No, Allegations Of Abuse Are Never Irrelevant
All Set Free 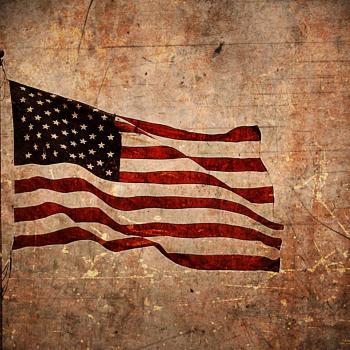 Progressive Christian
Nationalism is Division of the Body
All Set Free 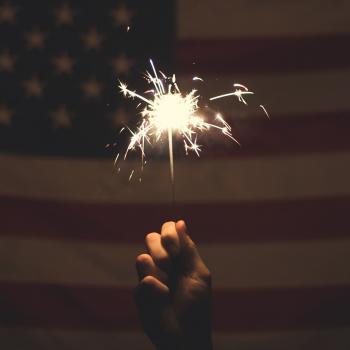 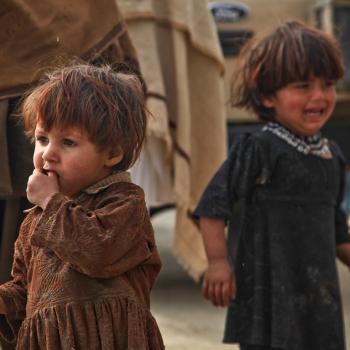