Love and Justice: Two Sides of the Same Coin

Too often, when Western Christians hear the phrase “God is love,” they feel all-too-inclined to interject with something like “Yeah, BUT, God is also . . .

Now, I understand the need to feel as if a dichotomy must be made. I mean, the Bible is clear: for every verse about God’s mercy, love, and forgiveness, there is one about God’s wrath, vengeance, and retribution. And so, it is easy to see why, when it comes to theologizing, we split up these attributes and create the Janus-faced God of Augustinianism—the God who everlastingly offers mercy to whomever God pleases, while unleashing everlasting vengeance and wrath on the rest.

However, what if this is the wrong way of going about things? What if, when it comes to a discussion about the attributes of God, things aren’t supposed to be so split? Well, as you can already probably tell, that is exactly the point I hope to make in this article.

One of the analogies the Bible uses to describe God is that of Father. Now, that doesn’t mean God fails to be motherly, only that when the books of the Bible were written, patriarchy was the cultural modus operandi. That is to say, “Father” would have been the best way to convey what God was like to the people living in the first century and prior.

That said, how, exactly, does the Bible describe the nature of the Father? Well, a good place to start is with the story about the prodigal son.

In this parable, a man has two sons. When the younger of the two asks for his inheritance, he is granted it in whole. Sadly, though, the son immediately squanders every last bit of it. At his lowest point, being that he was dying of hunger, he even considers eating the slop that was meant for the pigs (and remember, pigs are not viewed too favorably in Jewish culture). This predicament forces the son to return to his father and offer himself as a mere “hired hand.” But the father has other ideas. In fact, being so overjoyed and so filled with mercy and compassion after laying his eyes upon his youngest son, the father runs down the lane, wraps him in his arms, and kisses his precious boy. Then the father throws a giant party, with the piece de resistance being the coveted fatted calf.

What happens next is fascinating. Instead of rejoicing over his brother’s return, the eldest son becomes jealous and angrily protests away from the family shindig. How does the father handle this? In the same, consistent way he handled his youngest son’s poor behavior. First, the father ensures the eldest son that he is always with him, and that whatever he owns the son owns as well. Then, he reminds him that his brother, who had indeed perished (Greek: ἀπολωλὼς) was now alive and well. So, how could they not celebrate such an occasion?

At this point, I can almost hear the pushback: What about those who never repent? What if the eldest son never reconciles with his brother? What if he never turns from his sin?

Those are great questions.

My simple answer is this: being people of hope, we Christians should always long for the day when both sons reconcile with their father and each other. Indeed, as the Apostle Paul taught in Ephesians 3, because the love of God is wider and longer and higher and deeper than our knowledge can even begin to comprehend, we are to always hold out hope that God will “accomplish abundantly far more than all we can ask or imagine.”

What I take this to mean is that if we can imagine a time when both sons are redeemed, then God will accomplish this and more. What can be more than their ultimate redemption? I have no clue. But I have a big imagination (thanks, Brad Jersak).

None of this is to say that unrepentant sinners are going to get off scot-free, or that folks are just going to waltz in through the open gates of New Jerusalem still acting like immature boys with large inheritances. Of course not. As George MacDonald emphatically states, mercy and justice are one and the same; meaning you can’t have one without the other. In other words, sinners are going to have face their sin and have it burned away; victimizers are going to have to face their victims and show remorse, and the two parties are going to have to reconcile. This can be a painful process, to be sure. The Apostle Paul learned full-well what that is like when, blinded by the risen Christ, he’s led into the house of one of his Christian victims. And we all know how this event turned out: Ananias welcomes Saul in as a brother, the scales fall from Saul’s eyes, and one of the world’s most notorious persecutors begins to be transformed into the Church’s greatest apostle.

To conclude, what I would like to emphasize is that if we are going to make the claim that God IS love—not that God is merely loving, but that God is the very essence of love—then we are going to have to be really careful not to talk about God’s other attributes outside of this context. Indeed, justice and mercy are two sides of the same coin we call love. In the same way that we wouldn’t choose which attributes to evoke when reprimanding our kids—that is to say we should always reprimand in love—God doesn’t choose which attributes to evoke when chastising us. It’s always in the context that God is love. Hence, God’s justice is loving. God’s wrath is loving. God’s holiness is loving. And God is always seeking to restore us, to reconcile with us. All of us, all the time. 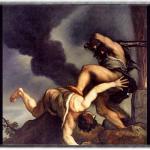 November 14, 2017
3 Lenses With Which to View the So-Called 'Clear Biblical Truths'
Next Post 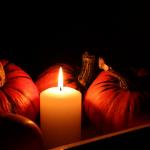 November 20, 2017 10 Things I'm Thankful for This Thanksgiving
Recent Comments
6 Comments | Leave a Comment
"I came here to say just this. I wish I had a dime for every ..."
Alan 7 Assumptions About Universalism That Are ..."
"Good exchange Bones! Couldn't have said it better myself. Scientist seems to have courteously received, ..."
KRW 7 Assumptions About Universalism That Are ..."
"not the whole thing. I lost interest really quick. It is TGC. Nothing was surprising. ..."
Matthew Distefano Before You Lose Your Mind
"Thank you Matthew for pointing out a way to find the one Teacher and Guide ..."
Herm Before You Lose Your Mind
Browse Our Archives
get the latest from
All Set Free
Sign up for our newsletter
POPULAR AT PATHEOS Progressive Christian
1