On December 14, my family and I will be heading down to Orange County, California to, among other things, record a live episode of the Heretic Happy Hour (we are also going to Disneyland, but who is counting?). To be perfectly honest, though, I’m more excited about the podcast than visiting Disneyland for the umpteenth time. First off, it will be our tenth episode, so it is a milestone of sorts. To celebrate, we’ll have special edition merch—koozies, mugs, and flasks—a mini-concert by Barrett Johnson, a live audience, plenty of spirit/s, and a topic that is sure to set folks on fire: hell. And secondly, I get to see my good friends Jamal Jivanjee, Keith Giles, and Ralph Polendo!

Really, one couldn’t ask for a better night.

Now, to be quite honest, prior to this week, it had been quite a long time since I thought about the doctrine of hell. It’s just one of those things that once you deconstruct, you tend to forget about it. Kind of like the Rapture™. So, because of this upcoming podcast, I’ve had to revisit some ideas that have been long since been brushed aside. I’m actually quite thankful though, because it has helped me reformulate some questions and ideas that I’d like to share with you now. I’ve narrowed them down to five.

I don’t know about you, but for me, believing in hell was akin to believing in hopelessness. Sure, one could always hope that, in the end, they’d “make it.” But what about everyone else? What about those family members who died without having first confessed Jesus as Lord? What about our sons and daughters, mothers and fathers, husbands and wives: Do they end up lost to us forever and ever? Can we even fathom such a thing? Do we at least hope that somehow, someway, they too will be saved?

If we don’t—if we truly hope that, in the end, some people will be tortured for time-everlasting—then it is my contention that we are in need of some serious help. I am not sure how to say it any other way, but those, like Tertullian and Martin Luther, who revel at the sight of their enemies roasting in a fiery cauldron for all eternity are acting beyond shitty. There’s just no two ways about it.

To that end, can we, for the sake of our humanity, at least hope for a better ending than the one we’ve grown up hearing? Can we hope that all people will be saved?

I just mentioned that to avoid the terror of hell, one could always hope that they’d be spared the flames. However, how can we really be sure? When I affirmed eternal torment, I never was. I’m sure we’ve all experienced this fear at least once. I mean, not for nothing, but if we take seriously Jesus’ warnings in Matthew 25:31–46, then we’d realize that it’s not the unbelievers who need to worry about hell, it’s those of us who profess Jesus as Lord but then fail to help the hungry, the thirsty, and the other “least of these” who do. They’re—or, more accurately, we’re—the ones who are gonna burn.

Most Christians believe that God created out of nothing. In philosophical terms, it’s called creatio ex nihilo. If this is true—and I’m fine with that—then what does it say about God if some of God’s creation is, in the end, utterly lost? To put it another way, what does it say about God if God created a scenario in which some of those whom God loves will one day suffer, not only eternal annihilation, but eternal suffering? To my mind, it suggests that God should not be trusted.

Some would, at this point, likely attempt to use the “free will” defense for hell, but I’ve long since found that to be an unpersuasive retort. Not only has the libertarian notion of free will failed to stand up to philosophical critique, but it still doesn’t change the fact that God—the first cause, the grounding of all being—is still ultimately responsible for what “free” moral agents do, given that God is the one holding the whole of the cosmos together. You simply cannot escape that fact. So, if God indeed created a cosmos in which “free” agents can make choices that potentially lead them to suffer for all eternity, then God is, to my mind, at best capricious and at worst, out-and-out malicious.

Acts 17:28 tells us that “In [God] we live and move and have our being.” In other words, we can’t exist apart from God. In fact, nothing can. Indeed, everything comes from God as God pervades all things.

So, how in the world can a place of eternal separation from God exist? How would existence even be sustained apart from God? Is hell a kind of god unto itself? Wouldn’t that reduce the one true God to a mere demiurge—a being who creates things, but isn’t that which sustains existence as such—among other demiurges?

Now, I know some will be inclined to turn to 2 Thessalonians 1:9, which reads “these [those who do not know God] will suffer the punishment of eternal destruction, separated from the presence of the Lord and from the glory of his might” as a prooftext for such a fate. However, a simple prima facie reading of this passage will never suffice, simply because our English translations do not do justice to the Greek text. I attempt to point that out in an essay entitled “An Exegesis of 2 Thessalonians 1:7b–10” that you can read here. I encourage you to give it a few minutes of your time.

Haven’t you noticed how, over the centuries, the belief in eternal hell—regardless of faith tradition—has led to the justification of some pretty heinous violence against others? And it’s not just modern, radicalized factions of Islam who are guilty of this. We Christians are just as culpable. If you remember, when heretics were burned at the stake, it was justified with help from the doctrine of hell. In other words, it was a righteous act to kill a heretic because in doing so, souls were being saved from the flames of hell.

I’ve said it before and I’ll say it again: Fear does not generally lead us to do good things. Sure, in a fight or flight situation, fear is fine. A little death anxiety is a good thing if we are confronted by mountain lion, for example. But the neurotic kind of death anxiety, the kind that drives us to kill in the name of saving people from hell, that is not a great motivator to doing good. Never has been, never will be.

May we consider these things. And may we hope for something better than hell. 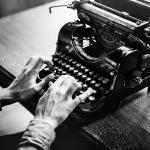 December 7, 2017
A Response to One of My Detractors (Re: ‘What My Universalism Is and Is Not’)
Next Post 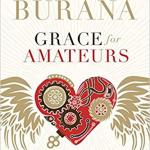