If Anyone Is Going to Hell, It’s the Christians

If Anyone Is Going to Hell, It’s the Christians May 22, 2018 Matthew Distefano

Although I no longer engage in theological discussions on Facebook all that often, I still get into it with folks from time to time. What I find fascinating is the level of certainty with which many Christians approach whatever topics are being discussed. Especially confounding is how many of these “believers” offhandedly talk about the fate of non-believers. In essence, everyone is going to hell. Muslims. Atheists. Jews. Even Christians who theologically see things differently than them  are one day going to find themselves consigned to the eternal barbecue.

To that end, I’d like to remind these Christians of a few things with the hopes that they will slow their roll when it comes to consigning others to hell.

First, let’s focus on Matthew 7:21–23, a favorite prooftext some Christians use to argue that others will one day be forever lost to the flames of hell. But before we tackle these verses specifically, let’s take a look at how chapter 7 begins. Jesus states:

This type of warning should give us great pause. It should make us feel a bit uneasy. Why? Because we should all see ourselves as the one with the ginormous eye-plank. That’s the point. And I don’t know about you, but I know that I’ve yet to get all my shit together. I still sin. I still hold grudges. I still withhold mercy and grace. I still act like a damn fool from time to time. Hence, I should be the last to turn to my neighbor and start talking about all the sin in their life.

What about you? Are you so holy and righteous that you feel the need to talk about the planks in the eyes of others? Or, should you take it easy when it comes to the sins of others?

If the warnings in verses 1–5 were harsh, these that follow are worse yet. But notice who Jesus is talking to. It’s not the unbelievers. It’s not the pagans. It’s not, if I may be anachronistic for a moment, the New Atheists, or Muslims, or other “non-believers.” It’s those who profess to following Jesus—those who prophesy and cast out demons in Jesus’ name—who are told to scram. In other words, if anyone is going to hell, it’s those who say “Lord, Lord”—i.e. Christians—but then refuse to act like “little Christs.”

The same thing could be said about Matthew 25:31–46— yet another favorite prooftext Christians use to “prove” that some will burn in hell. What is deliciously ironic about this is that the point Jesus is actually trying to make is really the opposite of what many Christians would have us believe.

You see, when Jesus divides the nations into the two groups—wicked goats and righteous sheep—notice that both the sheep and the goats are surprised by their standing with the Lord. In other words, those who think they are sheep but still refuse to aid the starving, the thirsty, the naked, the sick, and the imprisoned, are going to be surprised when they end up on the left, as a goat, consigned to “eternal punishment.” While those who have no idea who Jesus is, but who still help those in need, will find themselves on the Lord’s right, are counted as sheep, and who then gain “eternal life.”

Again, like the passages from Matthew 7, this warning should be a sobering wake-up call for us all. What is made fairly clear is that we cannot simply rest on the fact that we take on the name of Jesus. Rather, we need to not only aid those who need it the most but need to resist the urge to judge those who don’t, lest we find ourselves condemned by our own judgmental logic.

The Apostle Paul emphasizes the same point in his letter to the Romans. After listing all the vices folks in the early churches were succumbing to, he then drops the following hammer on those who judge others for engaging in these vices: “Therefore you have no excuse, whoever you are, when you judge others; for in passing judgment on another you condemn yourself, because you, the judge, are doing the very same things.”

Again, that’s some pretty harsh stuff. It should really cause us to pause. Because let’s just be real for a second: we are all doing these things. Even Paul did. Remember his admission? “I do not understand my own actions. For I do not do what I want, but I do the very thing I hate . . . For I do not do the good I want, but the evil I do not want is what I do.” And again: “All fall short of the glory of God.” Paul included. Me included. You included.

So again, judge not lest you be judged. Cast not others into hell lest you cast yourself into hell. Beware of your own planks, not the specks of “those sinners over there.”

All this being said, I still believe God will one day “reconcile all things unto himself.” This even includes those who follow Jesus and yet still condemn others for not. The point I am trying to make, however, is that if anyone is going to end up in hell, it’s not those whom we judge. It’s us. We’re going there. We’re the ones retaining sins, not Jesus (see John 20:19–23).

About
Matthew J. Distefano is the author of four books, including the recently released "Heretic!: An LGBTQ-Affirming, Divine-Violence Denying, Christian Universalist's Responses to Some of Evangelical Christianity's Most Pressing Concerns," out now on Quoir Publishing. He also co-hosts the Heretic Happy Hour podcast, is married, has one daughter, and likes to spend his free time hiking, gardening, and cooking. You can read more about the author here.
Previous Post 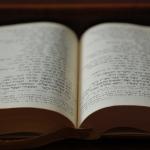 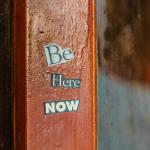 May 29, 2018 Direct Experience vs. The Bible: Some Initial Thoughts
Recent Comments
40 Comments | Leave a Comment
Browse Our Archives
get the latest from
All Set Free
Sign up for our newsletter
POPULAR AT PATHEOS Progressive Christian
1 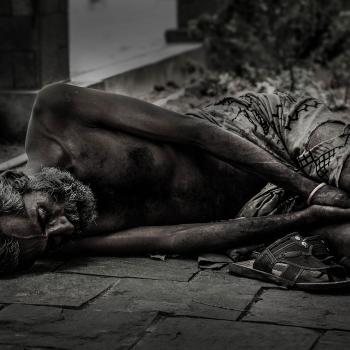 Zooming Into The Future
My church, Crooked Creek Baptist Church, has announced its plans to resume...
view all Progressive Christian blogs
What Are Your Thoughts?leave a comment
Copyright 2008-2021, Patheos. All rights reserved.
error: Content is protected !!