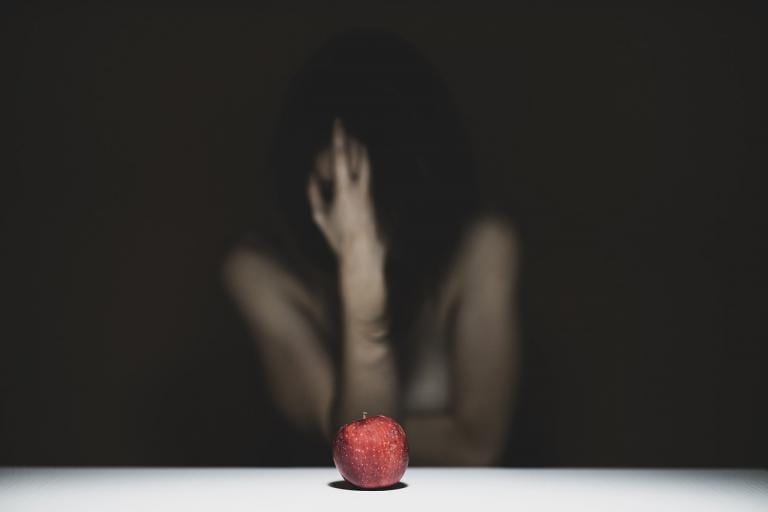 A lot of Christians have a skewed view of sin. If I had to guess at a percentage, it would be about fifty. In all honesty, it may be higher, but perhaps I only say that because I grew up in a predominantly white, entirely conservative, Evangelical church. And these folks are obsessed with sin. Sin this. Sin that. Sin. Sin. Sin. Why is this so? The cynic in me says it’s all about controlling the masses, but it’s likely much more complicated than that. This whole obsession with sin goes way back to the early days of Christianity, takes a while to fully develop, and then finally solidifies in the fifth century with Augustine.

And look, I’m not trying to put all the blame on one person, but Augustine (and his mistranslation of Romans 5:12) is basically the guy we can thank for this. It was he who finalized the now skewed doctrine of original sin, which essentially says that human beings are “totally depraved,” and thus are a massa damnata, or “condemned crowd,” as it were. In modern times, you hear Calvinists hammering this doctrine home in just about every sermon, but in all reality, it has its tendrils in more far-reaching places than Calvinism. It’s everywhere, and is described in many different ways. Here’s some of the things you’re likely to hear from the pulpit:

Now, while it is true that Paul talks about sin entering the world through one man, and death through sin for all who follow, it’s not true that that should be plucked out of Romans 5 in order to make a fully-developed doctrine of sin. Doing so is nonsensical. Why? Because Paul isn’t focused so much on sin here, but is trying to make a point in just a few verses, namely that even though sin entered through one man (Adam), how much greater is it that life also enters through one man (Christ)? Simply put: This passage is not so much about sin; it’s about the undoing of sin that comes with Christ’s “free gift” (Rom. 5:16). For all. Full stop.

Nevertheless, unlike Paul, Christians still seem more concerned with the universality of the sin portion of this passage than the universality of the life portion. And so, we’re going to explore this topic throughout this article and then in the next, and hopefully put forth an understanding of sin that is less harmful than the one currently floating around in most Christian churches these days.

Even though I just threw shade at the doctrine of original sin, I do think there is something to the fact that we are all born with a certain “sin nature.” Now, please don’t misunderstand me here. I am not saying we are totally depraved. I am not saying sin is how we are to be defined. I am just saying that there is a part of us that has a propensity to rebel against God. Think of it like the dark side of the Force from Star Wars—there is a light side of the Force, and a dark side, and force-sensitive beings are drawn in opposite directions from each. In Judaism, there is a term for this: Yetzer.

In most Christian churches, this is not a term that is discussed, but it is something that should be understood. To my mind, it’s the most accurate understanding of the human propensity toward sin. I just gave you the Star Wars analogy, but also think of it like this: Two figures, sitting atop each shoulder, pulling us in opposite directions. On one shoulder sits the “good” angel, drawing us toward compassion, empathy, and love. This is the yetzer ha-tov—the “good impulse.” But on the other shoulder sits the “bad” angel, drawing us toward evil, malice, and selfishness. This is the yetzer hara—the “bad impulse.” Or, if you’d like, think of Frodo Baggins’ struggle with The Ring of Power. Throughout his journeys, when faced with trials and tribulations, he is in a constant battle with, not only Sauron’s forces of evil, but the power of the Ring itself. Does he put it on his finger in order to disappear? Does he leave it off because, deep down, he knows that it will one day strip him of who he really is, just like it did to Sméagol? Only he can choose. Two forces, two yetzers, pulling in opposite directions within one brave Hobbit.

Now, am I suggesting that there are literal angels and demons sitting atop our shoulders? No. This is an analogy, and a damn good one. We’ve probably all felt it in our daily lives: A homeless widow asks you for money, and you are pulled toward helping her until you kick around in your head all the things that twenty-dollar bill could buy; a coworker starts gossiping about your manager, Susan, and before you can disengage and get back to work, you are drawn into the conversation like a puppy picking up the smell a doggy treat. Again, it’s not that we are totally corrupt or even totally good; it’s that we are complex, and have the ability to choose good or evil throughout the day.

At this point, you may be asking yourself: What IS goodness? And what IS evil? In fact, what IS sin, exactly?

Well, I’m glad you asked, because theologian Cornelius Plantinga has a great definition that I find most helpful. He writes:

Sin is disruption of created harmony and then resistance to divine restoration of that harmony . . . God hates sin not just because it violates his law but, more substantively, because it violates shalom, because it breaks the peace, because it interferes with the way things are supposed to be. (Indeed, that is why God has laws against a good deal of sin.) God is for shalom and therefore against sin.

We can obviously have a discussion about God’s supposed “laws” and what all that means, but the point is this: Sin is the disruption of harmony, the disruption of shalom. It’s the disruption of peace. More than simply a list of peccadillos, sin is any violence committed against one’s self, one’s neighbor, or even one’s planet. As Paul puts it in Romans 3:23, sin is directly attached to “falling short of the glory of God,” which Exodus 33:18–19 describes as “goodness, mercy, and compassion.” Goodness towards one’s self and others. Mercy shown to those who may not “deserve” it. Compassion in everything we do.

Again, though, our proclivity for sin is not proof that we are totally depraved. We can always make choices that lead to harmony and peace. And while I don’t believe we have the type of free will many Christians believe we have—we’ll get into that in the follow-up article—we all have a free will of sorts, and can always make choices that are more in line with our yetzer ha-tov than our yetzer hara. 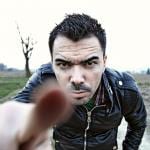 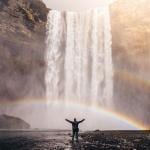 March 30, 2021 Licensed to Sin: Part II
Recent Comments
0 | Leave a Comment
"OK, fair enough. I'm sorry."
Robert LIMB Coming Out
"good lord...this is literally the worst thing you can ask someone coming out. piss off ..."
Matthew Distefano Coming Out
"Yours is very much my own take on this story. I am the eldest of ..."
brassyhub The Parable of the Prodigal Son ..."
"I don't think I am a "fundamentalist" as you would describe it, so I hope ..."
Robert LIMB Coming Out
Browse Our Archives
get the latest from
All Set Free
Sign up for our newsletter
POPULAR AT PATHEOS Progressive Christian
1 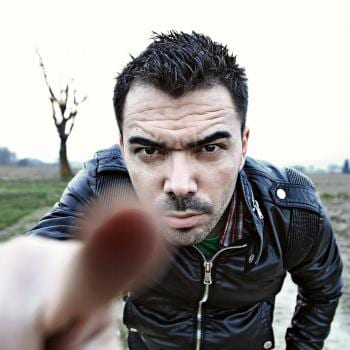