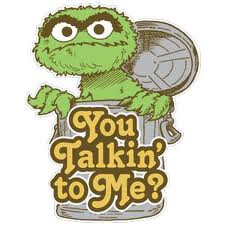 For those who don’t know, former Muslim convert Umar Lee, is (or should I saywas) a well known blogger in the “Islamic” blogosphere.  I must admit, I do not know “Mr. Lee” personally, but I have read some of his writings and heard about him from those who know him personally.

First of all, I didn’t agree with most of what Mr. Lee said while he was a so-called “Muslim” because most of it was extreme “Salafi” or “Wahabi” methodology;  meaning that he being a recent convert to the centuries old religion of Islam, suddenly became an expert without any type of formal religious teaching or scholarship – but of course that didn’t stop him from condemning his fellow (or former fellow) Muslims on how they should dress, act, speak and worship.

Most people probably are unaware that Mr. Lee was investigated by the FBI because they believed he had connections to terrorists.  Of course he was cleared of all suspicions, but very conveniently in 2010 he suddenly had dreams of Sheikh Gilani and started to leave his “Salafism” for the more peace-loving Sufism.  This according to his own blog post (which has since been removed).

Unfortunately, that did not completely cure his hatred and jealously of other “successful” American-Muslims, and just last year in May of 2012 he publicly attacked some Muslim “Hip Hop” artists as well as some scholars for not being true Muslims and in his words, “just going after some Pu–y”! (This YouTube video has also been made private now).

So now one year later, Mr. Lee issues a new video, but instead of attacking specific Muslims for not following Islam the way he thinks it should be practiced, he starts by saying that he is “gonna come out with a book” and that he “has left Islam” and “found his Lord and Savior in Jesus Christ” (PBUH).  Now, before we proceed further, let’s quickly analyze this.  The very first thing he says is that he is going to write a book!  Now for someone who has just found their “God” would writing a book be the first thing you proclaim?  Maybe, maybe not, but it is quite obvious after watching and listening to the rest of his diatribe on why he supposedly left Islam, he has become (or was always) one of those “Sell-Out Muslims” that he always use to diss and rag about on his blog posts and videos!  Very Ironic if you ask me.

The rest of the video proclaims that Muslims are always fighting each other.  They are racist.  They don’t mix with different cultures and races. They kill each other, etc.  If I were to use Mr. Lee’s same methodology to attack his new religion and the Southern Baptist Church, then I would have to say that they are over whelming White (80 percent, according to a 2010 study).  And looking at their history:  They were notoriously known to have filled the ranks of the Ku Klux Klan, Southern Baptists have been vociferous defenders of anti-miscegenation laws, Jim Crows edicts, lynching mob justice, to name a few. The Southern Baptist Convention was founded in 1845 in defense of slavery.

Now of course, I’m not saying that all Southern Baptist Christians are racist, but if you only look at one segment of a society, culture or a religion, then you can sway your reader’s views in that direction.

To be fair, Mr. Lee does bring up some important issues in his video about the Muslim Community – especially about the way we treat and help out converts to Islam.  There is very little support given to them, and many times, Like Mr. Lee they end up going back to their old way of life and leaving Islam.

But I find it very surprising that someone like Mr. Lee, who was a practicing “Muslim” for more than 10 years, did not follow one of the basic rules of Islam, which is that before you try to educate others, you need to educate yourself.  Before you try to change others, you need to change yourself to be a better Muslim.  Before you blame others, look at yourself and try to correct your own mistakes.

Mr. Lee had some type of following and fanfare from other Muslims.  He could have used that fanfare to highlight how he would have helped a new Muslim.  He could have shown that this is how you treat a new person (or even an “old Muslim”) who is learning the ropes of Islam.  He could have assumed a leadership role like other activists. But he didn’t do that.  He took the easy way out.  Instead of trying to help his fellow converts, new and young Muslims – he decided to abandon them – for a quick buck.  He will probably be paraded around by Evangelical and Right-Wing Christian groups as another one of those “Ex-Muslims” who has come back to Jesus!  They will help promote him (like they are already doing on certain Islamophobic websites).  They will pay him to speak and to write his memoirs.

But in the end, he will be the loser and will be forgotten like the rest of those who just wanted fame and not the truth.  In his video Mr. Lee proclaims “I don’t see any joy” in the Muslims!  And this is one of the main reasons why he left.  Are you kidding me?!  If I hung out with Salafis for 99 percent of my time, I wouldn’t see any joy either.  Islam is too diverse to be described in a short video or even in a small blog post like this.

I will just conclude with a short summary of a discussion I had recently with an older white Christian man, who works with our local Muslim community once a year on the day of Eid here in the Bay Area.  He helps to arrange for the carnival rides and games for the children.  He told me that he enjoys coming to our Eid program because he sees so much JOY in the eyes of the Muslim children and families who also come up to him and thank him for doing what he does.  It makes him (a non-Muslim, remember), feel happy.  Now, if this old man, had the same ideas as Mr. Lee, he probably wouldn’t be doing what he does (run carnival rides on the weekends), but instead he would be a racist, hateful, jealous and ignorant fool, who just likes to hear himself talk and make stupid videos with his camera phone and post it up on YouTube and then disable the comments, so he can’t hear anyone else in the world.

If you want to live like that Mr. Lee, go right ahead.  Like I said before: Good Riddance to Bad Rubbish. 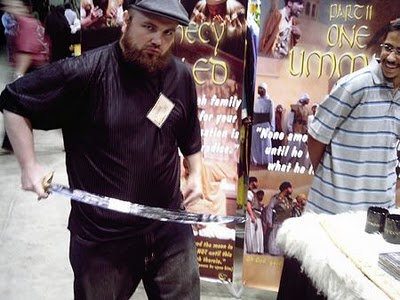 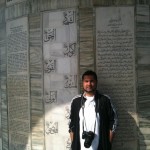 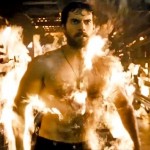 June 16, 2013 Man of Steel: The Good, The Bad and The Super
Recent Comments
0 | Leave a Comment
Browse Our Archives
get the latest from
Al Mihrab
Sign up for our newsletter
POPULAR AT PATHEOS Muslim
1

Muslim
Light It Up: How Do Religions Around the...
Al Mihrab
TRENDING AT PATHEOS Muslim