NCIS: A Case Study on US Military Propaganda

NCIS: A Case Study on US Military Propaganda January 30, 2014 irfanrydhan

Usually I don’t watch the CBS program “NCIS” (Naval Criminal Investigative Service) because I don’t like being bombarded by blatant propaganda which promotes US & Israeli Military aggression (see the image to the left and tell me if I’m wrong), but I happened to see some trailer’s for the new season’s first episode called “Kill Chain” and it peaked my interest.

The 11th season opens with a US Navy Petty officer being killed; by get this, a US Drone! Now usually, as most of the whole world knows, the US military is the one killing people by drone strikes (over 3,000 people killed by drone strikes in Pakistan alone according to the New America Foundation. You can see the detailed statistics they have here), so I was curious to see how this happened in the show.

The episode begins with the NCIS team investigating the scene of the attack (a public park in the DC area) and interviewing several witnesses. One of the witnesses, who actually saw the drone flying in the air, happens to be a “crazy” man who believes the government is following him. The investigative officer, Senior Special Agent Anthony DiNozzo (played by Michael Weatherly) ridicules the man by asking the man “how long has the CIA been recording your thoughts?” Now perhaps the show’s executive producer, Donald P. Bellisaro thinks the most of his show’s viewers are ignorant of what’s going in the country today, but in case you don’t already know, the NSA (National Security Agency) has been monitoring and spying on their fellow Americans (All of us, not just the “crazy” people or those with foreign sounding names) phone calls, emails and internet use for at least the past 5 years! So who is crazy now, huh?

Anyways enough reality, back to the fictional TV show. The NCIS team tracks down a woman named Erin Pace, who was connected to the victim. Erin was kidnapped by a Yusuf Rider, a career criminal who had converted to Islam while in prison, and forced her to “re-wire” the “Angelus Surveillance Drone” into a remote controlled killing machine for an international terrorist! Notice they named the drone “Angelus” which is Latin for “Angel,” implying that it is just an innocent surveillance drone of the US Navy and not really used to bomb and kill people in other countries. Of course everyone in the world (except the writers of NCIS, I guess) know that this is all Bull Shit, and the US drone war in Pakistan and Yemen have killed many innocent people (at least 750 civilians and “unknowns” combined in both countries)!

Eventually the NCIS team connects the dots and figures out that the mastermind of the attack is a wanted Pakistani terrorist, named Benham Parsa (played by a Indian TV actor and singer Karan Oberoi) who is seeking revenge against the U.S. military for their “Hellfire” missile attack that destroyed his “compound” in Pakistan. They find out he is in the country and is planning a larger attack using the “re-wired” drone.

Now before we go further in the story, let’s take a step back and look at a few things which are problematic:

1. It is stated earlier in the program that “UAV’s” (Unmanned Aerial Vehicles – i.e. Drones) “saves lives”! Now whose lives are they talking about? The 3,000+ who were killed by drone strikes in other countries? Or the US military personnel who were manning them remotely?
2. Another interesting quote in the show: “someone used our own tech against us!” This is in regards to the drone being used to attack and kill US military personnel. It’s interesting because it assumes that the technology’s original purpose is good (i.e. a plain old “spy plane”) and now it has gotten into the wrong hands and is being used to kill people. Again this is plain bologna!

3. Why do shows such as NCIS and “Homeland” (see my review of season one here) think it’s so easy for wanted terrorists to travel in and out of America? In this case, the Terrorist Benham Parsa also smuggles a whole drone into the USA! Either US Border Agents are really stupid or they are able to be bribed every time. In either case something is really wrong here!
4. What’s up with the name Benham Parsa? Benham is an English name (UK origin) and Parsa is Persian, which means “Devout.” The character studied at an English school. I guess he is part British because of his first name? In the show they show him speaking some foreign language at the end, but it didn’t sound like Urdu (the main language of Pakistan). More like Arabic, but not really. So in conclusion he is an English speaking Pakistani man with a Persian last name, British first name who is very polite (according to Erin Pace) and he is an international terrorist too!

Ok back to the storyline: It was determined by the NCIS medical examiner, Donald Mallard (played by David McCallum), that the “Muslim” kidnapper Yusef Rider, who died in an explosion when the NCIS team had tried to capture him, was not really a “suicide bomber” but just a “mercenary” who only affiliated himself with Islam for protection in prison (the ME found different gang affiliation tattoos on his body). So my question: Why even call him a “Muslim” in the first place? If he was just a hired gun, then his religion wouldn’t have mattered by the terrorist leader Parsa right? Obviously, the writers of NCIS are trying to show that any contact or relation to Islam or Muslims are suspect. Lame.

Next, the NCIS teams determines that the kidnapped lady, Erin Pace, was not really “forced” to “re-wire” the drone after all and was paid $5 million dollars by the terrorist leader Parsa. So basically she did it for money. That’s fine, but correct me if I’m wrong, but isn’t that why the “mercenary” Yusef Rider helped out Parsa also? Anyways, while members of NCIS team are threatening Erin with 50 years in Federal prison for aiding terrorists, she gives an interesting quote: “It’s amazing. The weapons I work on. We sit behind a computer, Point and click, then Total Destruction. Parsa thinks it’s only fair we get a taste.”

The statement is valid and I’m sure many people around the world, especially those whose family members have been killed by US drone strikes would agree with it. As an American, I personally don’t want a “taste” of a drone strike here, but I also am already very familiar with how much damage it can do to innocent lives, families and communities. Unfortunately most viewers of NCIS probably didn’t get the full impact of Erin’s statement because:

A) She is considered an “enemy of the state” and aided the terrorists with their plan (although she did give NCIS a lot of information to help them track down the terrorists), so they don’t care what she says.

B) Up to this point in the storyline drones are considered as positive “surveillance” tools by the US military which “saves lives.”
C) It was the “terrorist” Parsa who paid for the drone to be “re-wired” and used it to kill people – Not the US military (i.e. No mention of the US “predator drone” – which is the one meant to kill people).

Obviously the writers of NCIS did this on purpose, because they don’t want to give any credence or validity of Erin’s statement which seems to defend the actions of a terrorist against the U.S. That can be a subject of its own, but for now I will just say that “Homeland” (Season 1) was much more fair and balanced in showing both sides of the story.

At the end of the “Kill Chain” episode, Parsa does use the drone to attack a large Gala event with many US military, intelligence and security personnel in attendance and 6 people are killed while several others along with one of the main characters is seriously injured. The investigation thus becomes very personal for the NCIS team with the lead investigator, Jethro Gibbs (played by Mark Harmon), who tracks down Parsa after the drone attack, but he escapes in the end. Back at the office, Gibbs tells his team to “find that bastard” (referring to Parsa). I’m sure it will take the rest of the season for Gibbs and the NCIS team to find Parsa and bring him to justice (they want you to keep watching, right?).

In conclusion, there were many problems with this particular episode of NCIS and I ask the writers and producers of the show to be more truthful and honest in what they are writing about. Don’t try to cover up or “sugarcoat” the truth about the use of drones by the US military. Show both sides of the story and be honest that it is a deadly part of war in today’s world. Having one small and generic line in the script (stated by a “traitor” Erin Pace) about the impact of drone attacks in other parts of the world is not going to cut it. Please state the facts, Mr. Christopher Silber (main writer for NCIS). If you don’t know the facts (which I seriously doubt), here are some for your use (You don’t even have to pay me):

All these statistics and facts can be seen in more detail on the New America Foundation website for Drone Wars Analysis here: http://natsec.newamerica.net/drones/pakistan/analysis 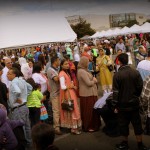 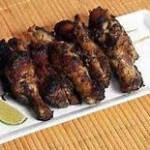