The Vilification of CAIR 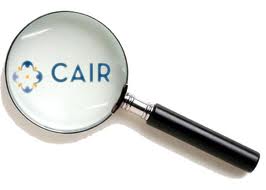 The is the first in a two-part series on the vilification of the Council on American-Islamic Relations (CAIR) and how the American Muslim community has responded.

There is only one national organization in the United States whose primary mission is protecting the civil liberties of American Muslims, and that is the Council on American-Islamic Relations, commonly referred to as CAIR.  Since its inception in 1994, CAIR has battled countless smears and attacks against its work and reputation, which intensified after being named an unindicted co-conspirator in the notorious Holy Land Foundation case in 2007.

In the past five years, this designation has resulted in witch-hunts on Capitol Hill — a repeated talking point for Islamophobes — and most significantly, the severing of ties by the FBI.  A concerted effort to marginalize CAIR by certain right-wing groups and individuals, built on the meaningless label of “unindicted co-conspirator,” has resulted not only in the FBI distancing itself from CAIR, but other Muslim organizations doing so as well. The ongoing campaign against the group has succeeded; CAIR has

effectively been turned into the black sheep of American Muslims organizations.

At the root of allegations against CAIR is its inclusion in a list of almost 250 other organizations designated as unindicted co-conspirators by the Department of Justice in a case against the Holy Land Foundation (HLF).  What exactly is an unindicted co-conspirator?  For all intents and purposes, this title is used to identify parties to an indictment for the purpose of immunity or evidentiary concerns, but its use is heavily criticized and warned against by the U.S. Attorney’s Manual itself.

An unindicted co-conspirator has not been charged with any criminal misconduct, and the common legal practice is to keep such identification under seal with the court. Making these identifications public raises serious due process concerns, since it effectively destroys the reputation of an individual or group that has not been charged with any crime, without providing it a forum to defend itself like someone who has actually been charged with a crime. In the HFL case, this list of 250 unindicted co-conspirators, including CAIR, was made public when it should have kept under seal.

CAIR and other groups appearing as unindicted co-conspirators in the HLF case petitioned the court to remove its name from that list, but failed.  The stigma of this label continues to haunt CAIR as the lynchpin to a widely propagated narrative that CAIR is the domestic front to foreign terror groups.

It is a talking point that will not die. Recently when Best Buy sponsored a CAIR event, an avalanche of petitions and protests erupted, and the Muslim darling of the Islamophobe industry, Zuhdi Jasser, promptly appeared on Fox news to reiterate the litany of smears associated with CAIR.  The investigation of CAIR interns in Congress, the Peter King hearings, and even statements from pundits like former U.S. Attorney General Michael Mukasey, who recently spoke at an ABA Homeland Security Conference (at which I was personally present),  continue to keep the narrative alive.

At the homeland security conference, I took the opportunity to ask Mr. Mukasey, since he spoke at length about CAIR being a front for Hamas and the Muslim Brotherhood, how a terrorist group could openly continue to operate in the U.S. If his allegations held any merit, why hadn’t the FBI shut them down yet?  Did Mr. Mukasey have evidence the FBI didn’t?

The response, although vague, did point out that the FBI still bars any official engagement with CAIR, which is the larger problem. The FBI’s stance on CAIR, which feeds into the right-wing conspiracy about the organization, has badly damaged CAIR’s reputation and driven away supporters, stripped CAIR of due process, impaired American Muslims’ access to civil liberties advocacy, and harmed the work of the FBI itself by creating distrust from American Muslims.

The greatest irony of this debacle is that not only does CAIR continue to work with other federal, state, and local governments and agencies, but they also continue to work with the FBI in an unofficial capacity. The FBI is routinely engaged by CAIR when hate crimes against Muslims arise, the two groups appear at events together, and on a local level across the country, FBI agents have expressed their hope to Muslim leaders that the official FBI policy towards CAIR will eventually be resolved so they can continue to work together.

Although the FBI’s official ban of engaging with CAIR has not impeded the organization’s work in any meaningful way (they continue to strongly advocate and litigate civil rights issues), plenty of damage has been done. The group has lost a tremendous number of members and donors, Islamophobes continue to use this point to validate their smears, and other Muslim organizations have been forced to choose whether to align with CAIR and risk their own reputations and legitimacy, or abandon CAIR to be able to continue their own work.

In many ways the FBI’s official position on CAIR is disingenuous and sets a dangerous precedent for other organizations. The way in which the most prominent American Muslim civil rights organization has been marginalized and demonized should be cause for alarm not only for Muslims, but for civil rights advocates, and even for those in the law enforcement community who rely on strong local relationships. Lending official legitimacy to allegations that have never seen a day in court is abhorrent to the American value of justice, and ultimately the FBI’s official stance serves only the Islamophobia industry.

In part II of this series, I’ll look at the reaction within the American Muslim community to CAIR’s troubles. Alongside numerous other critiques, insiders question CAIR’s relevance and effectiveness and increasingly opt to disengage from CAIR. 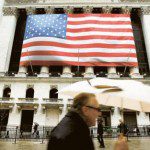 May 7, 2012
Muslims on Wall Street: Pragmatic over Dogmatic
Next Post

May 23, 2012 Expanding The Definition of Muslim Activism
Recent Comments
0 | Leave a Comment
Browse Our Archives
Related posts from altmuslim