Vote, Because Islam Tells You To

Vote, Because Islam Tells You To October 9, 2012 Guest Contributor 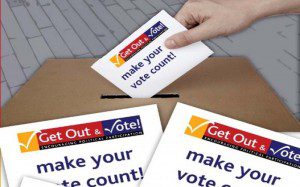 It starts not with an analysis of which candidate better represents or serves my interest. It starts with the conviction that I must vote. Everyone who is entitled to do so in this country must vote. The realities that almost 40 percent of eligible voters in the U.S. did not vote in the 2008 presidential election and that the discussion still looms large in the Muslim community about whether we should vote at all, are both a crying shame.

I don’t use the word entitled lightly. The right to vote for women and other minorities in America’s history was hard fought. The right to vote and have access to the democratic process is still being hard fought in places like Syria, where every single day people are dying for this and other privileges. American citizens feel highly entitled to this right, so much so that we often take it for granted and “exercise” our right not to vote.

I can’t help but think the right to vote should require an active sustainment, much like a driver’s license or car registration, and those who fail to exercise that right should lose it at some point. It would certainly put this entitlement into perspective.

The argument for making a conscious choice not to vote generally goes along the lines of “There’s no real choice. Neither represents me. They’ve both been bought by corporate interests,” and so on. All fair and valid criticisms, I agree. Imagine, if you will, if the 40 percent who failed to vote was able to effectively organize or support a third (or fourth or fifth) party movement — participating in the democratic process to improve it, and taking action instead of sitting on their hands.

The fact that many of these folks are too apathetic (Read: lazy — Yeah that’s right. If you complain about something but do nothing to change it, you’re lazy.) to do so simply feeds into the very system they protest.

Let me be clear: I’m not addressing the folks who vote for third parties, even knowing that their vote may not count for much. At least they’re utilizing this entitlement. I’m talking specifically to people who simply think it’s acceptable to not vote.

In the Muslim community this breaks down into two camps: The one mentioned above, and the one that feels it is somehow Islam prohibits them to take part in Western elections. I feel compelled to kick the second camp in the rear end.

Name a story in the Quran in which it was acceptable for any Prophet to remain disengaged from the powers-that-be. You won’t find one. Prophet Musa was ordered to engage the mother-of-all-villains, the Pharaoh: “Go, you, O Moses and your brother, with Our Signs to Pharaoh. Speak gently to him but make him see the truth and fear Us. (20:43-44)” says Allah* in the Quran. Prophet Yusuf became a minister in a system he opposed. The Prophet Muhammad** was not politically apathetic or disengaged from the parties he disagreed with. He worked with all sorts of groups, including people who persecuted and tried to destroy the nascent Muslim community. These Prophets, as well as almost all others, found it necessary to engage the system to bring about change and justice.

But in the West, where countless avenues of influence and engagement are open for us to make the changes we want, we find Muslims forbidding political engagement (while paying taxes to and happily living amongst the denizens they designate as evil or kufaar). That smell? It’s the stench of hypocrisy laced with a measure of idiocy.

Luckily, Muslim scholars have stepped forward not only to soothe the fear that voting may be haraam (forbidden), but to say that it’s an obligation. So then, why are Muslims still refusing to vote? Because, though he is the lesser of two evils, President Barack Hussein Obama is still evil.

Which takes me back to the beginning of my piece.  In general I want all eligible American Muslims to vote for anyone, but I have to try and make the case for President Obama. I acknowledge that the POTUS has disappointed on many fronts. I have been in turn infuriated, depressed and disgusted with many of this administration’s policies. But, there is no doubt in my mind that a Romney/Ryan administration will be even more egregious on national security and civil liberty issues and hurt the most vulnerable (the elderly, the ill, poor, immigrants, women) in our society to boot.

While Mitt Romney’s advisor on Muslims is Walid Phares, Obama’s administration includes folks like Rashad Hussain and Farah Pandith. Recognizing that no administration has been as inclusive of American Muslims as the present one may not erase their many errors, but it counts for something. By the way, so does the tremendous difference between the two candidates when it comes to issues like healthcare, immigration and social security.

And, if that’s not enough, there is this – creating the Islamic precedent that establishes the permissibility of supporting a candidate with whom you don’t fully agree. While it would be great to have a candidate or party that fully represents the issues American Muslims care about and has enough support to be a viable contender, it would be ridiculous to waste our votes until then.

Ya Muslims of America, I don’t know how else to say it — get out and vote. Vote for whoever you want, but vote! Thousands struggled in this country’s history for this privilege, and tens of thousands more struggle around the world for it today. Don’t mistake this right for anything but what it is — a blessing.

Tweet your thoughts on this article and the election series at #MuslimVOTE.

This article is part of the “Election 2012 – American  Muslims VOTE!” series, which is running on Altmuslim at Patheos, Altmuslimah, Illume, and Aziz Poonawalla’s news and politics blog on Patheos. Click on this special topics page to view all articles in this series and add your comments. Tweet your thoughts on this article, on the series, and on the 2012 elections at #MuslimVOTE. 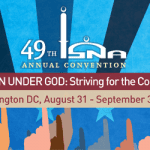 October 16, 2012 Presidential Debates - What to Watch for as Obama and Romney Tackle Foreign Policy
Recent Comments
0 | Leave a Comment
Browse Our Archives
get the latest from
Muslim
Sign up for our newsletter
POPULAR AT PATHEOS Muslim
1