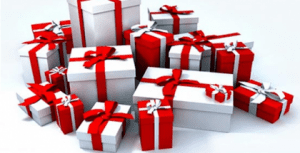 The Chaudrys always rolled with the punches during the holidays. Despite the fact that we are a Pakistani-American Muslim family, my childhood is filled with as many holiday and Christmas memories that a self-professing believer could possibly have within the boundaries of Islamic theology. It was good times. Things were simpler thirty-odd years ago.

I and my younger sister sang in the school choir faithfully from elementary to mid-high school. We unabashedly and happily took part in Christmas programs, often taking leads in certain parts due to our brown exoticism. The three wise men?  Little sister and I played two of them more than once. “O Holy Night” and “Silent Night” could move me to tears, though once I was old enough to realize lines such as “Christ is the Lord” and “Son of God loves pure light” were Islamically problematic, I opted to silently move my lips without saying anything — just for those particular lines.

One year the chorus instructor decided to open Little Drummer Boy with a solo tenor. And, thanks to Punjabi hormones-gone-wild, as a 12-year-old girl, I happened to be the manliest of the seventh grade boys. No one could deeply intone “tarum pa pum pum” more impressively than me, at least not till high school when the boys section wrestled back their vocal manhood from my increasingly feminine range. Curse you puberty!

My parents were almost always present at these concerts, my mother getting dressed to the nines in mortifying shalwar-kameez suits (Ami, nooooooooo!), and my dad in the Desi-dad uniform. (Button down half-sleeve shirt and dress pants, whether mowing the lawn or going to a wedding.) They were thrilled at our performances, happy I suppose that their little girls were fitting right in to the U.S. of A.

My mother, always the more religiously rigorous of our parents, insisted most years to put up Christmas lights outside the house. “It is part of our religion to be happy and celebrate with our neighbors,” she’d say, and if that theory didn’t convince my dad her alternate line of attack was “December 25th is the birthday of Muhammad Ali Jinnah, founder of Pakistan! These lights are for him!”

Bottom line was my mother wanted to be part of the holiday spirit and would drag my father to neighbors’ holiday parties, where they wondered where the real food was and how Christians could live on cheese and crackers. They stopped going after both were pounced upon by their hosts under some well-placed mistletoe. For years my mother fumed about how my father very much enjoyed the next-door lady’s lips on his dimpled cheek.

The highlight of most years for us during the holiday season was visiting my father’s best friend, whose daughter happened to be my best friend. They were also Pakistani-American but Christian. You’ve never seen Christmas celebrated with such vigor as you will in a Punjabi household. Dholki played next to the Christmas tree? Check. Brown Santa looking suspiciously like Raja Mamu bellowing “HO, HO, OYE TERI!” Check. Holiday classics such as goat korma and tandoori chicken? Check.

Without ever having celebrated Christmas in our own home, we managed to collect many warm holiday memories. We were happy being happy with others. We enjoyed being with friends, colleagues and neighbors — seeing them laugh, giving them gifts and feeling like a collective, loving unit of humanity. There was little or no complication. We were comfortable in our faith, and we were open to sharing the joy others found in theirs.

Things have changed since then. The past decade or so has brought zealousness to many Muslims, as it has to others, which demands hyper-sensitivity to actual or perceived threats against Islamic tenets. The holiday season has become replete with Muslims across social networks warning of the sin and danger of wishing someone a “Merry Christmas,” regardless of the fact that many scholars have said it’s just fine. If there is ever a case of misplaced priorities, this is it.

It’s also a symptom of a greater illness among Muslims — missing the forest, almost every for the trees. We have become caught up in minute matters of fiqh, thinking this will please Allah (swt), instead of actively fighting for social justice. We strive to draw lines in stone between us and others, without acknowledging the Islamic imperative act with mercy, kindness and in peace with people of all faiths. We want to withdraw into our own spaces, blocking out anything and everyone that discomforts us. We forget that being ambassadors for Islam means being out there, out everywhere.

I’m getting better and better and rooting out the haraam-police (Is it wrong to call them “haram-ees?) on Facebook and from my real life, ironically drawing my own circle closer. Ugliness will always exist, but why let it into your world? I feel no threat to my faith, or to my identity, by wishing others well in their time of celebration.

Every so often we are lucky enough to see public Eid greetings, which lift the spirits of Muslims, feel like a gift and give me the warm fuzzies. When my local television station flashes an “Eid Mubarak” greeting, I am pretty sure it’s not because they have suddenly embraced Islam. Likewise, wishing others a Happy Hanukkah, Merry Christmas, or joyous Kwanzaa takes nothing from our own personal faith.

With New Year’s Day upon us, the holiday season is almost behind us; hopefully you didn’t let a contrived controversy over the words “Merry Christmas” stop you from doing what Islam commands — being kind and of the best manners. Remember that Allah (swt) judges us by our intentions. If you’re troubled by wishing others well during the holidays, you may want to check yours. 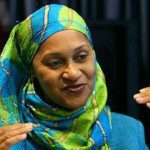 December 27, 2012
Praising God Through Our Work - an Interview with Tayyibah Taylor
Next Post 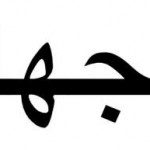 January 3, 2013 #MyJihad is Language
Recent Comments
0 | Leave a Comment
"FsyYOU are hate. Period."
Soren A Ramadan Testimonial of Repentance and ..."
"Thank you for sharing this article along with detail information, and you have mention the ..."
wazeer shaik The Path Through Hajj – One ..."
"Tamerlane is considered an oppressor amongst Islamic scholars and an anti-hero in Islamic culture. It's ..."
Ali Inspiration: Star Wars: An Islamic perspective
"did you head to syria? did you take ilisha?"
mike malzahn Quran, Hadiths or Both? Where Quranists ..."
Browse Our Archives
Related posts from altmuslim