12 Issues and Stories that Captured the American Muslim Communities in 2016 December 30, 2016 Guest Contributor

From the firing of Wheaton College professor Larycia Hawkins back in January for wearing a headscarf in solidarity with Muslims to the possibility of a Muslim registry with the election of Donald J. Trump as our next President of the United States in November – 2016 has been a banner year of issues, controversies, election coverage and the loss of some great Muslims.

At Altmuslim, we’ve tried to cover the major challenges, issues, stories and events pertaining to the American Muslim (and global Muslim) community by offering nuanced and (hopefully) insightful and unique perspectives. And, if we’ve done our job well, you can get a good feel for what was on the pulse of American Muslim communities by looking back at our coverage, month-by-month. With that in mind, here is a look back at what we were dealing/living with and what was on our minds in 2016.

Next: January and Larycia Hawkins 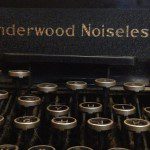 December 26, 2016
Dear Non-Black Muslims: Your Silence is Not Peaceful
Next Post 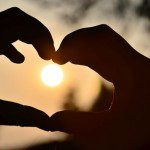 December 31, 2016 Top Ten Good News Stories of 2016
Recent Comments
0 | Leave a Comment
"FsyYOU are hate. Period."
Soren A Ramadan Testimonial of Repentance and ..."
"Thank you for sharing this article along with detail information, and you have mention the ..."
wazeer shaik The Path Through Hajj – One ..."
"Tamerlane is considered an oppressor amongst Islamic scholars and an anti-hero in Islamic culture. It's ..."
Ali Inspiration: Star Wars: An Islamic perspective
"did you head to syria? did you take ilisha?"
mike malzahn Quran, Hadiths or Both? Where Quranists ..."
Browse Our Archives
get the latest from
Muslim
Sign up for our newsletter
POPULAR AT PATHEOS Muslim
1