The Pain in Our Joy – On Blackness, Ashura, and Remembering

As contentious as pre-Eid moonsighting gets each year, I hold that the most intense Islamic holiday debate is over the days of Muharram that lead up to and include Ashura.

Consider that the twice-annual moon fights center around establishing a fact, whether by calculations, optical aids or with the naked eye. Muslims who differ can often go their separate ways for Ramadan and Eid but agree on most other issues without a major rift. We even joke about how much we quibble over it.

But with Muharram, the debate is over the nature of the occasion. Shi’as mourn the martyrdom of Husayn ibn Ali, the grandson of the Prophet Muhammad (SAWS). Sunni takes on Ashura vary from celebrating Prophet Nuh (AS) emerging from the Ark to honoring the Exodus, to the Hijrah (migration) from Mecca to what was then known as Yathrib.

Even when literal fistfights break out at the masjid, the divide that sparks them is insignificant compared to the difference between a celebration and a time of mourning. For years, I didn’t know where to stand on Muharram and Ashura. But then my Blackness showed me the way.

“Every day is Ashura, every land Is Karbala.” This Shi’a refrain refers to the martyrdom of Husayn. He saw that the sacred duty to carry on the legacy of the Prophet Muhammad (SAWS) was devolving into a commonplace political squabble, so he resisted. He refused to swear allegiance to Yazid, who had been recognized as caliph by a significant portion of the Makkan Muslim community.

Husayn sought to establish a rival caliphate outside of Madinah, and left for the city of Kufa in present-day Iraq with his family and those who sided with him. But, they would never make it. They were captured in the first days of Muharram. Husayn and his family were brutally assassinated in Karbala, which is in modern-day Iraq.

Shi’a Muslims continue the rituals of mourning to this day, for it was not merely the death of human beings that happened more than a thousand years ago, but a death of justice, a murder of hope. Some Sunnis learn about this facet of Ashura. Many don’t. Not only have these rites of mourning been banned in some Sunni-majority areas, but the erasure of Husayn’s martyrdom creates a rift that deepens the marginalization of Shi’a Muslims today.

If every land is Karbala, then it must certainly include Brooks County, Georgia. For there lived Mary Turner, a young mother who would never hold her child. Her heritage was humble. Born in 1888, she was no more than two generations removed from slavery. But in May 1918, when white farmers went on a murderous rampage against Black men in an attempt to avenge a white man who held Black people in peonage, Mary Turner could tolerate no more.

She sought to have the farmers arrested. Perhaps she thought her womanhood or her pregnancy would protect her. She was wrong. Mary Turner was kidnapped and lynched. The violence inflicted upon her and her unborn child shocked the nation but would not change it. Just as Sunni narratives about Muharram erase the brutality of Husayn’s martyrdom, narratives on U.S. history don’t include Mary Turner. Today, white Americans see the pastoral beauty of rural Georgia in May. Black Americans see the blood soaking into the clay.

Ashura’s complexity extends through Turkey, where it is a celebration of the landing of Noah’s Ark. A special rice pudding is prepared and distributed to friends, family and neighbors alike, containing nuts, spices, and dried fruit– all non-perishable ingredients you might have with you for a disaster, a long voyage, or both.

After emerging from the Ark, the world is said to be made new, with all sin and injustice wiped from it with the evildoers. But this new world is filled with uncertainty. Islamic sources say little about the attempt to rebuild the world.

Noah’s wife did not join her husband. Neither did John Tubman join his wife, Harriet. While she is called Black Moses, I think the act of escape shares aspects with the Flood. Escaping was immensely dangerous and difficult. Not all who were enslaved had the courage to make the journey. The sea of a slaveholding society looks innocuous, but it could mean an early death to Black escapees who made the slightest missteps.

Those who made the journey knew that it meant a final farewell to friends and relatives, as even recapture could entail being sold into the sugar trade, where deadly accidents were commonplace. To emerge in Canada would have been to survive that dangerous crossing and attempt to rebuild lives and communities.

The dominant narrative about Ashura, however, is complex. There is a hadith describing it as a commemoration of part of the Exodus, but it differs markedly from how Passover is observed by Jewish people today. There are several fasting days on the Jewish calendar, but none seem to line up exactly with the hadith about fasting on a day that honors the Exodus . That said, over the centuries, religious practices change.

The holidays may have been more alike in late antiquity, or they may have deliberately differed. How people shape and maintain celebrations is never set in stone. Or perhaps the key lies in the cultural fractures that diaspora produces. The Jewish communities of the Arabian Peninsula differed from their Levantine siblings, in ways that echo the cultural diversity of the African diaspora today. Our similarities, our differences, our debates over legitimacy, our cultural mythos share many parallels. Sometimes, our legends prove to have basis in established fact.

Often, we choose to honor them as part of our culture regardless of the evidence. Perhaps historical evidence will establish a link between how Arabian Jewish communities observed the Exodus with Ashura. But I’m not sure that we need it to honor our past.

What interests me most about Ashura is its position in the Islamic calendar, and how it came to be. It is the tenth day of Muharram, the first month of the Islamic calendar. This calendar was reset to place the Hijrah as the Islamic New Year. This flight of Mecca to Yathrib would have been exhilarating and exhausting. But ten days later, something new would have set in: utter bewilderment.

The new migrants needed to find more than a job and a place to live. They needed to find an identity. Receiving financial help was vital, but for the community to last, they had to figure out how they would form a cohesive group with strangers. Yathrib is now Madinah, the city of the Prophet, but the citizens of Yathrib had to live there, too.

That bewilderment would echo through the centuries to those newly freed in the spring of 1865. With little more than the clothes on their backs, often sneaking out of their former owners’ homes, the formerly enslaved took their freedom as it came. Many had valuable skills, but few had the means to rent a storefront or purchase tools. But with the promise of the freedom to speak, pray, work, and live as they wished, one of the most heated debates was over how this newly freed people would define themselves.

With the tatters of languages, religions and cultures left, the debate over how much to assimilate continues today.

I’d considered writing this month’s column about my visit to the National Museum of African American History and Culture, but trying to make sense of Ashura was in the back of my mind during the ride there. As I went from exhibits about stepping to the one of Angola prison, I said, “this is us.”

The jarring contrasts between the celebrations and the strife were us.

The ability to find joy in our pain was us.

The ability to honor the pain in our joy was us.

The many iterations of Ashura tell the story of our connection to the other children of Abraham. They recount our tragedies and our tendency to whitewash our histories. Ashura tells us that the stories not lining up will not keep us from our joy. Ashura tells us that we can restart the clock, but we can’t erase ourselves.

The many facets of Ashura tell us that though the road is never easy, we can face the journey and what we meet when we get there. Ashura is complicated because we are Ashura. So, this year, I will recognize the pain, the failings, the joy and the renewal. I pray that you are able to do the same.

Nakia Jackson is a mom, musician and writer. From her first (terrible) story at age six to the ad copy and background music she sells to keep the family in yarn and Cheerios, creating has been her life’s breath. When not creating, Nakia enjoys family excursions designed to show the world that normal is merely a setting on the washing machine. Her column, Another Kind of Voice, is published in the last week of every month. 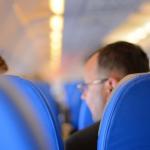 September 21, 2017
On Accidental Brilliance and Leaving My Silo
Next Post 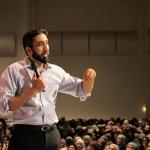 October 2, 2017 Nouman Ali Khan Shows Us that We Need More Women Religious Leaders
Recent Comments
0 | Leave a Comment
"Tamerlane is considered an oppressor amongst Islamic scholars and an anti-hero in Islamic culture. It's ..."
Ali Inspiration: Star Wars: An Islamic perspective
"did you head to syria? did you take ilisha?"
mike malzahn Quran, Hadiths or Both? Where Quranists ..."
"I’m sorry but you are very ignorant!Homosexuality is not Mental Disorder neither a physical one.It ..."
Adam Noor When You’re Gay and Muslim – ..."
"Where is the evidence that surah 4:34 refers only to adultery? It doesn't say so. ..."
Carl Goldberg Hajj and the Single Woman
Browse Our Archives
Follow Us!