On Ramadan, Forgiveness & the Shape of the Woman Beneath

On Ramadan, Forgiveness & the Shape of the Woman Beneath May 23, 2018 Guest Contributor

The way that I think of love most often, these days, is that love is space. It is developing our own capacity for spaciousness within ourselves to allow others to be as they are. That doesn’t mean that we don’t have hopes or wishes that things are changed or shifted, but that to come from a place of love is to be in acceptance of what is, even in the face of moving it towards something that is more whole, more just, more spacious for all of us.  – Reverend angel Kyodo Williams

For decades, my mother and I pretended that love was pure and simple, that we had never wounded or made each other miserable, that our hearts weren’t also fists covered in each other’s blood.

For years, that was all I could think or write about: anger and grief at the jagged ways I had been left unmothered.

Then, friends in their thirties and forties began losing their mothers — to traumatic, sudden death, to Alzheimer’s, or to the sometimes-vast physical distances that followed retirement — each situation mutating intimacy from something taken for granted to something remembered and longed for.

You always think you have time. Until you no longer do.

And yet, for years I still hesitated, because letting her back in meant I might get hurt — again.

As I write this, she is asleep in the next room, here in this forest cottage we have rented together for a Ramadan retreat from the world. What lies between us has moved from hurt and recriminations to cautious curiosity.

What changed in the years between being disowned and this fragile, new connection? The growing realization of mortality, yes. Even more impactful was the (eventual) willingness, on both sides, to engage in imperfect, ongoing communication. Next, on my side, intense therapy and guided dhikr allowed me to finally open the door between us and invite her in again.

Through therapy, I can now see the ways in which I actively fed my hurt and demanded that she make me whole again. She couldn’t. (No one can.) It wasn’t until I gave the hurt child, who will always live inside of me, the space to speak her truth that my pain could be acknowledged and assuaged. It wasn’t until I recognized that now, as an adult, I can mother myself and heal my own wounds that I could let my fixed ideas about my mother and myself and our relationship go. It was only after accepting the reality of my own brokenness that I could have compassion for her brokenness too. It was only after allowing myself to inhabit those spaces of regret, separation, and grief that the possibility of wholeness, health, and strength within me, between us, could come into being.

Here in this place where the silence stretches for miles in every direction, I think about the Prophet Muhammad, peace be upon him, and his meditative retreats to the cave on Mount Hira where the silence was broken finally by revelation in the last nights of Ramadan. I remember my mother performing itikaf and how fiercely she protected that secluded space for communing with her Creator, in spite of her daughters’ protests. As a mother now, I, too, long for a silence into which a Voice may speak, and in which I may hear my heart’s reply.

Ramadan creates intentional space and spaciousness within and around us. My mother’s example underscored the importance of retreat, of a cave of one’s own.  With each daily prayer I enter the cave I have excavated bit by bit on the mountain of my soul. It grows stronger and larger with each use.

Each Ramadan, I give myself the time to acknowledge and reflect on the wounds of disconnection, busyness, and inattention to myself and to the ones I love over the past year.  Through this practice of clearing out space in our hearts, stomachs, and days, eventually love and forgiveness (which are just other words for the Creator) will enter and plant something new within and around us.

Just outside this cottage, a fairy ring of a redwood family grows.  The central tree is deeply damaged by fire, and yet still it stands, a monument to survival, surrounded by younger trees in a protective circle. Underneath the soil, the family’s roots are intertwined, lending nutrients and support, even after the death of the elder trees. Aboveground, each tree stands apart to allow the others to grow and find their individual path to the light. In the burned tree and the protective ring, I see her life. In both, I now also see mine.

For years I unfairly used my mother’s life to remind me of all the things I did not want mine to be. Now, I want to hear how she survived her fires, how she created regenerative space for herself in situations and among people who did not support that. I am thirsty for her stories and her wisdom, for the shape of the unknown woman beneath the mother I knew, before it is time for us to part.

When I am with my mother now, the absence of pain still surprises me.

In its place: the rich, quiet space of new growth and possibilities. 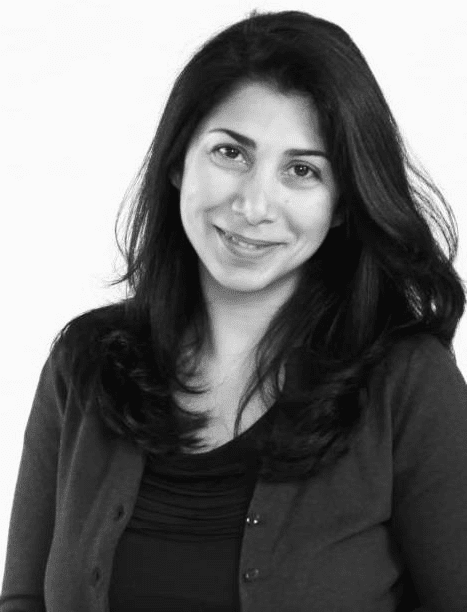 About Ayesha Mattu
Ayesha Mattu is a writer and the editor of two groundbreaking anthologies, featured globally from The New York Times to The Jakarta Post: "Love, InshAllah: The Secret Love Lives of American Muslim Women" and "Salaam, Love: American Muslim Men on Love, Sex, and Intimacy." Connect with her @ayesha_mattu on Instagram and Twitter. You can read more about the author here.
Previous Post 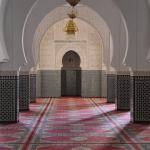 May 22, 2018
For the Drinker, the Partier, for Everyone - Make Ramadan Judgment Free
Next Post 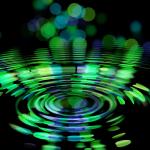 May 24, 2018 A Ramadan Testimonial of Repentance and Renewal
Recent Comments
0 | Leave a Comment
Browse Our Archives
get the latest from
Muslim
Sign up for our newsletter
POPULAR AT PATHEOS Muslim
1

Muslim
My Ramadan Truth - Dismantling the Armor of...
altmuslim
TRENDING AT PATHEOS Muslim