The Power of the Hajj: A Sacred Bond Through a Sacred Pilgrimage 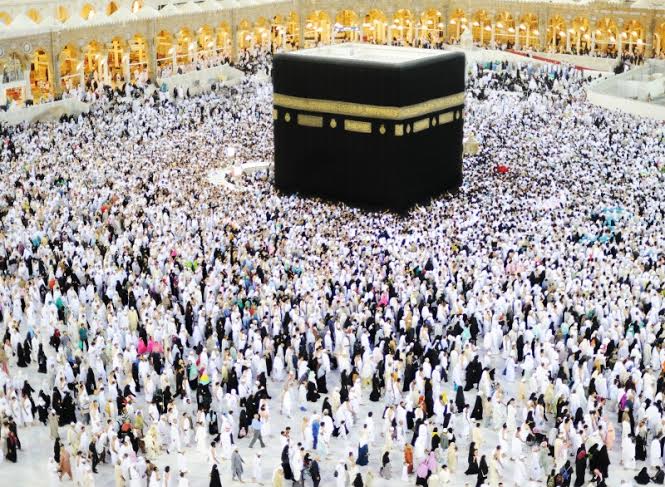 The Hajj is one of the five pillars of Islam made mandatory on all able-bodied Muslims to perform once in a lifetime. It is a commemoration of the worship and struggle of our father Abraham (peace be upon him) and his family in the desert of Arabia.

Muslims pray towards the Holy Kaaba, built by Abraham and his son Ishmael (peace be upon them), for their congregational prayers, not out of a belief that the Kaaba literally houses God, but to give the faithful a united direction (known as Qibla) for prayer. This encompasses one of the most powerful aspects of the pilgrimage: People of all colors, tribes, countries and economic statuses all united as one, moving together in pursuit of one goal.

The images of the sea of people moving and chanting in unison are broadcast all over the world utterly incapable of capturing the matchless Hajj spirit. Hajj is only required once in a lifetime not just for the difficulty in undertaking the journey, but the power of the experience to entirely transform one’s perspectives. Everything you think you know about yourself and purpose is suddenly called to question, and your dispositions about the world around you are shattered by the brotherhood you experience with people you have never known nor thought possible to be close with.

It was Hajj that dramatically altered Malcolm X’s views on race. It’s not that Malcolm had never experienced kindness from a white person before, it’s that he never felt like a white man saw him as his equal with common purpose while showing him kindness. Malcolm envisioned the connection between the established oneness of God and the conceivable oneness of humanity.

In one of his famous letters from abroad, he wrote “There were tens of thousands of pilgrims, from all over the world. They were of all colors, from blue-eyed blondes to black-skinned Africans. But we were all participating in the same ritual, displaying a spirit of unity and brotherhood that my experiences in America had led me to believe never could exist between the white and the non-white.”

And, in that humble recognition at the individual level due to his broadened scope, Malcolm X was now ready to work with a broader coalition on broader issues. That was the power of having spent less than a month toiling with people from all over the world in pursuit of the pleasure of God.

In donning the same basic white garbs, doing the same difficult rituals, and leaning on one another for support to complete the strenuous ritual, a potent spontaneous connection is formed. It’s not perfect. There is a fair share of shoving and arguments, clear signs of economic disparity, and geopolitical tensions that gloomily politicize the sacred.

But, human beings were never meant to be perfect, and even the most loving of siblings will at times quarrel like bitter foes. The point of the rituals to the believer is to come to full recognition of the reality of the transient nature of this life, with recognition of its permanent consequences beyond it.

While it would be naïve to think that all of mankind could move in a unified direction with a unified purpose, it would be hampering to not work precisely towards that lofty goal. In just a few days, the rituals of Hajj impress upon the millions of pilgrims in attendance a methodology for interacting with everything from the unseen divine to the visibly neglected.

As stated in a recent article by Yaqeen Institute for Islamic Research on the symbolism of the Hajj rites, “Rituals that pertain to spirituality demonstrate the greatest potency in constructing meaning and awakening deep emotional states in those who participate. Through the use of ritual, we attempt to articulate the ineffable. Rituals allow us to condense vast arrays of meaning, spectrums of emotion, notions of virtue, all into the span of often momentary gestures.”

Something happens to you when you’re stripped of all titles, wealth and pretensions; you no longer see yourself as superior to anyone, as you are too preoccupied by your immersion in the sense of inferiority to your Maker.

While that messaging was methodically nurtured in the ethos of his followers over two decades, their hearts were most fertile to receive that statement as they stood in their plain garbs under the hot Arabian sun in the plain of Mount Arafat. In the Hajj rites and rituals, the dream that people be judged by the content of their character is most vivid when character is all you really have to represent yourself.

About Sh. Omar Suleiman
Imam Omar Suleiman is the Founder and President of the Yaqeen Institute for Islamic Research, and an Adjunct Professor of Islamic Studies in the Graduate Liberal Studies Program at SMU (Southern Methodist University). He is also the Resident Scholar at Valley Ranch Islamic Center and Co-Chair of Faith Forward Dallas at Thanks-Giving Square. He holds a Bachelors in Accounting, a Bachelors in Islamic Law, a Masters in Islamic Finance, a Masters in Political History, and is currently pursuing a Phd. in Islamic Thought and Civilization from the International Islamic University of Malaysia. You can read more about the author here.
Previous Post

August 20, 2018
Hajj is a Journey Through Death and Back
Next Post September 4, 2018 How Moonsighting Wars Teach Us Greater Lessons on Choice and Faith
Recent Comments
0 | Leave a Comment
"FsyYOU are hate. Period."
Soren A Ramadan Testimonial of Repentance and ..."
"Thank you for sharing this article along with detail information, and you have mention the ..."
wazeer shaik The Path Through Hajj – One ..."
"Tamerlane is considered an oppressor amongst Islamic scholars and an anti-hero in Islamic culture. It's ..."
Ali Inspiration: Star Wars: An Islamic perspective
"did you head to syria? did you take ilisha?"
mike malzahn Quran, Hadiths or Both? Where Quranists ..."
Browse Our Archives
Related posts from altmuslim