Buddhists in the News and News for Buddhists

I’ll try again at my semi-regular posts on news that has caught my eye recently. Today I see that I have 27 items tucked away in my ‘news’ folder. Many are political. Some are blog posts by Buddhists. Some are actual news stories. Others are just kind of fun.

Let’s start with the blogs: 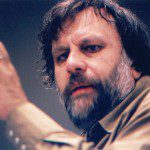 November 7, 2012 Montana: Where Nate Silver got it wrong in Election 2012
Recent Comments
0 | Leave a Comment
"Well explained. Dholavira is also one of the largest site of Indus Valley civilization. It ..."
Kirti Bajaj Major Sites of the Indus Valley ..."
"Nice write up Justin."
Catalin Newport In Hong Kong, the Bodhisattvas wear ..."
"I used to idealize Tibetan Buddhism. I studied with some senior teachers from Shambhala and ..."
Metis Buddhism, patriarchy, abuse, and violence: we ..."
"its almost as if yoga can't be associated with hinduism, it's like a taboo for ..."
edl Can Western Appropriation of Buddhism, Mindfulness, ..."
Browse Our Archives
Follow Us!