“Bones of the Buddha” to air on PBS

Watch Bones of the Buddha – Preview on PBS. See more from Secrets of the Dead.

If you haven’t seen PBS’s The Buddha, Tuesday the 23rd is a great chance to see it, and catch the first airing on PBS of Bones of the Buddha.

This summer, PBS is dedicating a full evening to the Buddha, anchored by an intriguing new Secrets of the Dead episode, Bones of the Buddha.  The film presents a convincing collection of evidence that suggests an amateur archaeologist discovered the leader’s sacred remains more than a century ago. Bones of the Buddha airs Tuesday, July 23, 10-11 pm ET on PBS (check local listings).

Preceding Bones of the Buddha is a rebroadcast of The Buddha, acclaimed filmmaker David Grubin’s documentary about a royal prince who fled the opulence of the palace more than 2,500 years ago.  Journeying for six years, he witnessed human suffering for the first time and attained enlightenment, establishing a new religion, Buddhism. Richard Gere narrates the two-hour film airing Tuesday July 23, 8-10 pm ET on PBS (check local listings).

The mystery surrounding the bones of the Buddha dates back more than 100 years ago, when colonial estate manager William (Willie) Peppe and his workers began digging at a mysterious hill in Northern India. Peppe had no idea what they’d find just a little more than 20 feet down.  They unearthed an astonishing discovery: a huge stone coffer, containing five reliquary jars, more than 1,000 separate jewels – carved semi-precious stones and gold and silver objects – and some ash and bone. One of the jars bore a Sanskrit inscription which, when translated, stated the jar contained the remains of the Buddha himself.

Doubt and rumors of forgery have overshadowed this remarkable find dividing, Buddhist scholars for more than 100 years. Many believe the whole thing is an elaborate hoax. Others insist the tomb on Peppe’s estate is no less than the final resting place of the leader of one of the world’s great religions, a sage who died nearly 2,500 years ago. For the doubters, suspicion focuses on a key figure from the time, disgraced German archaeologist Dr. Anton Fuhrer.

Renowned historian Charles Allen sets out to solve this extraordinary mystery, once and for all.  Is the little-known monument in Northern India really the Buddha’s tomb? Is the find genuine?  And if it is, who created it and when?  Allen begins his journey in England at the home of Neil Peppe, the grandson of William Peppe. From there he travels 4,000 miles to Birdpore House in India, built by the Peppe family in the 1840s. The mysterious hill known as Piprahwa where the tomb was found sits on the northern edge of the Birdpore estate. Allen traces Peppe’s steps to authenticate the find, uncovering how the discovery became shrouded in scandal and where the Piprahwa ashes and bones reside today.

But is the inscription on the jar stating “these are the relics of the Buddha – the Lord” genuine? Allen meets with Harry Falk, a professor at Germany’s oldest institute of Indology and the world’s leading authority on ancient Indian languages, to authenticate the ancient Brahmi script. Though Falk’s findings may finally clear William Peppe’s name and resolve the mystery surrounding his find, Allen must still unravel who built the tomb and buried the remains of Buddha 2,500 year ago.

So far I have heard little discussion of the video and its evidence in academic circles, so I look forward to the US premier and (hopefully) a wide range of reactions. 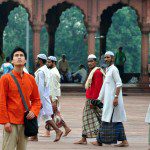 July 20, 2013
Exploring discomfort: My first day of fasting for Ramadan
Next Post 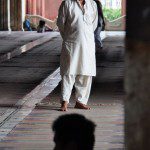 July 22, 2013 Reflections on my observance of Ramadan
Recent Comments
0 | Leave a Comment
"folks hav to learn the local laws wen they invade the space"
Joe Biggs Tourists: Buddha Tattoos are Taboo; as ..."
"too polite ..if folks are ignorant of local laws they hav to be brought to ..."
Joe Biggs Tourists: Buddha Tattoos are Taboo; as ..."
"Five years, a rescued street-cat from Texas (by way of Seattle). His trip to Hong ..."
Justin Whitaker Progressive responses to the 2020 election ..."
"Big move. How old is your cat?"
Brian Lang Progressive responses to the 2020 election ..."
Browse Our Archives
get the latest from
American Buddhist Perspectives
Sign up for our newsletter
POPULAR AT PATHEOS Buddhist
1