Exploring discomfort: My first day of fasting for Ramadan

As I said in my last post, I will be fasting one day a week this Ramadan as part of The Fasting Project here at Patheos. Wednesday was my first day.

It began at 2:45 am, when I rose for the pre-dawn meal, which I was told should be finished by 3:22 am, followed by salah (prayers) at 4:06 and 5:14am. I had a pretty large meal and then settled in for some work and periods of reflection during salah. Given the hour and the fact that my brain doesn’t normally start working until around 9am with 2 cups of coffee in me, my reflections were not too profound. I recall reading of the meal (called Suhoor):

“Being the last meal eaten by Muslims before fasting from dawn to sunset during the month of Ramadan, Suhoor is regarded by Islamic traditions as a benefit of the blessings in that it allows the person fasting to avoid the crankiness or the weakness caused by the fast.”

I was also warned not to have coffee or tea (diuretics), so I didn’t, which gave rise to worries that “cranky” might be an overly polite description of my state by the end of the day.

At the time of the second salah, I decided to read some of the posts at altmuslim, coming across this wonderful passage by Rushain Abbasi:

Ramadan is about the radical, the extreme. It is no shy creature, but rather an in-your-face sledgehammer against the chains of daily subjugation: an unending self-subjugation in which we ourselves play the biggest role. Our work, food and sex all serve as daily distractions from the complexities hidden deep within the crevices of our labyrinthine souls. But Ramadan comes with a tidal wave antinomy of unbound passion and peaceful solemnity to usurp the ordinary and routine and replace it with an unfamiliar feeling of hunger, thirst and most importantly, self-reflection.

I meditate on the verse of the Quran: “You who believe, fasting is prescribed for you, as it was prescribed for those before you, so that you may gain taqwa.” The translation of this foundational concept in Islam varies from “God-fearing” to being “mindful of God.” I like to think of it as consciousness, awareness, mindfulness.

The idea of giving up ordinary life, or rather hitting it with a “sledgehammer” in order to engender self-reflection as well as broader “consciousness, awareness, [and] mindfulness” seemed right at home with my Buddhist practice. Isn’t this what we do when we dedicate a period of time to sitting? Or, perhaps a better analogy, to retreat? No comparison will be quite right though for a number of reasons, one of which is that Ramadan is not a time off from Muslims: on the outside they are to continue with daily duties.

As I thought about that, the fact that I only slept about 3 and a half hours that night and been up for the last 2 or so invaded my sublime consciousness and beckoned me back to sleep.

By 9:30 (a much saner hour by my lazy standards) I was back up and beginning to catch up on morning emails, and soon I was working away properly. Sure I wanted coffee, but saying no to that was easy enough. Then thirst came up a bit, and that was harder to just ignore. By 11am I found myself checking the clock somewhat neurotically. But that passed, and on with my work I went. (I could note that it has been unseasonably hot for England lately, but I’ve lived through hotter without A/C and I work from home, so I don’t have to travel in the sun.)

At 1.25pm I realized that I had worked through the start of zohar, mid-day prayers; so I paused and reflected… and then I took a nap.

I woke up at 4pm, the hottest part of the day. Despite the heat, and despite a noticeably sticky mouth from thirst, what I really wanted was a cup of coffee.

It was then that I sat back down at my desk with the sobering, even if entirely unprofound, realization: that discomfort is okay. It is so typical for me to simply brew up a pot coffee any time I want it, to grab a bite to eat any time my stomach even made the tiniest sound – and on most days, to be honest, I eat well before my stomach is growling. I know discomfort well enough from long-distance running and from forcing myself to write chapters and grade papers that sometimes lack appeal. But these are different somehow. I know I’ll get something out of the run (the joy of being able to run for as long as possible in life, finishing that next big race, discovery, etc etc); and writing and grading are just part of what I do as an academic – the temporary discomforts are made up for a dozen times over with (nerdily) exciting reading, conferences, conversations, and being able to be part of things like this Fasting Project.

But to just sit at 4 in the afternoon on an ordinary day, having had no food/water for over 12 hours and with about 5 hours still ahead of me, meant a sort of… I almost want to say arbitrary discomfort. But it’s not arbitrary at all, is it? The whole idea was self-reflection. And in that little unprofound sparkle, I did just that.

For the 6:45 salah, I tuned in to NPR’s live coverage of Ramadan in Mecca. The hypnotic recitation of the Quran (I believe this is what is happening between prayers there) by the muezzin, accompanied by the flow of people around the kaaba was deeply peaceful. In a moment of what can only be a clear indication that modernity has found it’s way to the heart of Islam, two people stopped in front of the camera, which was low and pulled tight on the kabba, and began jumping and waving.

It was 8pm before my stomach began to give its first real grumbles – perhaps knowing the roughly hour-long countdown had begun.

At 8:45 I met up with Farhad, a housemate and friend of mine from Bangladesh, to go together to the local Islamic Center. That is when a new sense of discomfort began to grow. Was I dressed appropriately? Would I act correctly? Would I remember the greetings “As-Salaam–Alaikum” and “Wa-Alaikum–Salaam“ after 18 hours without food or water?  (I have similar, and other, worries any time I meet new people.)

On the walk there I felt okay; still a bit thirsty, a bit weak, but overall quite calm and at peace with the physiological discomfort of the day. When we arrived we realized we were quite early so he sat me down with an interpretation of the Quran to look over. I was introduced to a young man from Bangalore, India and another from Nigeria as we awaited the traditional dates to break the fast. I noticed that most of the people are speaking what I assume to be Arabic and Farhad explained that the center was set up by Arab Muslims, but that its proximity to the University tends to bring in some non-Arab Muslims.

And then, the muezzin called out magrib, or sunset prayers, followed by our breaking of the fast. We all sat together on the floor, with plastic sheets in front of us containing the dates, milk, juice, and water. Cashews soon followed. After a few minutes the call was made for the evening prayers. This is where I was a bit unsure what to do. Farhad invited me to join, or to stay there… I chose to stay. Watching the prayers and prostrations of those gathered, I couldn’t help but compare it with Buddhists: standing, reciting (sometimes in a language they themselves do not fully comprehend), bowing, kneeling, forehead to the ground.

As children played in the cramped spaces between praying men, I sat, reverently watching and contemplating my own (perhaps in this moment very unique) place in the world, an American Buddhist in an Arab Muslim house of prayer in England.

I’ll leave it there for tonight.

Sunday I’ll write about the end of my evening, which included a great meal -after 18 hours without food, what meal isn’t great?- and conversations, with at least one or two more awkward moments for yours truly, all ending with plenty of kindness, understanding, and handshakes with plans to talk more next week.

Until then, cheers and Ramadan Kareem.

July 16, 2013
Tiptoeing into Ramadan: a Buddhist's experience of Islam's holy month
Next Post 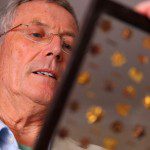 July 20, 2013 "Bones of the Buddha" to air on PBS
Recent Comments
0 | Leave a Comment
"Five years, a rescued street-cat from Texas (by way of Seattle). His trip to Hong ..."
Justin Whitaker Progressive responses to the 2020 election ..."
"Big move. How old is your cat?"
Brian Lang Progressive responses to the 2020 election ..."
"Anyone going to point out that your oldest portrayal of buddha... appears to be white... ..."
Scar The oldest datable depiction of the ..."
"This is a thoughtful article. I must admit, after living in crowded Hong Kong, I ..."
Gary Price The Coronavirus is coming – Some ..."
Browse Our Archives
get the latest from
American Buddhist Perspectives
Sign up for our newsletter
POPULAR AT PATHEOS Buddhist
1