In 2012 I found and shared some images of a then-recent Tibetan Sky Burial (original post is here). Over the years I have received a fair amount of feedback on the post, mostly of the “wow” and “thank you for sharing” nature. However, one commenter, using the handle @Tibetans at twitter, has repeatedly asked that I remove the post. In his/her own words, a recent tweet reads:

In the past I responded that the post was informative, showcased a Tibetan cultural practice, and had no ties to the Chinese government. I asked for further clarification and only received variations on the above. Finally this time I turned to my facebook and G+ networks and asked for help. Here is what I got (many thanks to the numerous folks who responded):

Traditional Tibetan “sky burials” ritualize nature’s reclamation of human life, rather than denying it.Instead of neatly cremating or putting the body into a box, protectively, Tibetans feed their dead, bite by bite, to a flock of massive, squawking birds. Now the Chinese government has made this sacred rite into a $5 show for Han Chinese tourists.

The vultures are always the first to arrive, well before the monks and morticians. After the body is unbundled, the birds move in and start with the eyes and the easy bits—fingers, ears, toes. The morticians are there with mallets and hatchets to cut the body into bite-sized pieces, to ensure that nothing is left behind. It’s hard to watch, and, understandably, it’s not like a funeral, in that family members and friends do not attend. The only Tibetans here are a monk saying prayers, the morticians, and, of course, the body.

But there are also two dozen tourists, all from China, here to gawk. Encouraged by the Chinese government, they’ve arrived in 4WDs emblazoned with the emblems and flags of an off-roading club. The burial goes on amid titters of disbelief and the whirrs and clicks of cameras and iPhones recording the event for online shares back home.

The $5 tickets to the show come with a map to the site. If there’s any question about who is selling them, the monastery down below has surrendered to the government. Locals tell me there was a feud in town between followers of this monastery, which they say had sold out, and the other monastery in town, which tries, impossibly, to maintain a sliver of independence.

In an effort to better protect and show more respect to the traditional Tibetan burial ritual of feeding dead bodies to vultures, China has imposed rigid rules to ban photography and media reports about it….

Buddhists believe in life recycles and the spirit of the dead is considered to leave the body the moment he passes away and the dead should be fed to birds of prey, or sacred vultures, as a last token of charity.

Read it and let me know if it sounds a bit propagandistic to you.

I’m not sure where exactly the photos linked to below come from, whether they are from a Han tourist in Chinese-occupied Tibet, from a Tibetan, a Western tourist, or someone outside Tibet where this long-held cultural practice may still go on free of Chinese regulations or “support”.

In terms of scholarship, that matters. We should ask: Is there reason to believe that the information is doctored or biased? Is there any clear connection between the information conveyed and the immoral acts of the Chinese government? If that is the case, would we wish to suppress all blog posts and articles discussing the history of the Potala palace, the Tibetan language, Tibetan resources or geography, etc?

As a scholar, any kind of suppression sets off alarm bells. Big time. I write that on he heals of a notable case in which a prominent scholars books will be pulped in India for offending Hindus.

Of course, if what I’m writing (or sharing) is factually incorrect or can be shown to contribute to harm, I will change or remove it. However, the progress of humanity as I see it relies on open discussion, the acknowledgment of differing points of view and differing ideas of what matters, which brings me to the below. It has taken me a while, but thanks in large part to the first of the above articles (many thanks to Konchog Norbu for that), I can see the potential harm in any quick ‘have-a-look’ styled posts related to Tibet, or indeed any number of complex topics. They may act to encourage the kind of naive tourism that further oppresses the Tibetan people by romanticizing their culture.

If the images lead you to consider traveling in Tibet, please consider the ethics of travel in an occupied land, and alternative trips that could be both beneficial to ethnic Tibetans and exciting and educational to you (and consider a boycott of all products Made in China).

My hope is/was to educate and to give a bit of context. And for those purposes the photos and videos (I have been told at least one of the videos isn’t that great, sorry!) still serve their purpose.

Those with a basic understanding of Buddhism might meditate on the importance of impermanence and the complex role of the body. Those new to Buddhism might find it intriguing enough to click through the wikipedia article and on to further resources – a University course perhaps or a chat with a friendly Tibetan Buddhist monastic.

After expressing concern when I originally posted this, one commenter wrote that “In the best case, interpretations by this site and other knowledgeable sources will promote understanding and minimize thrill-seeking. So, let’s hope for the best!”

And so we have it. As always, your comments are welcome. 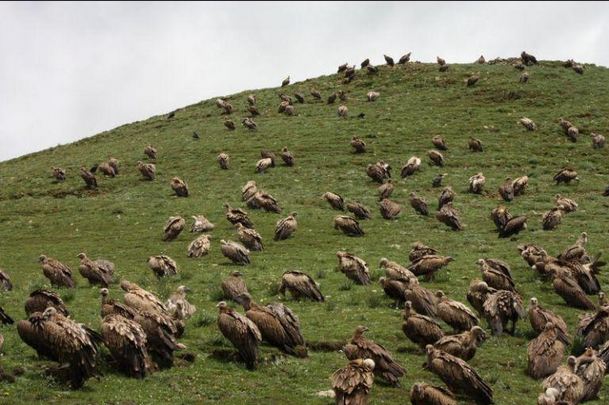 A set of recently-posted Sky Burial pictures has recieved over half a million views in less than 24 hours. As a poignant reminder of the impermanence of this body, they’re worth viewing.

Click here for all of them (warning, some are graphic).

And here are a couple videos to give the context: 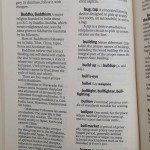