In what may have been a first-of-its-kind event, representatives of the International Shugden Community joined academics, a Geluk Buddhist monk, and a former member of the New Kadampa Tradition to discuss the history and current status of Dorje Shugden. Shugden, in short, is a ‘protector deity’ historically associated with the Geluk school of Tibetan Buddhism. His supposed power has led to great devotion by a number of esteemed Buddhist teachers, foremost among them Pabongkha Rinpoche, whose works helped shape Geluk thought and practice in the 20th century. However, while consistently asserting its political and religious dominance, the Geluk school was itself founded based on teachings from other schools and has a long history of adopting and endorsing practices from other schools.

This pluralistic tendency is, it seems, at the heart of the earliest phase of the ‘Shugden controversy’. This is because Shugden is said to oppose the incorporation of teachings from other schools. The matter is further complicated by the existence of lineages within schools whereby certain teachers, such as Pabongkha, will have students devoted to them and their teachings over and above others.

Meanwhile, the Dalai Lama, who has played both significant political and religious roles for the Tibetan Government in Exile, has sought to unify Tibetans of all schools. As such, he and others found it necessary to stop worshiping Shugden. The result has been a split in the Geluk school between a conservative group seeking to maintain Geluk purity or orthodoxy/orthopraxy, and others wishing to move toward greater inclusiveness. In part because the Dalai Lama is so greatly revered by Tibetans, the vast majority have sided with him and have stopped worshiping Shugden. Some have gone so far as to forbid Shugden worshipers from entering their shops, monastic institutions (with the Dalai Lama’s support), and medical facilities.

From there, things have become (even more) complicated, with a long list of accusations and counter-accusations with Shugden being associated with physical violence and tied to the murder of three monks in the late ’90s, and Shugden worshipers countering that the Dalai Lama, who they see as the source of the current controversy, is a fake and a liar.

That is why this event, hosted by SOAS and moderated by Dr. Nathan W. Hill on Friday, August 15th, was so important. As Dr. Martin Mills said in his closing words, “The manner in which this dispute has been carried out by both sides has been counterproductive to the goals of both. We need to think better than this.”

With that by way of introduction, here is the event in full, beginning with the first invited speaker, Kelsang Rabten (International Shugden Community):

He was followed by Carol McQuire (former member of New Kadampa Tradition):

You can read more about ex-NKT members and their online network, as well as discussions about this network by those still in the NKT, here. Following Carol McQuire was Dr. Martin A. Mills (University of Aberdeen):

Dr. Mills’ book,  Identity, Ritual and State in Tibetan Buddhism: The Foundations of Authority in Gelukpa Monasticism, can be found here, his article outlining the history of the Shugden controversy is available here, and further details can be found on his academic profile page. Next was Thierry Dodin (Tibetologist):

A recent interview with Dodin about the Shugden controversy can be found at tibet.net. The final speaker was John McBretney (International Shugden Community) [apologies for missing the first 30-60 seconds of the talk]:

This was followed by a 10-minute discussion by the moderator, Dr. Nathan W. Hill:

Then, in the same order, each speaker had an additional five minutes.

[apologies here, as my storage card filled up, cutting off the last seconds of Dr. Hill’s closing discussion]

The event as a whole was surely a step in a positive direction. There were still problems: McBretney’s claim that before the controversy Tibetan Buddhists lived in peace and harmony being one of the more egregious. As the academics in the panel were quick to point out (and anyone with a cursory knowledge of Tibetan history knows well), Tibetans have fought heavily amongst themselves and often with outsiders for as long as Tibet has existed. On the other hand, Shugden practitioners in the audience were very respectful of those stating views contrary to their own, while a group of (presumably) Dalai Lama supporters openly laughed and scoffed at Mr. McBretney as he made his final statement.

In terms of substantive progress coming from the event, we will have to wait and see. Hopefully there are more discussions of this kind, with further involvement of neutral parties: human rights observers, Buddhist historians, anthropologists, and so on. To the outside observer, the forceful rhetoric of the Shugden Buddhists against the Dalai Lama appears excessive and unproductive. However, the exclusion and isolation from services such as shops and medical facilities of Shugden Buddhists in exile communities appears unjust and as a breach of the human right to free practice of religion. On the other hand, it is within the purview of religious figures such as the Dalai Lama to stipulate who can and cannot live and practice in monasteries under his control or influence in the same way that leaders in other religions interpret, set, and enforce rules within their institutions.

Again from the outside, it seems that some simple steps could be taken to alleviate many of the problems. However, inside the world of Tibetan Buddhism it is still quite complicated. Fears regarding Shugden’s power for some, and the desire to harness that power in the quest for enlightenment for others, remain as powerful sticking points for both sides. And as several academics made clear in the panel, the religious in this case is also political. The fragile and fluid nature of Tibetan politics (in exile, in historically Tibetan regions, in Mongolia, and beyond) may make key decisions about Shugden as much about political expediency as they are about religious rights.

The full event, including an introduction from Dr. Nathan W. Hill of SOAS and other bits I missed, will be available at www.youtube.com/londonney.

Recent posts on this blog concerning the 2014 protests: 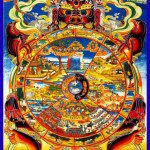 August 14, 2014
Vegetarianism and Animals in Early Indian Buddhism
Next Post 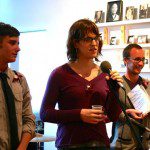 August 21, 2014 TransBuddhism, an interview with the creators of transbuddhists.org
Recent Comments
0 | Leave a Comment
Browse Our Archives
Related posts from American Buddhist Perspectives