The Dalai Lama, snubbed by Pope and world leaders, may speak at Glastonbury Festival in June

The Dalai Lama, snubbed by Pope and world leaders, may speak at Glastonbury Festival in June January 7, 2015 Justin Whitaker

His Holiness the Dalai Lama, once hailed as a “multimedia phenomenon and ascetic Buddhist superstar” by the New York Times, has had a tough year. After meeting nine heads of state in 2001 and eleven in 2002, the Dalai Lama met with just one by the middle of 2014: President Barack Obama. In an article discussing the event, Shannon Tiezzi of The Diplomat, described Obama as rather bravely walking a “tightrope” in the meeting, where he had to make it clear that he regarded the Dalai Lama as a religious and cultural leader and that the U.S. recognizes Tibet as part of China.

But the most disappointing moment of 2014 for many Catholics and Buddhists alike was when Pope Francis refused to meet with the Dalai Lama in December. The current Pope, who has grabbed headlines for his progressive stances on many issues, this time found the spotlight for bowing to pressure from China, describing the current state of affairs as a “delicate situation” and saying that a meeting between the two religious leaders “could cause problems.” Jonathan Mirsky writes at NY Review of Books blog that those problems likely refer to China’s tight grip on the growing Catholic population inside its own borders, a population which must choose between government controlled “Patriotic Catholic Association” churches and underground Catholic organizations still loyal to the Pope.

China may be claiming diplomatic victory over the Dalai Lama with world leaders and extending its pressure to religious ones. But one audience should still hold the Dalai Lama close to heart: attendees of the Glastonbury Festival, itself said to be “Inspired by the ethos of the hippie, counterculture, and free festival movements” (wikipedia). News came out this week that the Dalai Lama’s online schedule included a visit there on June 28th, which would have him reportedly just ahead of Lionel Richie. However, that announcement has since been removed (possibly because the festival is waiting to complete its line-up), leaving just his planned June 29 public talk in Sunbury on Thames, Middlesex, on Buddhism in the 21st Century at the Kempton Racecourse. 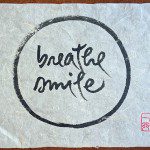 January 4, 2015
Thich Nhat Hanh out of the coma, wakeful, and smiling
Next Post 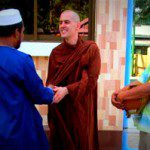 January 10, 2015 "Some wish for peace, I make it happen" - a guest post by Bhikkhu Subhuti on Bringing Buddhists and Muslims together in Burma/Myanmar
Recent Comments
0 | Leave a Comment
"folks hav to learn the local laws wen they invade the space"
Joe Biggs Tourists: Buddha Tattoos are Taboo; as ..."
"too polite ..if folks are ignorant of local laws they hav to be brought to ..."
Joe Biggs Tourists: Buddha Tattoos are Taboo; as ..."
"Five years, a rescued street-cat from Texas (by way of Seattle). His trip to Hong ..."
Justin Whitaker Progressive responses to the 2020 election ..."
"Big move. How old is your cat?"
Brian Lang Progressive responses to the 2020 election ..."
Browse Our Archives
get the latest from
American Buddhist Perspectives
Sign up for our newsletter
POPULAR AT PATHEOS Buddhist
1