“Why am I here?” – an interview with Zen priest and interfaith dialogue participant, Rev. Dr. David Zuniga

Last week I caught wind of an event with a very intriguing title “Why Am I Here? An Austin Interfaith Dialogue” and an even more interesting set of speakers representing Judaism, Christianity, Islam, and Zen Buddhism. Very happily, I was able to get in touch with Rev. Dr. David Zuniga, who will represent Zen in the discussion and arranged an interview on the topic.

I sat down (via email) over the weekend to discuss the upcoming event:

First, thank you for taking the time to do this, David. It looks like a fantastic event and I look forward to hearing about how it turns out. So to start off rather bluntly, what is the point of an event like this, where people from four different religions talk about a deep existential question like “Why am I here”?

Thanks Justin for this great question. There are many reasons why an event like this, where people from different religions come together to discuss profound, existential questions is important. The world is increasingly spiritually and religiously diverse. This is true in Central Texas, where I live, and also true throughout the United States. Internationally, religions traditionally associated with Asia (e.g. Buddhism, Hinduism etc.) are growing in western countries and religions traditionally associated with western nations (e.g. Christianity) are growing in Asian countries. The world religions have sometimes done great things but also sometimes caused profound suffering. The future of humanity depends on our ability to understand each other and respectfully communicate. In the United States, our cultural and religious diversity is one of our greatest strengths. Buddhism has a lot it can teach other religions but also has some things it can learn from other religions. And as Buddhism teaches, all of us grow older, grow sick, and eventually die. We all have difficulty in our lives and want to be liberated from that difficulty. Everything is impermanent, so quickly changing. The time for dialogue is now.

The other three speakers come from the major Abrahamic religions. Do you think there will be a common thread in their answers? How do you expect your approach to relate to these?

Yes, I do think there will be a common thread in the other three traditions in this dialogue, which are Judaism, Christianity, and Islam. They all understand themselves to be connected to Abraham and to be monotheistic. I suspect my explication of Zen will be different. Zen is non-theistic, meaning it doesn’t center on the question of a supreme being or being’s existence, which is why some Buddhists believe in God or Gods, but other Buddhists are atheist or agnostic. Zen is a mystical tradition, a tradition beyond words or language or concepts. Other religions have mystical focuses as well, but a non-language, experience-based approach is the essence of Zen. Zen is mystical, but mystical in that it nourishes the beauty of everyday existence. This is why we say that Zen is chopping wood and carrying water.

Not to provide any major spoilers (so maybe just a footnotes version), but “Why Am I Here?” Really! Why?

We are here to cultivate wisdom and compassion in order to transform suffering and manifest joy in the world.

Do you think this can speak for the whole of Buddhism? For all of Zen even? Or will you try to give a few different answers to represent some of the “Buddhisms” out there?

Buddhism is a vast tradition. Some forms of Buddhism, such as Pureland Buddhism, can be very belief-based. And it’s ok for Buddhists to disagree! Generally the differences between Buddhism are very small, but Buddhism does teach different ways to follow the dharma, which is good because people need different paths. The Buddha spoke in different ways to different people depending on their needs. Our event “Why am I here? Answers from Judaism, Christianity, Islam, and Buddhism” will be at Huston-Tillotson University, so we’ll have a lot of college and graduate students as well as professors from various academic disciplines. But it’s also free and open to the general public. Lots of different religions and churches will be there too, including people who are Jewish, Christian, Muslim, Buddhist, Hindu, Unitarian, Wiccan, as well as people who are atheist and agnostic. Another diverse and interesting thing about this event is that in addition to having ordained ministers from four different traditions (Judaism, Christianity, Islam, and Zen Buddhism) we’ll have panel members who represent different professions: one of our moderators is a religion journalist, the other moderator is a professor of religion and philosophy, and I also have a psychology practice in addition to being a Zen priest. It’s a rare thing to have an event with this breadth of different religions and professions.

So I’ll try to speak in a multi-cultural way that is accessible to as many people as possible. Largely my understanding of the dharma is through a Zen-based lens and practice, but I’ve also practiced in Tibetan sanghas. I’ve trained in both the United States and Asia. Before doing a PhD in psychology I earned a Masters at Harvard so I have both an academic and practice-based approach to my Zen practice. And I conceptualize Zen through the practice of psychology, as I believe Zen is the most psychological of religions.

I know from experiences with Zen practitioners that broad theoretical questions – and answers – can be useless at best and an impediment at worst when it comes to actual Zen practice. Some might even say that the whole event goes against the true way of Zen. Do you plan to address this apparent contradiction? If so, how?

Zen often states that it is a tradition beyond words, language and concepts, and yet from within the tradition of Zen itself, Zen has written so many books! Two seemingly different things are true simultaneously. It is true that words are in many ways poor players pointing at the moon but they are not the moon themselves. And yet words can sometimes be quite skillful in the liberation of suffering; for example civil rights leaders from Dr. Martin Luther King, Jr. to Aung San Suu Kyi. Words are not pure experience and yet they can be skillful; words can change the world. The essence of Zen is to be skillful. So I hope at our event to address the limitations of language and also to use language skillfully.

Thank you so much for taking the time to do this interview, David. Is there anything else you’d like to add?

Thanks Justin for this conversation. I wish you luck in your doctoral studies. Buddhist ethics is a fascinating field. I noticed from your website that you are a runner. I enjoy running too. Many years ago I published an article entitled “Running as Meditation.” Running has been a form of meditation in Asian Buddhism for hundreds of years. Before I had kids and started a psychology practice I used to do a lot of long distance running and found it to be a profound vehicle to realize the truth of no-self. It may sound odd to some to hear a Zen priest who is fully ordained also has children. I was ordained in the Taego lineage of Korean Zen, which allows clergy to be married—being married and having children is also a profound manifestation of the dharma. Thanks for this discussion.

More about the event:

What: A rare, multi-religious dialogue entitled “Why Am I Here? Answers from Judaism, Christianity, Islam, and Buddhism”

Panelists include: Dr. David Zuniga, Pastor Tom Goodman, Shaykh Umer, and Rabbi Amy Cohen. Dr. James Kraft of Huston-Tillotson University and journalist Eileen Flynn will moderate this discussion, which is free and open to the public. For more information: www.drdavidzuniga.com/dialogue.html. This event will also be recorded and shared later on the web by the website Deily.org. 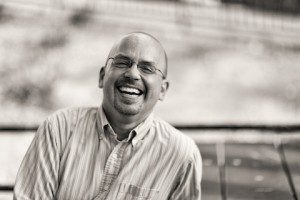 Dr. David Zuniga earned his Ph.D. in clinical psychology and is a Post-Doctoral Fellow in private practice in Austin, Texas. Previously, he earned a masters degree in comparative religion from Harvard Divinity School, and also a master’s degree in English literature. He was ordained as a Zen (Son) Buddhist Priest at Sonamsa Temple (built in 529 C.E.) of Chogye Mountain in the South Cholla province in Sunchun, South Korea, and in the process became the first westerner ordained in the Taego lineage of Korean Zen, and was also one of the first Buddhists to become a Board Certified Chaplain by the Association of Professional Chaplains (APC). Prior to his current psychology practice, he worked for over a decade in pediatric and adult end-of-life care (palliative care, end-stage oncology, and hospice). David is also a writer, publishing both academic articles and works for the wider public. Currently he’s finishing a book on Zen, mindfulness and end-of-life care for Wisdom Publications. A frequent public speaker, you can learn more about his therapy practice, writing and community events by visiting his website www.drdavidzuniga.com. 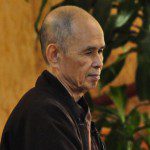