The Tibetan Feminist Collective: an interview with co-founder Tenzin Pelkyi

Last month I shared two wonderful guest posts by researchers looking into race in American Buddhism (“Race Matters…” and “The Dukkha of Racism…“). I also noted the change, which occurred early in 2015, of the blog’s title from the singular “American Buddhist Perspective” to plural “Perspectives” in recognition that more perspectives than my own were being shared here and as an aspiration that this growth and diversity continues to flourish. Today I’m honored to share an interview that has been many months in the making – delayed by my travels and work responsibilities – which is almost certain to widen the perspective of readers here, dealing with issues around race, but more importantly feminism and intersectionality in our contemporary global Buddhist community. 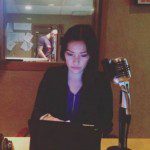 Tenzin Pelkyi is a writer, activist, and law student. She is the chair of the board of the Asian American Organizing Project (AAOP) and is also a founder/editor of the Tibetan Feminist Collective. She writes and speaks regularly about Tibet, Asian American advocacy, reproductive rights, and racial justice. 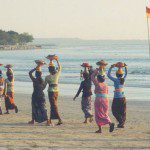 January 30, 2016
David Bowie's ashes to be spread in Bali "in accordance with the Buddhist rituals"
Next Post 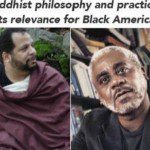 February 3, 2016 African American Buddhism - a manual for an Age of Enlightenment
Recent Comments
0 | Leave a Comment
Browse Our Archives
Follow Us!