Buddhist Political Affiliations and the 2016 US Presidential Race (Reader Poll)

Buddhist Political Affiliations and the 2016 US Presidential Race (Reader Poll) May 28, 2016 Justin Whitaker

Another end-of-the-month, and another sampling of Buddhist political leanings for the 2016 US Presidential race.

This month’s poll has been updated with Nichiren as a choice for Buddhist type/school and, for the first time, has only one Republican choice. It has been kindly brought to my attention that results of the poll should be taken with a grain, or lump, of salt. This is not a random sampling, which itself is imperfect for understanding a population, but is an online survey, which relies on reader initiative, both in filling out the form and in spreading the word to others.

That said, please fill it out and spread the word! The results are at least interesting and could, perhaps with the help of interpretive skills beyond my own, be instructive (have a look at February, March, and April/May’s results). While I feel like anyone actually clicking over here and reading this far, let alone filling out the survey, is totally random, I am assured by wiser people that it is not.

Read more about polling after the survey and check back for upcoming posts discussiong some examples of what respondents have written in the anonymous open response question at the end of the survey.

Dan Balz of the Washington Post writes that polls across the board today should be taken with at least a touch of skepticism. Citing Norman Ornstein of the American Enterprise Institute and Alan Abramowitz, a political scientist at Emory University, Balz writes:

The two scholars went on to cite well-known challenges for all types of polls. Traditional polls, considered the most reliable over a long period of time, use random samples of the population, call landlines and cellphones and use real people to conduct the interviews. But those surveys are extremely costly, and response rates for many have plummeted over the years.

Online surveys use panels of potential respondents rather than randomly drawn samples. The methodology differs among the various practitioners and is in a regular state of examination and refinement. They are much less expensive to produce.

One poll discussed is an NBC-SurveyMonkey poll purportedly showing that most Americans dislike both Clinton and Trump. Interestingly, this was a self-selected online survey much like the one above, and the methodology and data are reported in a document on Scribd. There we read:

Because the sample is based on those who initially self-selected for participation rather than a probability sample, no estimates of sampling error can be calculated. All surveys may be subject to multiple sources of error, including, but not limited to sampling error, coverage error, and measurement error.

To assess the variability in the estimates and account for design effects, we create a bootstrap confidence interval to produce an error estimate.The bootstrap confidence interval for this survey is plus or minus 1.0 percentage point for the full sample and plus or minus 1.0 percentage point for registered voters. 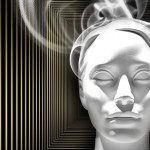 May 27, 2016
The Beginner’s Guide to Mindfulness: 8 Helpful Tips
Next Post 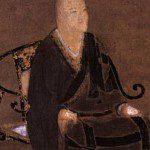 May 31, 2016 Zen Buddhist teacher Dogen: "The Greatest Philosopher You've Never Heard Of"
Recent Comments
0 | Leave a Comment
"Anyone going to point out that your oldest portrayal of buddha... appears to be white... ..."
Scar The oldest datable depiction of the ..."
"This is a thoughtful article. I must admit, after living in crowded Hong Kong, I ..."
Gary Price The Coronavirus is coming – Some ..."
"Well explained. Dholavira is also one of the largest site of Indus Valley civilization. It ..."
Kirti Bajaj Major Sites of the Indus Valley ..."
"Nice write up Justin."
Catalin Newport In Hong Kong, the Bodhisattvas wear ..."
Browse Our Archives
get the latest from
American Buddhist Perspectives
Sign up for our newsletter
POPULAR AT PATHEOS Buddhist
1