Writing for NPR today, Adam Frank introduces us to Eihei Dōgen. Dōgen was a thirteenth century Japanese Buddhist thinker and founder of Sōtō Zen. And Frank is an astrophysicist teaching at the University of Rochester. Why would a 21st century astrophysicist be praising a long-dead Japanese guy as a “philosopher”?

As Frank writes, “it doesn’t do much good imagining that Europe cornered the market on creative thinking about being human.” He, like me, my friend Amod Lele, and a lot of other folks, read Jay Garfield and Bryan Van Norden’s editorial in the NYTimes demanding that Philosophy departments end their “systematic neglect” of non-European thought. Frank agrees and is doing something about it:

hat’s why, today, I want to tell you about Eihei Dogen.

Dogen was a 13th century Japanese Zen teacher who is considered by many to be one of the world’s most profoundly subtle and creative thinkers. Now some might object that being a Zen master automatically knocks you off the list of great philosophers. Taking that position, however, misses how closely the history of Western philosophy is tied to the monotheistic religions it grew along with. Also, there is quite a bit of debate about how Buddhism stacks up as a religion to begin with (at least in terms of how we in The West think of the word). Buddhism contains no conception of Deity and has a highly evolved monastic tradition that contains at least some elements of empiricism in its emphasis on direct experience and investigation.

But what were Buddhists like Dogen investigating — and what does it have to do with philosophy? For Buddhists, a central concern is the act of being a subject. That means the dynamics of the verb “to be” as a lived experience is often the focus of Buddhist philosophical inquiry.

For Western philosophy, this kind of question usually hinges around debates over the mind-body problem. Buddhist (and Vedic) philosophers had these kinds of debates, too, but they also had something their Western counterparts didn’t.

Contemplative practice. Or meditation. But, as Frank notes, that term doesn’t do justice to the depth and complexity of the practices Dōgen embarked upon. There is first the great deal of work needed to stabilize the mind, and second that clear, open mind is turned toward understanding the nature of reality itself. Frank uses the word “awareness” instead of “reality” there, writing, “Once mastered, the stabilized attention is meant to be turned on questions about the nature of awareness.”

Is there a difference? One points to an epistemological (question of knowledge) understanding, the other to an ontological one. To dig into such differences, and the ways that knowledge or our minds interact with, influence, or create our reality is to do philosophy. And philosophy is just what many Buddhists have been doing, all the way back to… you guessed it, the Buddha. At least this is the argument developed in the recently published article “Reading the Buddha as a Philosopher” by Douglass Smith and myself. More on that paper in coming weeks.

Dogen was a master of “zazen,” the particular flavor of contemplative practice developed in Zen. Many of his writings are attempts to help his students understand the importance of, and approach to, this practice. But Dogen also tries to explain what is found, what is discovered, in zazen — and it’s here that many find his genius.

The problem with discussions of direct experience is it’s notoriously hard to report. How do I communicate my experience of a red apple or the blue sky to you? Words are just signifiers or labels. Most importantly they are clearly something different from my on-going, happening-right-now, completely vivid experience. Couple that dilemma with the depth of what Dogen claims occurs in stabilized zazen and you can see where the problem begins.

To deal with this dilemma, Dogen deploys language that can be both hauntingly poetic and infuriating at the same time. For example, here is one of the most famous of Dogen quotes. It concerns studying “the Way,” which, for Buddhists, is something like what Western philosophers might call essential nature:

The link there is to the Stanford Encyclopedia of Philosophy entry on Japanese Zen Buddhist Philosophy. For the novice, it’s heady stuff. Frank compares this passage to the Western phenomenologists Husserl and Heidegger. These thinkers, and others in the phenomenological tradition, sought to get us “to the things themselves” or “to the phenomena themselves.”

Frank relates this to hiking: “It’s like how, when I’m on a hike, the “myriad things” of the world can all simultaneously unify into a totality of experience. Suddenly, I’m free of thinking about what I’m seeing and, instead, I’m just seeing.”

Nature is a wonderful source for these experiences. But they can happen any time. In the West, we’ve come to call this state Flow, or the Zone. Of course Dōgen’s version, built as it is on extensive contemplative practice, is much deeper and – I would think – more lasting, more accessible.

Like Frank, I think that practice and the words that accompany it have much to offer us in the modern West. And not just in Religious Studies, but also in Philosophy departments.

See also my discussion of getting Buddhist Philosophy (and other non-Western thought) into the academy, and reflections from the March conference on Contemplative Education held at Naropa University.

And you won’t need a degree in philosophy to get a deeper understanding of Dōgen’s thought (and practice!) thanks to Brad Warner’s new book, Don’t Be a Jerk: And Other Practical Advice from Dogen, Japan’s Greatest Zen Master; skillfully reviewed by fellow Patheos writers James Ford and Dosho Port. 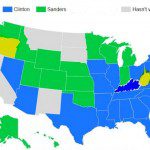 May 28, 2016
Buddhist Political Affiliations and the 2016 US Presidential Race (Reader Poll)
Next Post

June 3, 2016 Buddhist Political Preferences Poll Extended to June 5
Recent Comments
0 | Leave a Comment
"Well explained. Dholavira is also one of the largest site of Indus Valley civilization. It ..."
Kirti Bajaj Major Sites of the Indus Valley ..."
"Nice write up Justin."
Catalin Newport In Hong Kong, the Bodhisattvas wear ..."
"I used to idealize Tibetan Buddhism. I studied with some senior teachers from Shambhala and ..."
Metis Buddhism, patriarchy, abuse, and violence: we ..."
"its almost as if yoga can't be associated with hinduism, it's like a taboo for ..."
edl Can Western Appropriation of Buddhism, Mindfulness, ..."
Browse Our Archives
Follow Us!