Last month I was too busy teaching, traveling, and doing a bit of meditation in China to write a report on the June-July readers survey of political preferences. In fact, I was a bit lax in publicizing the poll as well, which I think played a roll in the marked downturn in responses. With just 107 (self-selected, online, non-randomized) respondents and demographics roughly matching previous months’ polls, we’ll jump right to the question of which candidate each respondent most supported:

Despite Clinton having the lead in pledged and super-delegates in June heading to the July convention, Sanders remained in the race. And among readers, he still had the most support, with Clinton not far behind him. This is a notable shift from the May-June poll, where Sanders had a 58%-22% lead over Clinton.

That poll mirrored in many ways the polls going back to late February , March, and April.

When asked if their preferences had changed recently, several readers reflected on their move to Clinton:

Bernie is my first choice, but if Hillary is the candidate, I will support her because at least I know what I’m getting. The other candidates are frankly, unacceptable and unqualified.

I was somewhat undecided through most of the race, since I wasn’t very familiar with Sanders prior to the current election cycle. Clinton has emerged as the Democratic favorite and has run a respectable race, so I’m satisfied to support her.

I don’t want to vote for Hillary unless absolutely necessary.

One former Sanders supporter who has switched to Stein wrote, “I feel as if her platform is the most compassionate of the platforms that will be on the ballot.”

Moving forward to the July-August survey, which I had a little (but not much) more time to promote, we find 124 responses and our first survey without Sanders as an option.

Many moved on to Clinton, while others chose Jill Stein or the “Other” category (with several writing in Bernie Sanders). Gary Johnson has also made gains, here with 8.9% ahead of Trump’s 6.5%.

As a snapshot in time, it looks like we’re witnessing a move of “Buddhists for Bernie” toward Clinton and Stein, with greater overall numbers going to Clinton. However, Clinton’s support by readers here is far below the 80+% that she and Sanders combined had during the primaries. That said, readers here offer Clinton greater support than the Christian religious groups polled this week by ABC news (Catholics there being the only group favoring Clinton [51-45%]).

Looking again at some of the responses for people supporting Clinton:

I supported Bernie Sanders but now Hillary Clinton is the only real chance for defeating Donald Trump.

Voting for her most beneficial for advancement of my political goals given the alternatives.

A supporter of Stein wrote:

I cannot vote for Hillary as she has a clear track record of violence and dishonesty. Jill is the only candidate that is right on economics, as was Bernie, and I believe that is the most important issue, as economic inequality and suffering contributes tremendously to so many people.
Jill, like Bernie, also has a clear track record of standing up for racial equality, when other candidates words of support directly contradict their actions.

Her platform is primarily the same as the platform I was supporting with Sanders before he switched sides.

And one other wrote:

Because I’m sick of voting for the lesser of two evils.

A supporter of Johnson writes, “Trump lacks the temperament and moral fiber to be President.  Clinton is too much of a polished politician that I’ve never felt I’ve been able to see beyond her mask.  Johnson, at least, comes across as the most genuine, authentic human of the candidates.”

There was one write-in for Gloria La Riva, PSL, the socialist candidate. Another wrote in Alyson Kennedy, of the Socialist Workers Party. If there are five write-ins in the future and I’ll add her to the poll. 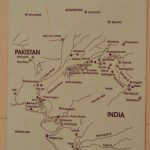 August 4, 2016
Major Sites of the Indus Valley (aka Sarasvati or Harappa) Civilization
Next Post 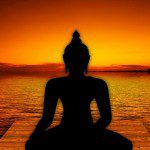 August 8, 2016 7 characteristics of Flow States & how Mindfulness brings us there
Recent Comments
0 | Leave a Comment
"folks hav to learn the local laws wen they invade the space"
Joe Biggs Tourists: Buddha Tattoos are Taboo; as ..."
"too polite ..if folks are ignorant of local laws they hav to be brought to ..."
Joe Biggs Tourists: Buddha Tattoos are Taboo; as ..."
"Five years, a rescued street-cat from Texas (by way of Seattle). His trip to Hong ..."
Justin Whitaker Progressive responses to the 2020 election ..."
"Big move. How old is your cat?"
Brian Lang Progressive responses to the 2020 election ..."
Browse Our Archives
get the latest from
American Buddhist Perspectives
Sign up for our newsletter
POPULAR AT PATHEOS Buddhist
1