Citing a recent survey of anonymous superdelegates, the AP last night said that Clinton has what is needed to win the Democratic nomination. I’ve seen the outrage (Glenn Greenwald is always a good read). I’ve also seen that this has, sort of, happened before. And what next? Former Secretary of Labor under Bill Clinton and current Sanders supporter, Robert Reich, has some advice.

But that is getting ahead of ourselves a bit. First, results from this month’s reader (self-selected, online, non-randomized) survey of presidential preferences. There is, at the start, a fair degree of consistency with previous polls, going back to late February (March, and April). Readers here, or at least those responding to the survey, are largely white, male, into Zen, and in support of Bernie Sanders.

Separating out other ethnic groups gives us perilously small response groups (Asian respondents this month support Sanders 7-2 over Clinton), and when female respondents alone are accounted for, Clinton does better, though still trailing behind Sanders roughly 2-1. 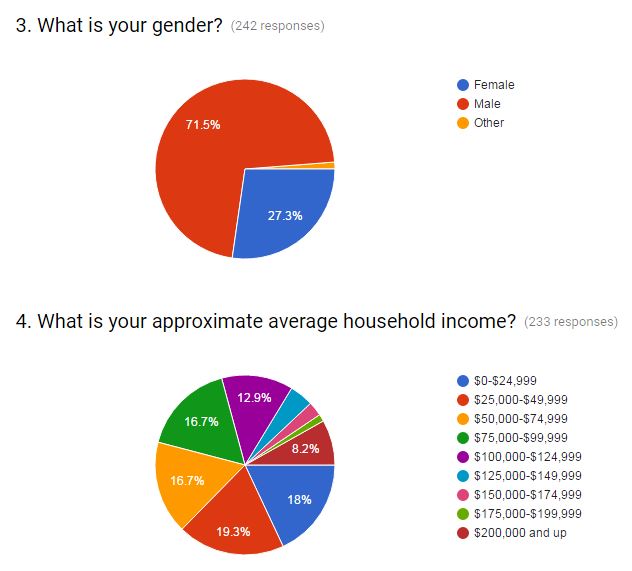 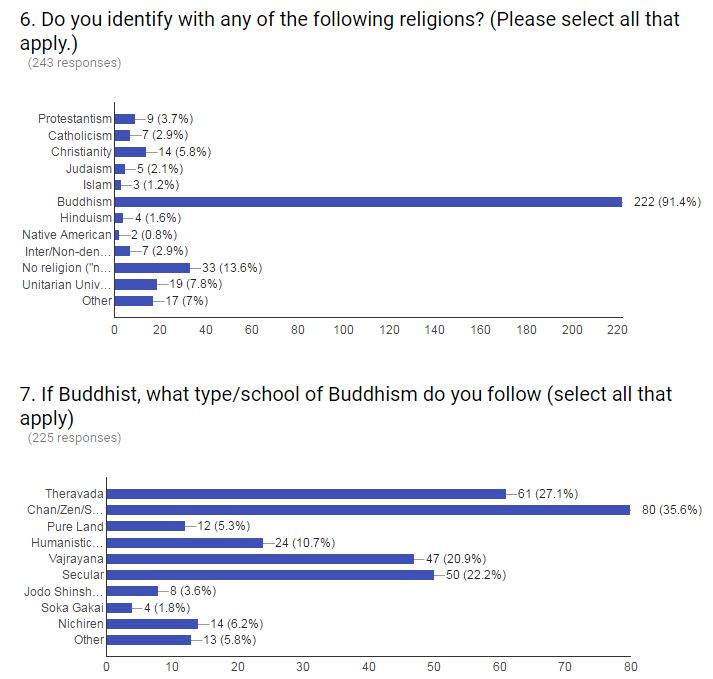 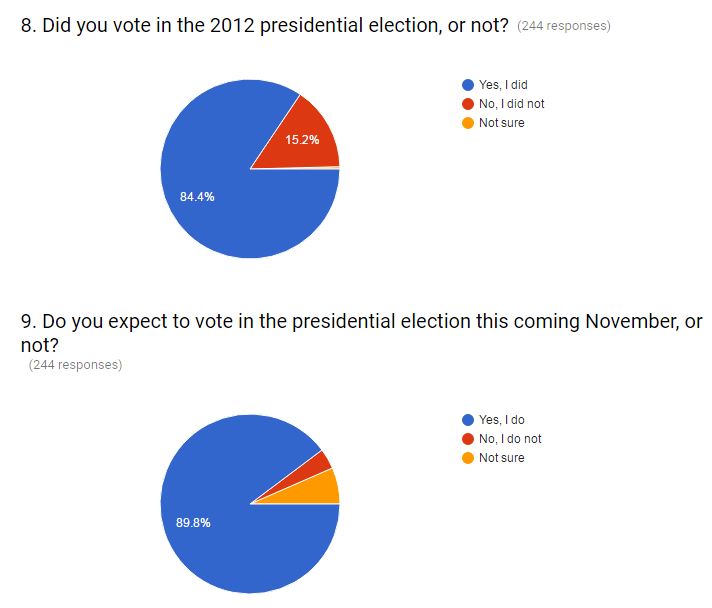 And, the most important question:

This shows that while Sanders has lost some support compared with previous surveys, much of that support is going not to Clinton but to Trump and the “3rd Party” candidates Stein and Johnson.

Singling out self-identified females, we find 41 in support of Sanders, 19 for Clinton, 3 for Stein, 2 for Trump, and 1 undecided.

So that’s that for now. I’ll be interested to see where people go in the end of June, given that Sanders may (or may not) be out of the running. My guess is that we’ll hear a lot more about and from the Green and Libertarian candidates either way. Your thoughts are always welcome in the comment section. As for those who commented on the poll itself:

You’re welcome!
THANKS
Thank you for adding “Nichiren” (non-Soka Gakkai) followers as a choice.
Thank you
Thank you for taking a measured interest in the way politics and religion relate to each other.
Thanks for offering the opportunity.
None
great questions!
None, although, I like the idea
Thank you for conducting this poll!
A+++++++ would survey again
Good idea, hopefully it is useful
Trump is a mentally unstable person how he can lead a world leading nation ?
Listing “Pure Land” several tiers above “Jodo Shinshu” may cause some Shin folks to click “Pure Land” and move on, not noticing the more accurate option. I would list Jodo Shinshu right before Pure Land, just like you’ve done with Soka Gakkai followed immediately by Nichiren, which I think is a good way to handle it.
ok
open elections and no gerrymanding
Great job!
A pleasure to answer.
Not a scientific survey. Do you really have a purpose. 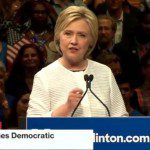 June 7, 2016 A politics of fear, not hope
Recent Comments
0 | Leave a Comment
"Well explained. Dholavira is also one of the largest site of Indus Valley civilization. It ..."
Kirti Bajaj Major Sites of the Indus Valley ..."
"Nice write up Justin."
Catalin Newport In Hong Kong, the Bodhisattvas wear ..."
"I used to idealize Tibetan Buddhism. I studied with some senior teachers from Shambhala and ..."
Metis Buddhism, patriarchy, abuse, and violence: we ..."
"its almost as if yoga can't be associated with hinduism, it's like a taboo for ..."
edl Can Western Appropriation of Buddhism, Mindfulness, ..."
Browse Our Archives
Follow Us!