After over 3 years of work, China has debuted its first ever Tibetan-language search engine: yongzin.com (which means “teacher” in Tibetan). The front page sports the bright blue, red, green, and yellow that are well-known to Google users, but the search results are very much a reflection of China’s, and not Google’s, priorities. According to the Wall Street Journal:

A quick image search for the Dalai Lama, for example, requires sifting through pages of results before locating any of the man that Chinese authorities have previously dubbed a “jackal in Buddhist monk’s robes.” Instead, users are offered photos of various Tibetan artifacts and images of official press briefings, as well as an image of former French President Nicolas Sarkozy adorned with the words, “Tibet is a part of China.”

An image provided by QZ.com showed that the Dalai Lama isn’t entirely absent from the website; in an image search of the Dalai Lama one image of him does show up among many others, including one of a PRC soldier and a young girl.

The idea behind the search engine is to provide something to Tibetan speakers so that they don’t have to use VPNs (Virtual Private Networks) to circumvent China’s Great Firewall – which can be an ever-moving target given changing developments in VPN detection and crack-downs by China and new methods of evasion on the parts of VPN companies. While in China last month, I found out that my usual VPN, Private Internet Access, did not fair well against China’s Firewall. So I picked up ExpressVPN for the month and had mostly great internet access (google, gmail, facebook, etc).

Tibetan speakers in China will now have this option, which might be helpful for those not searching for politically sensitive items. The downside, however, is that it may dissuade them from regularly checking in with non-Chinese / non-censored sites for news and information. Stories such as that of the nun who recently committed suicide as Chinese authorities destroyed a religious city will almost certainly be blocked. 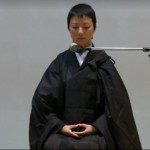 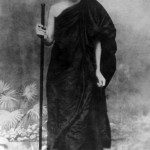 August 27, 2016 Free Buddhist audiobook: Requisites of Enlightenment by Ledi Sayadaw (via Pariyatti Publishing)
Recent Comments
0 | Leave a Comment
"folks hav to learn the local laws wen they invade the space"
Joe Biggs Tourists: Buddha Tattoos are Taboo; as ..."
"too polite ..if folks are ignorant of local laws they hav to be brought to ..."
Joe Biggs Tourists: Buddha Tattoos are Taboo; as ..."
"Five years, a rescued street-cat from Texas (by way of Seattle). His trip to Hong ..."
Justin Whitaker Progressive responses to the 2020 election ..."
"Big move. How old is your cat?"
Brian Lang Progressive responses to the 2020 election ..."
Browse Our Archives
get the latest from
American Buddhist Perspectives
Sign up for our newsletter
POPULAR AT PATHEOS Buddhist
1