It’s time once again for our monthly survey of Buddhist political affiliations. It has been a… well… interesting month following the conventions – which I mostly missed as I was in China at the time. Clinton received a solid post-convention boost in most polls, getting into double-digit leads at times over the struggling Trump who was snubbed by one of his own convention speakers, former rival Ted Cruz. Since then, a number of Republicans have come out against Trump, so many, in fact, that it’s hard to keep track. Luckily the Atlantic has been doing their best to keep tabs.

Meanwhile Clinton’s support has also been falling with various groups. Most recent among them, women (so many “special places in Hell” I suppose). Albright soon after apologized for that comment, but it is one that lives on in the hearts of many of my liberal female friends. Picking up on a similar meme, one twitter commenter wrote:

Less than 1/2 of American women now support @HillaryClinton. Who knew so many women were secretly sexist BernieBros? pic.twitter.com/Qc7eC2ixcj

And now young black voters have this to say:

When a handful of liberal advocacy organizations convened a series of focus groups with young black voters last month, the assessments of Donald J. Trump were predictably unsparing.

But when the participants were asked about Hillary Clinton, their appraisals were just as blunt and nearly as biting.

“What am I supposed to do if I don’t like him and I don’t trust her?” a millennial black woman in Ohio asked. “Choose between being stabbed and being shot? No way!”

Meanwhile, Libertarian Gary Johnson has seen a noteworthy boost in the polls, from under 5% in mid-June to nearly 10% in recent weeks. Jill Stein, the Green Party candidate, has not been so successful, hovering around 3% through August according to Real Clear Politics poll averages.

Readers here who showed much stronger support for Bernie Sanders (who is now on the campaign trail for Clinton) in earlier months have given much of their support to Stein and Clinton. Last month, Trump even trailed Gary Johnson among those who answered the survey.

With that, we open our September survey:

If you are having trouble seeing the form, click here: https://docs.google.com/forms/d/e/1FAIpQLSff6JNy9QM2e9t__krivyG1uiBvPIIGi60Jq4k8QbW0Gv26yw/viewform

And from the International Campaign for Tibet, a petition to “tell whoever lives [in the White House] next to make Tibet a priority.” Poll will remain open until Sept 10; results to be posted Sept 12. 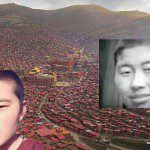 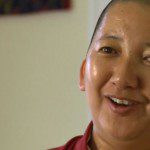 September 5, 2016 A Tibetan Buddhist Nun teaches JOY instead of Willpower, Ego, and Guilt
Recent Comments
0 | Leave a Comment
Browse Our Archives
get the latest from
American Buddhist Perspectives
Sign up for our newsletter
POPULAR AT PATHEOS Buddhist
1