A history of Buddhist Social Engagement

Not long ago, a friend and colleague of mine posted a query in a Buddhist academic group: what sutras or other suitably ancient Buddhist writings could one read today as appealing to something like the social activism we see in America now?

The ensuing discussion was lively and, for some perhaps, disappointing. In short, there are none. No pre-modern Buddhist writing can be found that will exhort people to go to the streets, to directly help the poor, or work to overcome systemic oppression.

However, this is true of all ancient traditions. All reflect and speak to a different context, a different set of needs in the people. What keeps religious and philosophical traditions alive are their “universal” teachings and their adaptability to new contexts.

As Buddhism has moved to different cultural and geographical contexts, it has reappropriated the best of its own teachings that could be applied to the new situation. The India of the 1st-5th centuries C.E. was vastly different from the India of the Buddha’s time. Buddhists had to adjust and adapt to that, re-energizing their own tradition by engaging deeply with increasingly sophisticated “Hindu/Brahmanic” philosophies and practices. When Buddhism went to Tibet and to China, there, too, vastly different philosophies and practices challenged Buddhists: What do we keep? What do we alter? How do we present what we think is most important in ways that will be taken up in this new culture?

And in many ways, this is exactly what is happening in Western Buddhism(s) today. We are tasked with asking those same questions. Things we keep often include architecture, clothing, styles of sitting, chanting (languages), often structures of hierarchy with old titles like “lama” and new like “venerable”. Things we’re altering include the strong patriarchy and isolation of most traditions. Our new presentations have been varied, from the poetry and romantic ideals of the beat generation to quests for simplicity and austerity of later years to contemporary fascination and pairing with neuroscience.

One of the needs of the current age, of course, is social engagement. As I wrote in January, Buddhism and Buddhists have always been socially engaged, just perhaps not in ways readily apparent to our 21st-century gaze.

In this video, Rev. Kosho Finch, of the Shingon school of Japanese Buddhism, offers a lecture and discussion of Buddhist Social Engagement.

Rev. Finch concludes with thoughts on “Where do we go from here” discussing the pressures and complexities of our technologically interconnected age. He focuses especially on non-violence in the Civil Rights movement, how it worked in the US, how Gandhi’s movement worked in India, and why non-violence might not work right now in Tibet. 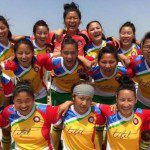 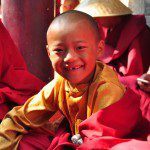 March 17, 2017 Buddhist Monastic Life in China (Photos)
Recent Comments
0 | Leave a Comment
"Well explained. Dholavira is also one of the largest site of Indus Valley civilization. It ..."
Kirti Bajaj Major Sites of the Indus Valley ..."
"Nice write up Justin."
Catalin Newport In Hong Kong, the Bodhisattvas wear ..."
"I used to idealize Tibetan Buddhism. I studied with some senior teachers from Shambhala and ..."
Metis Buddhism, patriarchy, abuse, and violence: we ..."
"its almost as if yoga can't be associated with hinduism, it's like a taboo for ..."
edl Can Western Appropriation of Buddhism, Mindfulness, ..."
Browse Our Archives
Follow Us!