Only then can they put it to rest. 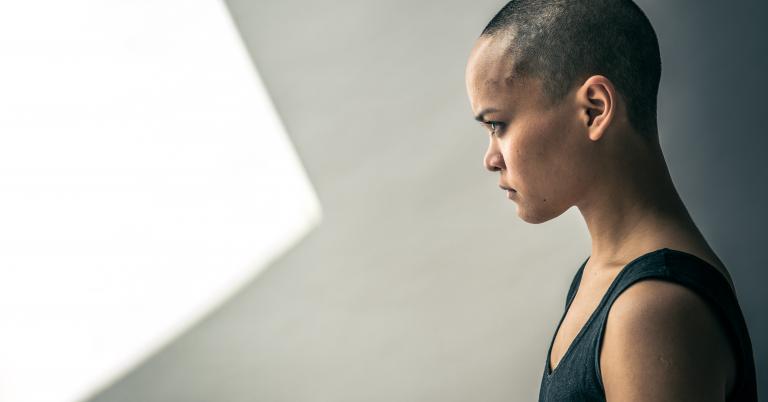 Anger is so demonized in Buddhism. I have felt quite angry myself over the years because as a Western nun I was completely abandoned by the Tibetan hierarchy and the lay community. I also started to understand the power of channeling moral outrage into social justice. But I now also see that there is a time when we must negotiate.

If the energy that builds up in anger does not lead to justice or being heard, it can turn into resentment and a desire for revenge. It can turn into despair and bitterness. If people feel they have lost but were treated fairly or that a just/fair system was in place, they find that it is easier to compromise. That system of justice is not there for Western nuns in the Tibetan system.

Research show that anger can be a natural human emotion to get attention when we are being abused or not heard. Research also showed that 2/3 of the time, showing anger actually helped people listen more and realize the importance of what was being said and that the angry individual felt empowered. History shows how civil rights and workers’ rights leaders used anger channeled into moral indignation to get results. Leaders like Cesar Chavez and Martin Luther King Jr did this.

However, these leaders also knew how to de-escalate anger when the time was right and compassionately engage in meaningful dialogue with their opponents to negotiate for change and tolerate difference. They staunchly advocated nonviolence and called off rallies or fasted when they sensed that anger was creating violence. So here we can see a wholesome kind of anger for change vs an anger that just goes downwards and leads to bitterness, hatred, and violence or the wish for revenge. Anyone who avoids trying to understand their own or others anger is not really tapping into the full human condition or able to offer justice.

“To avoid that fate, we have to appreciate how anger works. Ordinary anger can deepen, under the right circumstances, into moral indignation—a more combustible form of the emotion, though one that can still be a powerful force for good. If moral indignation persists, however—and if the indignant lose faith that their anger is being heard—it can produce a third type of anger: a desire for revenge against our enemies that privileges inflicting punishment over reaching accord.”

I understand the frustration and heartbreak of looking at systems and seeing that they are broken and will never accommodate you. Sadly, I feel that way about Tibetan Buddhism for Western nuns and Female Western Teachers. We have people who are so brainwashed right now they are trying to reinstate teachers who committed multiple rapes. We have lamas who are so comfortable that they will never slide over and make room for women, let alone people of another race.

We will have to take the teachings (with respect and gratitude, in their completeness) and create infrastructures where there are not huge power imbalances, where sexual abuse is not tolerated, and where women have equality and a voice; where Western culture is present and understood not as only a weak materialism but the good bits (like democracy, social justice, women’s empowerment, science, etc.) are honored and our messy past/present (white supremacy/colonialism/patriarchy) are also owned and not repeated.

“It is not enough for people to be angry,” Martin Luther King Jr. told an audience at Carnegie Hall in February 1968. It was the 100th anniversary of the birth of W. E. B. Du Bois, and King hoped to remind those in attendance of his teachings, but also of his methods. Du Bois, King said, had been an angry radical his whole life. He had furiously called for resistance. But he had also sought to make his enemies into allies. He had overcome his anger in the hopes of finding peace.”

This article is inspired by a much longer article called “The Real Roots of American Rage” from the Atlantic. Quotes in this article come from that article.

Photo by Frank Busch on Unsplash 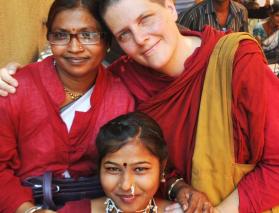 Ayya Yeshe is an Australian Buddhist nun, socially engaged activist, aspiring bodhisattva and mystic traveler. She is the founder of the Bodhicitta Foundation in India and splits her time between India and Australia. Her teachers are Sakya Trizen (the second highest Lama in Tibetan Buddhism) and Ven Thich Nhat Hanh, the Nobel Peace Prize poet and peace activist. Ayya Yeshe is the author of ‘Everyday Enlightenment‘ published by Harper Collins and is featured in the documentaries ‘life beyond the begging bowl‘ and ‘Through the Eastern Gate‘. She is also made a Buddhist chanting CD with one of Australia’s top world music groups – India Jiva called ‘Dakini’. 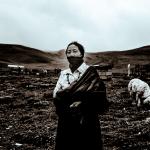 December 12, 2018
On "feudalism" in Tibet and Chinese use of the scholarship of Melvyn Goldstein
Next Post 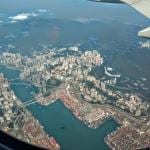 January 17, 2019 A wrap-up of 2018 life adventures (a short version)
Recent Comments
0 | Leave a Comment
"https://www.theguardian.com..."
Donalbain Vaccines, Pharmaceutical Companies and the CDC
"I've read that borderline persons have a high sense of fairness and BPD is soooo ..."
steven solomon Borderline Personality Disorder and Buddhism (IV)
"I came across this site by accident, It reminded me of a story about two ..."
quacknduck Tourists: Buddha Tattoos are Taboo; as ..."
"eMudhra Limited is a certified body, licensed by the Government of India. eMudhra operates in ..."
Mycaportal Buddhism: Dzogchen and Mahamudra
Browse Our Archives
Related posts from American Buddhist Perspectives