Church Marketing Sucks: What the U.S. Church Can Learn from Kendall Jenner and Pepsico’s Blunder 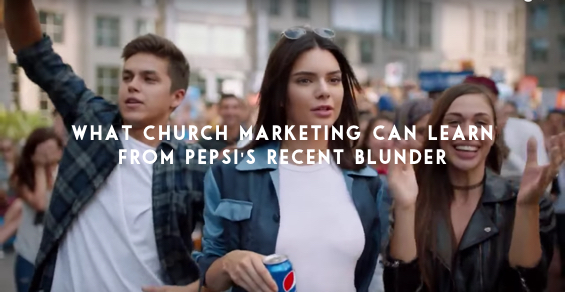 Quick Question (answer without stopping to think): Who’s thought to be the most influential Christian today?

While I don’t have the research to prove it’s any one person, I can say with confidence that it’s none of the guys listed above.

What I can say with confidence is that it can be whittled down to being either Kanye West, Justin Bieber, or one of the Kardashians.

“We consider accolades across numerous fields, global impact through social media and overall ability to drive news.” – TIME Magazine [on their criteria for choosing their list of most Influential people]

This week one of the biggest stories was sadly Kendall Jenner and a Pepsi commercial. I say “sadly” because there are so many other far more important things for us to be consumed by.

Yet, here we are…

When I step back and look at the genius of this commercial I can’t help but think or feel Kris Jenner’s genius was what empowered this ad from just another commercial into being in front of a vast majority of the American people.

Nothing about this commercial was a mistake:

Released on the anniversary of the very day in which Martin Luther King Jr. was assassinated this supposed “tone-deaf” Pepsi commercial hit the air. Indiscriminately utilizing various images that [unknowingly] tap into the emotions of various people and their movements that engage a certain type of millennial viewer; then, enters Kendall Jenner; and thus begins the confusion…

Stepping out of her privilege, off of her throne she graces the normal with her presence; Kendall, born into fame, yet to be seen at any recent protests, let alone on the front lines of these protests, is then projected by Pepsi as this sacrificial peacemaker; risking her life for the sake of the oppressed; the anti-thesis of a hero attempting to leverage our emotions succeeds without question.

This feeling of confusion in which elicited an unexplainable type of emotion, this is called bewilderment; or rather, what we know today as being “triggered.”

None of this was a mistake; all of this was done on purpose; after all, it’s marketing. And, while were at it, lets be honest, I don’t know if Pepsi or Kendall Jenner will be negatively effected by this, in the slightest. In fact, I’d be shocked if either Pepsi or Kendall failed at financially gaining from this supposed “blunder.”

In the end, Pepsi and their commercial got more coverage than it would have gotten during a 60 second Super Bowl time slot.

It’s embarrassing in that it’s too easy.

It’s as if those of us millennials have some kind of emotional, social, and/or developmental delay in which research marketers all too easily can take advantage of.

Because, where the trend is, there the millennial will be.

But here’s the crux of the matter: Church Marketing Sucks, and It’s Killing Our Church

The same tactics that are diluting our nation, are the very same tactics being implemented by the evangelical pastor.

Historically speaking, I can’t say that anyone has ever done more for the radically oppressed, the destitute, and the unempowered as the Church has done (both good and bad). As the “progressive” Church (i.e. the Church) it’s the question of whether or not we can minimize the damage while accentuating the good. Is it possible for us to utilize this very same research and psychology as a means to actually do good for the poor and the powerless? Is it even possible for us to ethically utilize similar tactics as a means of combating injustice?

As I’m not so sure that our Church needs newer and more radical modes of prophetic confrontation; I’m not sold on the idea that we should continuously adopt the creative mechanics of these cultural revolutionaries as a means to subvert and disempower corporate oligarchy. Pepsi, regardless of this recent opportunistic marketing win, this is nothing but a blip on the radar screen; their institutions existence relative to that of our Churches is a flash in the pan. It would then seem futile for us to veer off course and take on their methods.

Just as there’s been a separation of Church and State, I feel there needs to be, at the very least, a distinguishment between the Church and our given mainstream culture.

As most might be unaware, the Church, in the past few decades, has in fact widely used these tactics, strategies and psychological research. But what we’ve discovered is that this doesn’t create disciples it creates customers and very temporary consumers.

As a result, our numbers and attendance have dwindled. It’s not that people are leaving Christianity so much as they’re noticing the Church has lost its meaning (i.e. it’s not Christianity).

This is a reminder to the trendy hipster evangelical (which unfortunately includes me): we’re not a business we’re the Church of Jesus; we should not allow our message to be consumed by our culture; we should simply step back and allow the Spirit to guide our Church within such a destitute and broken culture.

Which leave us off with a not-so-quick-question: Is it even possible, in this day and age, to reach the masses without a shallow-individualistic-consumeristic model? If so, how so? Or, is this the wrong question? 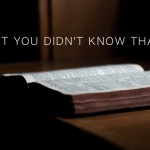 April 6, 2017
Biblical Prophecy Unequivocally Proven to be False
Next Post 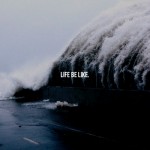 April 24, 2017 “But We Rejoice in Our Sufferings…”
Recent Comments
0 | Leave a Comment
Browse Our Archives
Follow Us!