The Evangelical Delusion: “We Are the Persecuted Minority” 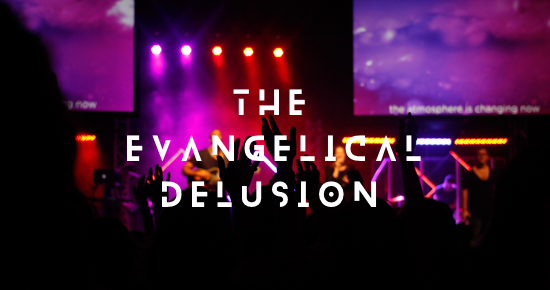 Growing up in the white evangelical church I always found there to be a disconnect. No matter how hard I tried to fit in I couldn’t seem to find any connection with my surroundings. I didn’t understand and neither could I fully comprehend why. I grew up in the same neighborhood(s), wore the same clothes, and there were more than enough kids that were my age, shoot, my parents were even white (I’m adopted). So then what was it?

It wasn’t until later on in life that I figured out, two people in the same area can have two very contrasting experiences. I think this is why it’s said, “no siblings have the same two parents,” as perceptions from person to person will vary far too much for any sound comparison.

Which, swinging it back around, brings me to my understanding of why I’ve always been unable to connect with the Evangelical version of Jesus.

For me, the white evangelical Jesus they handed me was simply un-relatable. He didn’t see my experience. Their gospel didn’t breathe life into my experience, it further perpetuated a societal status-quo of nothingness.

When the pastor professed a Eurocentric Gospel their version of Jesus couldn’t handle or comprehend the weight of an adopted POC’s experience.

You see, if the mechanics of their structure (read: ecclesiology) are centered upon the congregant then, ironically, this negates a vast majority of the New Testaments content (e.g. the life of Christ, the gospel Christ professed, Matthew 25, etc.).

Which is why it’s even more confusing to me, in hearing that evangelicals continue to believe, more so today, than they did two years ago, that they are the oppressed class; that they (white evangelicals) face more discrimination than blacks, Jews, and, most recently, even muslims here in America.

It’s nothing short of bastardizing the Gospel and defecating on the very cross of Christ; that is, they’re not just murdering Jesus (the oppressed person) by playing God, but they’re also simultaneously claiming to being Jesus, the ones unnecessarily crucified. The irony is that over the last 2,000+ years, since the very crucifixion of the historical Jesus, nothing has changed. The people chanted Hosanna on Palm Sunday and then all of the sudden wanted him dead the very next Friday.

If you’re trying to make sense of this, don’t; you can’t rationalize the thought process of a maniacal sociopathy.

Although, We Can Explain Why This is So Bad For Everyone…

It’s this very type of mindset that keeps the Church from being the Church; that is, serving the poor, fathering the fatherless, and being a voice for the voiceless. Because, if you believe you are the poor and the powerless (when in reality you’re not) your Gospel becomes nothing but self-serving.

“Build God a mega-homeless shelter.”
— The Good God Above! pic.twitter.com/XLezXwcAhf

When we think of the megachurch today, does the term “self-serving” not describe our consumeristic-type-of-pseudo-Christianity; a place in which our worship services have become more about hedonism than self-sacrifice; a place in which we’ll spend millions on lighting, buildings, and instruments for the sake of entertainment while turning our backs on displaced immigrants, health care for the sick, and equitable living for the jobless.

While this feels good, research has shown (across the board) instantaneous gratification is no sound replacement for living a meaningful life found in the form of self-sacrifice. And if one is constantly being fed the rhetoric in which places them at the center, while simultaneously exalting them as the victim being crucified, then a meaningful life is going to be lost.

But, Lets Be Fair…

We are all hurting.

If we’re not careful all of this becomes nothing but an “us vs. them” narrative.

A narrative in which both sides of the same coin some how manage to lose.

The fly over states include a large portion of our country that’s been made to feel as if they don’t matter. Farmers have been bought out, shut down, and replaced by huge corporations, yes, providing food at cheaper costs but while creating unemployment for, mostly, white Christian families. Disease, illness, depression/anxiety, and impoverishment are very real to both white, black, and everyone else in between.

It’s easy to react viscerally and become angry immediately as a POC. It’s tough to stop and recognize that this research and data was collected from a survey regarding LGBT topics of discussion. Which looking at the last 5 years or so we see rulings such as the Obergefell v. Hodges in 2015 in which legalized same-sex marriage. Which leads us to ask was this research unintentionally misleading to those being surveyed?

Not to mention the nuance found in pinning down how we define the word, topic and understanding of “discrimination,” and what it is in the first place.

With this said, yes, social conservatism has lost a handful of battles, possibly impacting the recent given perceptions of white evangelicals. While we must remember that 5 years of discomfort and frustration are not synonymous to centuries of continued oppression; all the while, simultaneously understanding that the past is just a story in which we tell ourselves, it’s not something in which has to dictate how we view ourselves and/or treat others.

Point being: we’re all people, fighting the same battle that is this life. That’s it, that’s all.

How can we team up conservatives and liberals, Muslims and Christians, Asians and Hispanics, rich and poor, U.S. citizen or “illegal immigrant,” all team up and create an equitable world in which we’re all afforded a comfortable life? Is this even possible? As the Church can we bring glimpses of heaven here to earth?

You want to begin rebuilding the Church? Then think of a loved one who’s on the other team (e.g. conservative, liberal, etc.) and do something for that person in which you know would uplift anyone who’s having a tough week.

27 “But to you who are listening I say: Love your enemies, do good to those who hate you, 28 bless those who curse you, pray for those who mistreat you. 29 If someone slaps you on one cheek, turn to them the other also. If someone takes your coat, do not withhold your shirt from them. 30 Give to everyone who asks you, and if anyone takes what belongs to you, do not demand it back. 31 Do to others as you would have them do to you.”

[if you enjoyed this post, head over and check out an ongoing conversation with my interfaith comrades at Crossing the Streams where we most recently discussed religious freedom and how we of different faiths can begin chipping away at bigotry this past week] 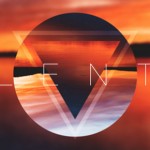 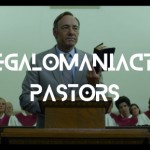 March 22, 2017 Megalomaniactic Pastors: What if Your Pastor’s a Functional Psychopath?
Recent Comments
0 | Leave a Comment
"Well said."
Jimhere Redefining the Fourth of July
"Sorry. That is not correct."
Bob Shiloh The American Church and Our Ties ..."
"Jesus was tortured and executed by the Romans, who viewed him as an existential threat ..."
Mike Flood The American Church and Our Ties ..."
"Or maybe they just no longer know which way is north."
Robert LIMB “Almost Half of Practicing Christian Millennials ..."
Browse Our Archives
Related posts from Andy Gill