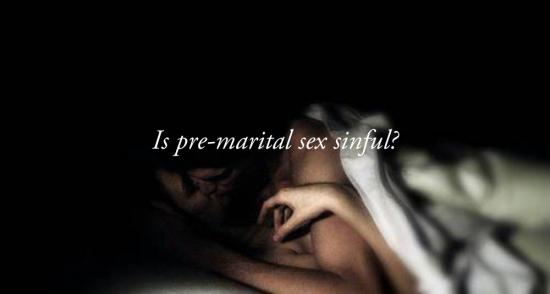 I highly doubt that having safe and consensual sex, before marriage, is something God would hold against you; or, anyone for this matter…

If you’re an evangelical, the chances are, you’ve had a conversation that went something like this:

You: I mean, it’s mediocre I’m praying every day but I’m not, like, “unceasingly…”

Small Group Leader [Shaking his head, interrupts, and puts his hand on your shoulder]: Broseph, you’re turning your back on God. You’re distancing yourself from his love. That’s why you’re struggling, just pray and read the bible more.

So, I did just that; I prayed more and I dug deeper into the Bible.

Eventually, the more I read through scripture the more confused I got in regard to what my pastors were saying; because, nowhere in the Bible could I find premarital sex being explicitly condemned in the New or Old Testament. Reading on I saw that neither does the text incontrovertibly layout what exactly is considered to be sexual “immorality.”

There were King Solomon and his objectification of women seen through his “possession” of 300 concubines. Then there was Lamech who married two women [Genesis 4:19], and of course, I stumbled across King David, Abraham, and Jacob, each of these men infamously taking on multiple wives.

The Bible began to read more like an episode of Sister Wives than a book of black and white God-given morals [1].

All that to say, it wasn’t a secularized way thinking but my understanding of the text that handed me a different guide than the church taught me on Sunday morning.

“Let’s not even go into some of the Bible’s most chilling teachings regarding marriage, such as a man’s obligation to keep a new wife who displeases him on the wedding night (Deuteronomy 22:13-21), his obligation to marry a woman he has raped (Deuteronomy 22:28-30) or the unquestioned right of heroes like Abraham to exploit their slaves sexually. I wonder: Have the “biblical family values advocates” actually read their Bibles [2]?”

I began to wonder, “What if the laws and rules we’ve established around this idea of premarital sex were more of a cultural normality than any biblical mandate…?”

To clarify, what might separate many of us from God is not the way in which we’re living but rather our churches misguided moralistic teachings. This was a way of thinking that demonized sexuality, not just homosexuality, but anything having to do with sexuality that fell outside the confines of marriage.

We call this “repression.”

What if our sexual impulses were because we are normal humans biologically predispositioned this way? What if our natural desire to fornicate, and, this supposed separation from God, had nothing to do with our lack of reading the Bible, attending church, or praying consistently enough [3]?

You see, if God were omnipresent, and nothing could separate us from His love [Romans 8:37-39], why then would any single one of us need to work harder, in order to be in His presence?

We fight and we struggle against this overwhelmingly crippling amount of guilt and shame… all of us just pining for the approval of God; an approval that we’ve already received.

I think that if you were to ask Jesus or GOD Himself what you’re worst sin was He would respond,

Because, after all, “Each of us is more than the worst thing we’ve ever done.”

One of the bigger more ironic sins is found in our modern day pharisaical leadership who’ve attached this awkwardly repressive stigma to a God-given gift; changing his doctrine; leveraging it for their gain; manipulating and coercing vulnerable congregants who are otherwise suffering…

We’ve dogmatized the Bible by making it into a set of rules that have become damagingly black and white.

Pete Enns says it best, “The Bible is not an instruction manual but instead a model for our spiritual journey.”

Is pre-marital sex a sin? My response is that I’m not sure this is the best place to start, regarding this topic. I think the better question is, “Is pre-marital sex the wisest thing for this particular relationship?”

Other questions to consider: Who defines what marriage is? Does God need a legal document certifying two people to then be officially married…?

[1] Not to mention that in 2 Samuel 12:8, the prophet Nathan said that if David’s wives and concubines were not enough, God would have given the king even more. To be clear, polygamy and bigamy are not overtly condemned in the Christian Old Testament – but I mean, that’s if we’re being “biblical.”

[2] Greg Carey, What Does the Bible Actually Say About Marriage?

[3] This is not saying these practices and disciplines don’t work for others, it’s just saying that we don’t need to universalize them applying them to everyone.

[4] Rob Bell says this first and way better and far more eloquently here in this message. 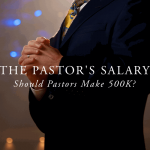 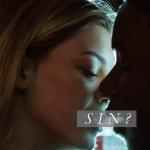 Jan. 17 Flashback: The Boy Who...
slacktivist