The Problem of Loving the Sinner but Hating the Sin 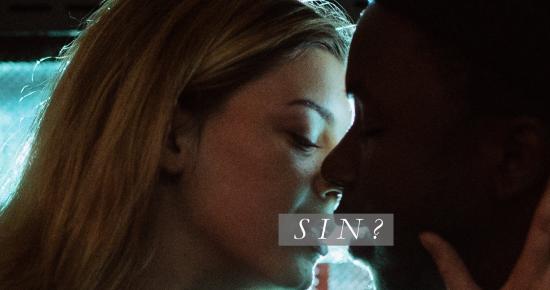 The Problem of Loving the Sinner but Hating the Sin

We’ve all heard it before: “God wants us to love the sinner but, hate their sin.”

It sounds great. Which is usually why too many of us so freely accepted and then [unknowingly] internalized this as a defining mantra moving forward in life.

But, as we’ve grown older, naturally, we’ve begun to dig a bit deeper; pick apart what we’ve been taught and re-evaluate why we believe all that we’ve come “know.”

Statements such as these (love sinners; hate their sin) begin to not completely sit right with us. It’s not that we disagree, necessarily; for some of us, it’s that we’re just unsure why or if we should have ever agreed with it.

Nothing I’m about to say is black and white; sometimes, using discernment to make a sound judgment is necessary; other times, we just use this platitude to excuse our love for needlessly and aimlessly judging others out of our own insecurity.

Who or what decides and defines sin?

Defining sin is like nailing Jell-O to a tree; just don’t.

You see, in order for there to be “disorder,” there has to be a predetermined order. In order for someone to be labeled a “sinner,” there must first be a determined and agreed upon definition of what exactly sin is.

Is sin merely an action or, is it a state of being?

Because, if it’s only an action, then the question becomes, should these types of “sinful actions” ever be the sole definition of a person…

Should sin ever define a person?

If the gospel and very mission of Christ was integration, then exclusion through reducing someone to being defined by an action is the antithesis of what Jesus stood for.

It counterintuitively says, “your sin is beyond what Christ did on the cross”; it says, “there is such thing as a human action that could defeat the love of God’s”; it says, “other people have the ability to define your identity.”

The fact of the matter is this: humans defined “sin” but their definition of sin doesn’t have to define you…

Historically speaking, we need to remember it wasn’t until relatively recently kissing was allowed on television, women could choose how they’d like to dress, and interracial marriages became legal (1967).

What then changed? Why were these things deemed wrong “in the eye of God’s” and now suddenly… Are they no longer wrong?

Did this “never changing” God suddenly decide to change His mind?

In a past post I wrote titled “Four Things You Should Know Before Reading the Bible…” I mentioned this very important factor:

“The Bible, it’s an ever-changing and never finished set of manuscripts. It’s a document that’s been highly redacted and continuously edited.”

In other words, men (and their politics) have been deciding what this collection of manuscripts says for centuries on end. The council of Nicea is a perfect example of these politics. It was the religious elite, leveraging these texts for their own personal gain.

Because, a vast majority of the things we’ve been told are sinful, evil, wrong, or outright disgusting… aren’t remotely any of these things; they’re just part of the human existence.

The weight of guilt and shame holding us back from being the person God created us to be… this is more than enough to rob someone of this self-actualizing form of Joy.

It’s not just stripping one of their autonomy, that is, their freedom, but robbing them of opportunity for any type of joy found in the Spirit (i.e. love, joy, peace, patience, kindness, gentleness, and faithfulness).

The Good-news about this…

This is why Jesus loved the sinners… they were people. Jesus didn’t see them as sinners (e.g. sexually immoral, drunkards, prostitutes, thieves…); He saw them as people wrongfully labeled by a broken system being misused by the religious elite.

“The behavior required by Jesus is not a passive surrender to evil, but an active, non-violent resistance of the powerless with the aim of showing up injustice and overcoming it [1].”

Love, joy, peace, patience, kindness, gentleness and self-control… they’re not something we earn; once all of the clutter imposed upon our lives and minds is gone – the sky, figuratively, clears – we can more easily begin to see these so-called “Fruit of the Spirit,” they were always there; they weren’t something to be earned.

In a world where Jesus overturned tables, the so-called “sinners” were also not the one’s Christ called to repent; e.g. the prostitutes, thieves, drunkards, or outcasts. These sinners, if anyone, were, at best, the Pharisees, Scribes, and Sadducees – e.g. the religious elite; the pious, the oppressors; the very ones judging and condemning people for not following their made up rules.

“The prostitutes are entering the kingdom of God ahead of you.”

– Jesus (speaking to the religious elite)

[1] The Historical Jesus: A Comprehensive Guide, by Gerd Theissen and Annette Merz; 370. 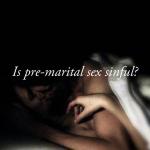 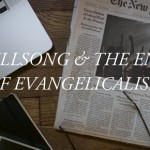